How To Defeat Berserker Hardrefill In God Of War Ragnarok 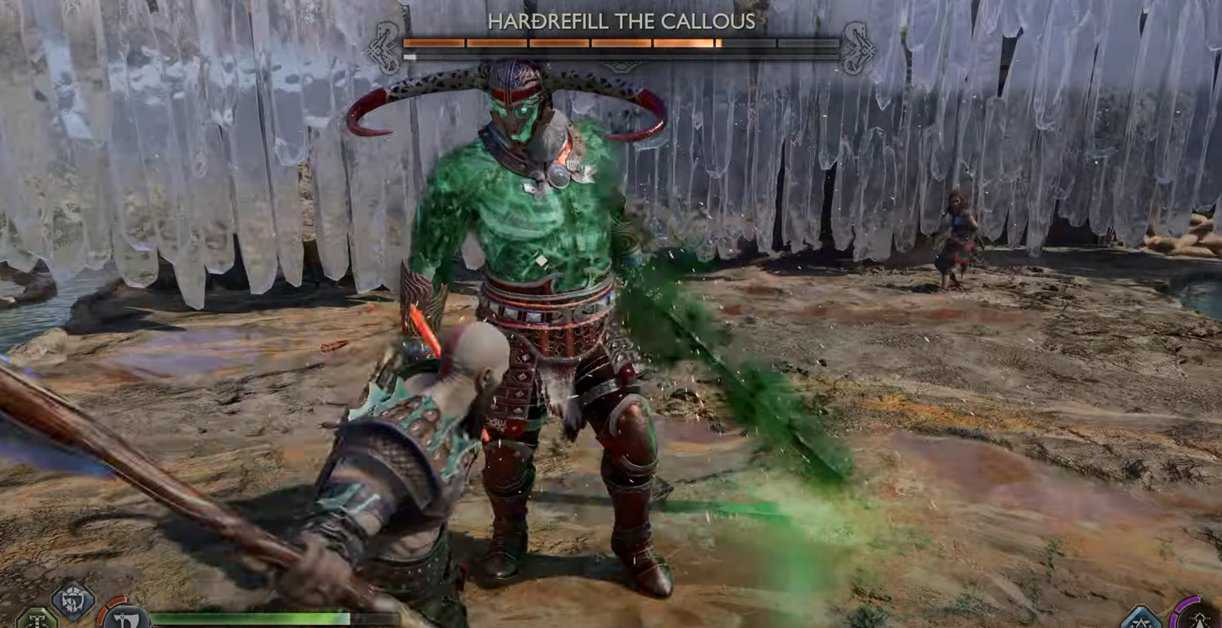 Hardrefill the Callous is one of the optional Berserker bosses in God of War Ragnarok you will fight after interacting with the berserker gravestone in Svartalfheim. This boss is a little easier to beat than others but also has some deadly moves.

If you are struggling to defeat Hardrefill, this guide will help you with the best strategy to defeat him in God of War Ragnarok.

Where to find Hardrefill the Callous

You will find the berserker gravestone for Hardrefill in the western part of the Nidavellir to the docks. It is the same place where you encounter Durlin at the start.

Simply interact with the gravestone and the berserker miniboss will spawn.

Berserker Hardrefill is a bit easy to defeat compared to some of the other berserkers you might have already faced in GoW Ragnarok. Simply avoiding and dodging his attacks and making counterattacks will work for you.

But he still has dangerous attacks. For example, Hardrefill’s big sword can damage heavily if you don’t block it using the shield.

He has another dangerous move that involves jumping and smashing on the ground. Again, it can lower your health significantly.

However, berserker Hardrefill is still pretty slow, so you can take him out easily by following our strategy.

This boss uses a giant sword, so a shield is a must for you. Using the shield, you can block his close-quarter attacks and deal counterattacks with the sword.

Whenever the boss gets back and leaps towards you, roll to the left or right to dodge his attack. You should be okay with dodging the attack since Hardrefill is pretty slow.

Now when it comes to his most dangerous attack, in which he jumps into the air and smashes at your position, you will need some good timing.

The first thing to note about this attack is you will see a green sign on the ground, which gives you an idea of the boss’s landing position.

Now to dodge this attack, don’t roll away as soon as the boss jumps into the air. Instead, you have to wait for a second or so before moving out.

Alternately you can use a simple dodge when he jumps into the air and then rolls again to get away from the landing position.

We want to get away from the landing position because this attack also has an AoE, and we don’t want to be in it. After the smash, you can leap toward the boss and land some good hits.

Just follow our blocking, dodging, and hitting strategy to take out Hardrefill quickly.

You will get the following rewards for defeating Hardrefill the Callous in God of War Ragnarok: