How To Defeat Berserker Fraekni In God Of War Ragnarok 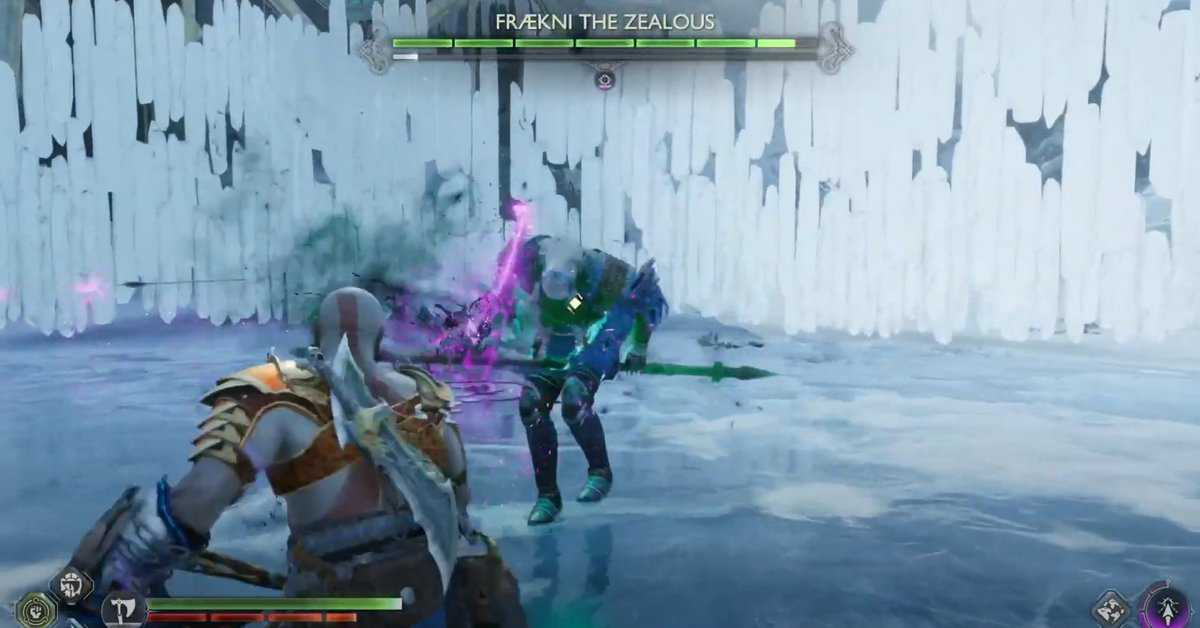 Fraekni the Zealous is an optional boss in God of War Ragnarok that you fight after interacting with a berserker gravestone. She is relatively easy to fight once you get familiar with her moves. We have prepared this guide to give details about Berserker Fraekni in Ragnarok including her location and tips on how to defeat this mini-boss.

Where to find Berserker Fraekni

Throughout Ragnarok, players will encounter a total of 10 Berserker Gravestones which spawn these optional bosses. In order to fight Fraekni, you must interact with a Gravestone on the north side of Tyr’s Temple. You will find it right next to the Shores of Nine.

How to defeat Fraekni the Zealous in God of War Ragnarok

Fighting with this boss is easy if you follow our Strategy. Fraekni will use three primary attacks throughout the fight. Two attacks are ranged, and one is melee.

It can get tricky to block the dash attack, so it would be better if you tried to dodge it. Whenever the boss makes a little distance from you, she will use the dash or smashing attack.

She will make a little distance from you in the second ranged attack and then leaps into the air for a fast smash attack with her axe.

It can severely damage you, so try to move away from it. Her third attack is the most dangerous one. In this, she gets close to you and jabs with her axe.

Now you know about her attacks, it’s time to tell you about the Strategy you can follow to take her down in no time.

The strategy to defeat Fraekni is pretty simple. First, as the fight starts, get close to her and attack using your axe. Don’t give her time to move away, and continue hitting her as much as possible.

She will use one of the two ranged attacks when she gets away. You can easily dodge these attacks by moving to a side, as she usually comes straight.

But make sure to hit her with the axe again before she gets away from you. You can use a spear-throw attack to deal significant damage when she gets away.

You can stay close to the arena’s wall when she attacks you from a distance. Doing this can make her hit the wall while using her ranged attacks and you get some extra time to land some high damage dealing attacks with spear and axe.

Just repeat this process, and you can take her out in no time.

You will get the following rewards for defeating Berserker Fraekni in God of War: Ragnarok.