How To Defeat Flame Phantom In God Of War: Ragnarok 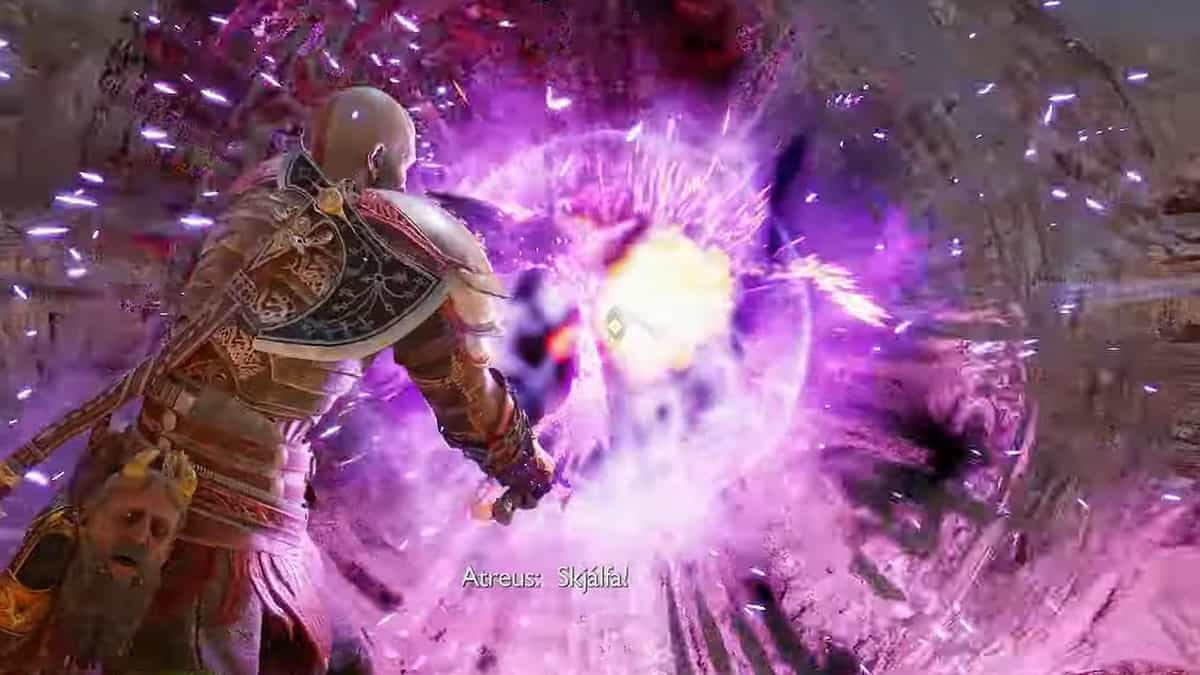 The Flame Phantom is another primordial mini-boss that you must defeat to advance in the main storyline in God of War: Ragnarok.

This ancient creature is similar to the Frost Phantom except that it uses fire instead of frost for burning damage. The rest of its combat mechanics and attack patterns or mostly the same.

The following guide will go over the Flame Phantom and how you can defeat it in God of War: Ragnarok.

You will encounter the Flame Phantom during the Summoning quest. Head to Surtr’s Forge in the Muspelheim realm to find the mini-boss on the Burning Cliffs.

Sweep Attack Combo: This is the initial attack of the Flame Phantom where he uses one of his tendrils to initiate a long-range horizontal sweep attack followed by a vertical overhead slam.

It is best to either block or parry the sweep attack to stop the Flame Phantom from completing his combo. This attack is very dangerous because Phantom Flame can combine it with other attacks like the Magma Shockwave or the Twin Lava Slam attack.

The only way to counter this duo of attacks is just by evading them.

Heavy Magma Sweep: It’s basically like the earlier sweep attack but this time the Flame Phantom shoots out a bunch of magma which you definitely need to evade as blocking them would not only break your guard but cause you extra damage.

The only way to counter this attack is to keep evading the attack and be vary of the yellow ring indicator that forms during the attack pattern.

As soon as you see the indicator the first step is to parry the sweep attack and once you do this it will leave the mini-boss open to counterattack.

Twin Lava Slam: This time the Flame Phantom uses his tendril to carry out two unlockable overhead attacks. These are dangerous for you because they inflict massive burn damage.

Like the previous attack this time around as well you dodge this attack instantly and this time there will be a red ring indicator during this attack. You need to also be aware of the lingering flames that are a result of this attack.

Lava Geysers: The Flame Phantom has the ability to instigate Lava geysers around you. These act like detonation mines, and it is best to instantly evade them.

This attack is dangerous because during the fight this attack is further modified with the improvement of massive lava clusters. You just need to keep dodging it to escape this attack pattern.

Magma Shockwave: As the name suggests, this time the Phantom Flame converts itself into a circular shape and fires a magma shockwave at you. This attack is not that effective it terms of damaging your health so you can simply block it with your shield.

Lava Quake: During this attack, the boss channels the runic energy into the ground, and this leads to an all-out unlockable Lava quake attack. If you come in contact with this attack you will end up with massive Burn damage since it’s unlockable.

This attack is indicated by the red ring indicator so it is advisable that once you see the indicator don’t try to counter, rather you should dodge it and keep out of his attack perimeter.

Magma Slam: In this attack, the Flame Phantom changes into a wave-shaped form. By doing this it increases its size and then it moves on you to perform the Magma Slam.

This attack is unblockable and extends wider than the rest of the attacks. It is indicated by the red ring and the only way to counter it is by dodging it before it comes into contact with you to avoid damage.

During the fight, the Flame Phantom will disappear for a little while to heal itself and the runic stones will appear in his stead and after a while, he will reappear to attack you.

How to beat Flame Phantom

The Flame Phantom is immune to all damage. You need to attack its runic core (the glowing purple sphere) to build up its stun meter. When the meter is full, the Flame Phantom will become vulnerable to damage for a brief time.

We recommend you use your Leviathan Axe from range as the safest option. Using Blade of the Chaos will require you to get a bit close, which is doable except that the Flame Phantom has a lot of mid-range attacks.

Something else to keep in mind is that the Flame Phantom does not have a traditional health bar. It uses the purple-colored Runic Springs surrounding the arena as its health. Hence, when you manage to stun it after building its stun meter, destroy these Runic Springs one after another to deal a ton of damage.

Take note that there are two Runic Springs easily accessible in the arena. There is, however, a third Ruinc Spring as well but which is almost hidden behind a rock formation. You need to use your Draupnir Spread to detonate the Runic Spring to take down the Flame Phantom in the end.

Atreus will help you build the stun meter. Always have him focused on the Flame Phantom.