How To Defeat Fiske In God Of War: Ragnarok 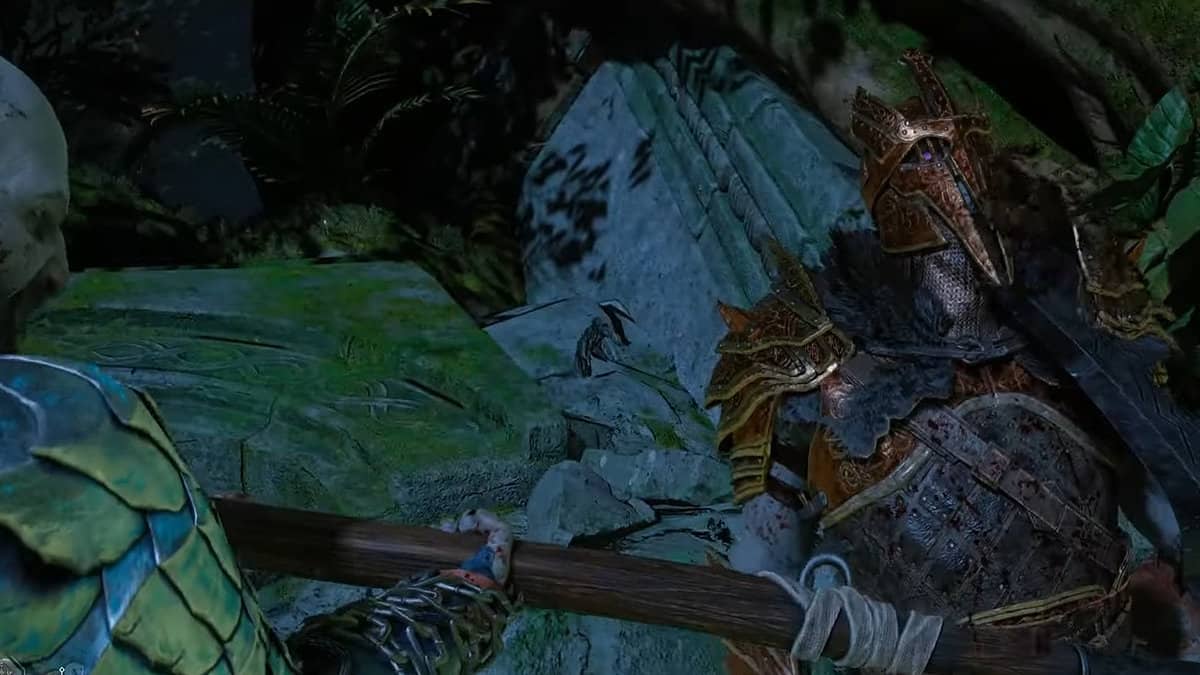 Fiske is one of Odin’s Captains and a mini-boss in God of War: Ragnarok. He is one of the most difficult opponents to defeat due to his massive stature and sheer brutal strength. He wields a Scythe which occasionally transforms into a spear to deal damage.

In this guide, we have explained all of Fiske’s attacks and tips on how to defeat him in God of War Ragnarok.

You will encounter Fiske at the end of the Abandoned Village during the sixth chapter, The Reckoning in the Vanaheim realm.

Follow the location given on the map above. Head through the small opening, left of the waterfall to enter a room where you will find Fiske on the other side, waiting patiently for your arrival.

Triple Scythe combo: This combo is performed at close range. Fiske performs a triple scythe attack where he raises his scythe and slashes you thrice while depleting at least 40% of your current health.

Scythe Slam: Using this attack, Fiske shoves his scythe onto the ground, creating a Bifrost shockwave, damaging you in the process if you get caught in its radius.

This attack cannot be blocked or parried.

Running Scythe Attack: Using this move, Fiske’s scythe turns purple and transforms into a spear as he locks it on you and sprints to your location to stab you multiple times.

Scythe Grab: This attack is quite deadly as it depletes 10% of your health with just one blow. Fiske will grab you by the neck using his scythe and then shove you onto the ground to perform this attack.

This attack can be blocked.

How to beat Fiske

Fiske starts off with a four-part health bar compared to your single health meter. His attacks are lethal, and if he performs his combo attack, you will lose half of your health from it.

Not to mention that most of his attacks are performed at close range, which gives you a signal to keep a safe distance from the mini-boss during the fight.

During each attack, Fiske will take a brief pause. This gives you enough time to perform your own heavy attacks; especially with the Dauntless Shield, and then run for cover behind some rocks.

To deal the most damage to Fiske, you must use your Spartan Rage as it will drain a lot of his health within a short period of time.

As you have drained much of Fiske’s health, wait for the prompt to appear and then press R3. In lethal fashion, perform a Finishing Blow to shove his own scythe in his throat to defeat him.