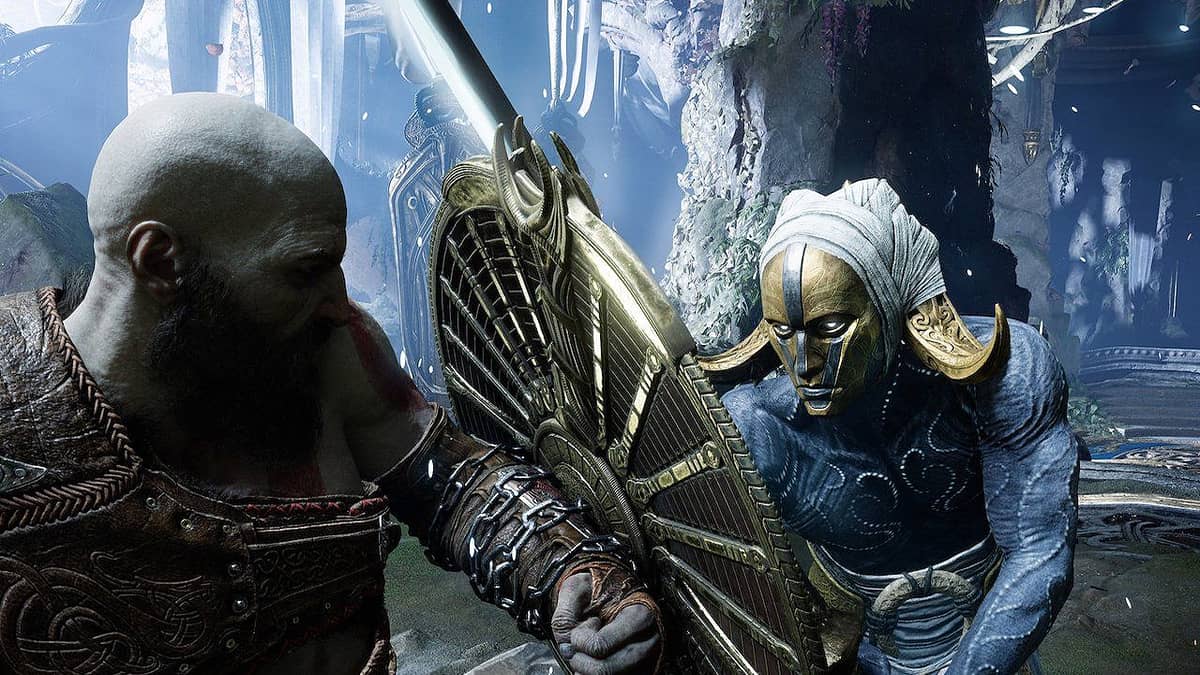 God of War: Ragnarok was revealed by Sony Interactive Entertainment during its recent PlayStation Showcase and in addition to known returning characters, the much-awaited sequel will mark the debut of some new ones as well.

The following is the complete cast of the game, or at least the cast revealed by Sony Santa Monica Studio for the time being. Take note that there are some spoilers lying in there for those who are yet to try out the 2018 God of War game.

God of War: Ragnarok will be the last installment in the previously believed Norse trilogy and naturally, the excitement for the title is quite high. It remains without a release date but is slated to arrive somewhere in 2022 exclusively for PlayStation 4 and PlayStation 5. 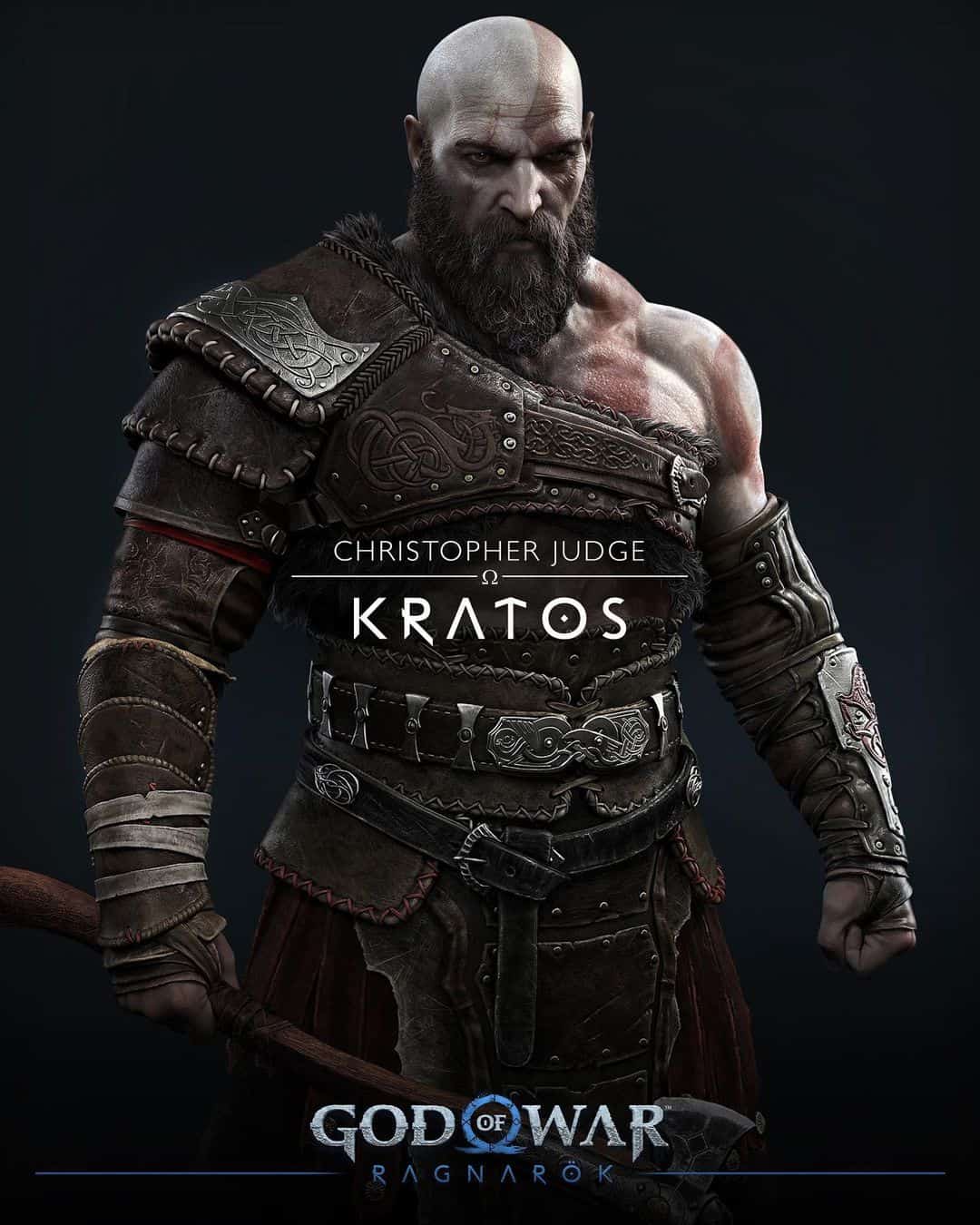 Kratos will continue looking over his son Atreus as they both try to stop the prophesized doomsday from happening in God of War: Ragnarok.

While still feeling the weight of his past mistakes, Kratos will not stop trying to spare Atreus the same bloody path which the Ghost of Sparta became known for, even if that means going up against Odin himself.

Kratos will be voiced by actor Christopher Judge (God of War) once again as he uses the Blades of Chaos to cut down all who dare stand in his way. 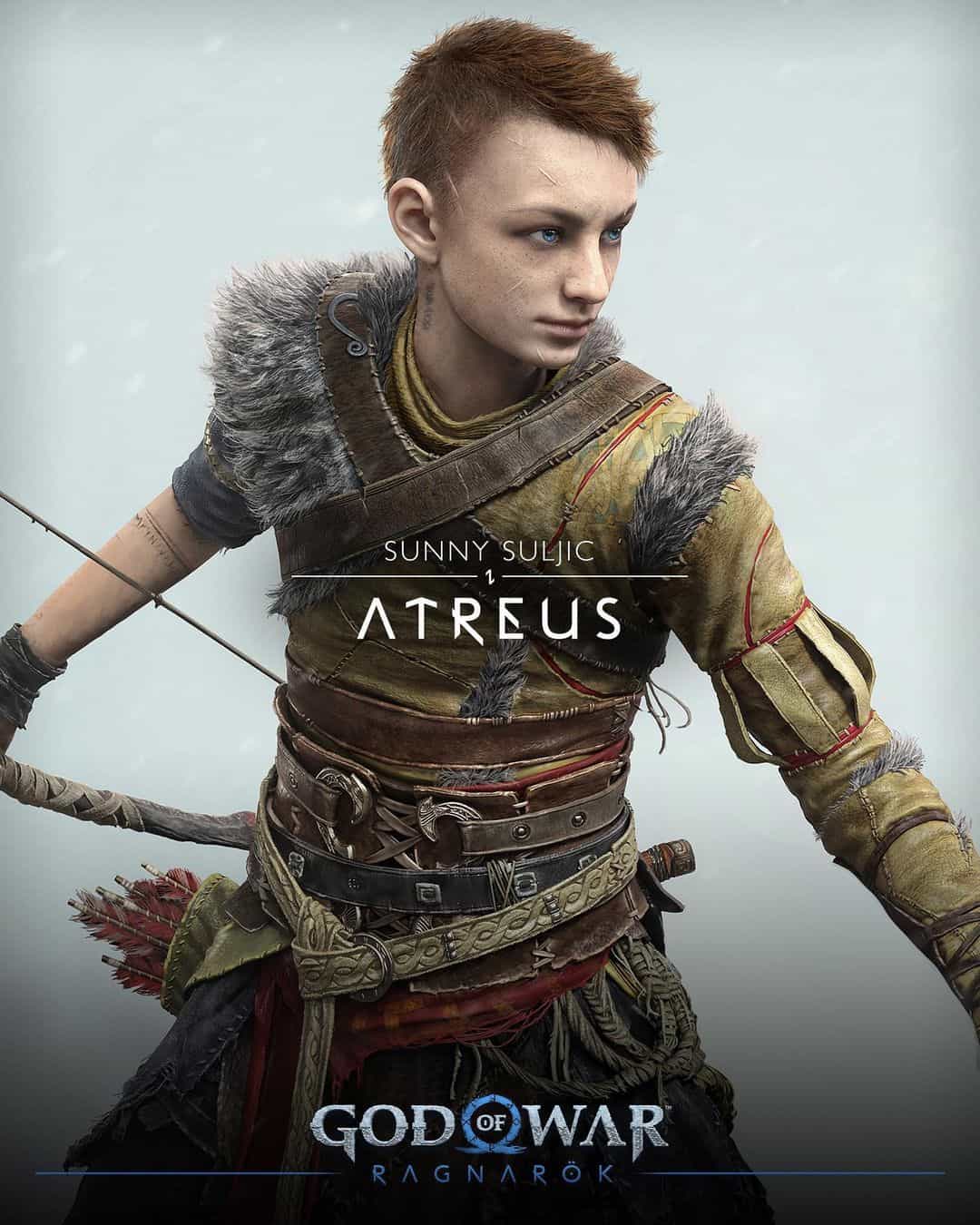 Atreus is now all grown up as God of War: Ragnarok picks up a few years after the events of its preceding installment. He is now even more curious than ever to understand who he actually is and what he is supposed to do.

Atreus was previously revealed to be Loki, the god of mischief in Norse mythology, or at least who he will grow up to be based on the writing on the walls. Kratos however does not believe in destiny and wants to save Atreus from going down the same path he did in the original Greek mythology-based trilogy.

Atreus will be voiced by actor Sunny Suljic (Mid90s) once again and will continue his bonding with Kratos. 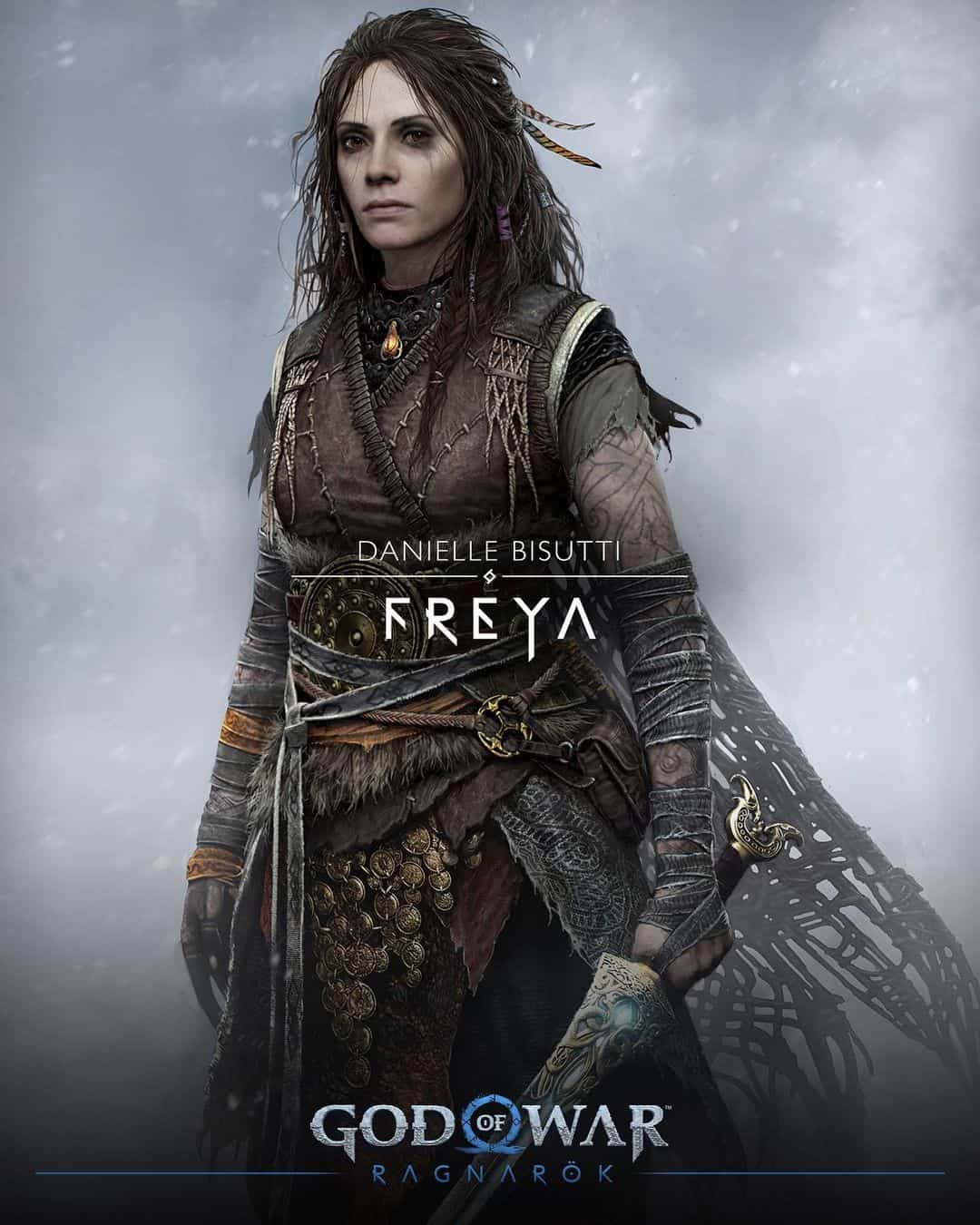 Freyja returns in God of War: Ragnarok but as an ally-turned-enemy. The former Queen of Asgard and goddess of beauty and fertility has sworn vengeance on Kratos for the death of her son, Baldur, in the previous game.

Freyja will be voiced by actress Danielle Bisutti (Insidious: Chapter 2) once again. She previously went looking for her Valkyrie wings which means that Kratos and Atreus will be facing the former Queen of the Valkyries in her true form. 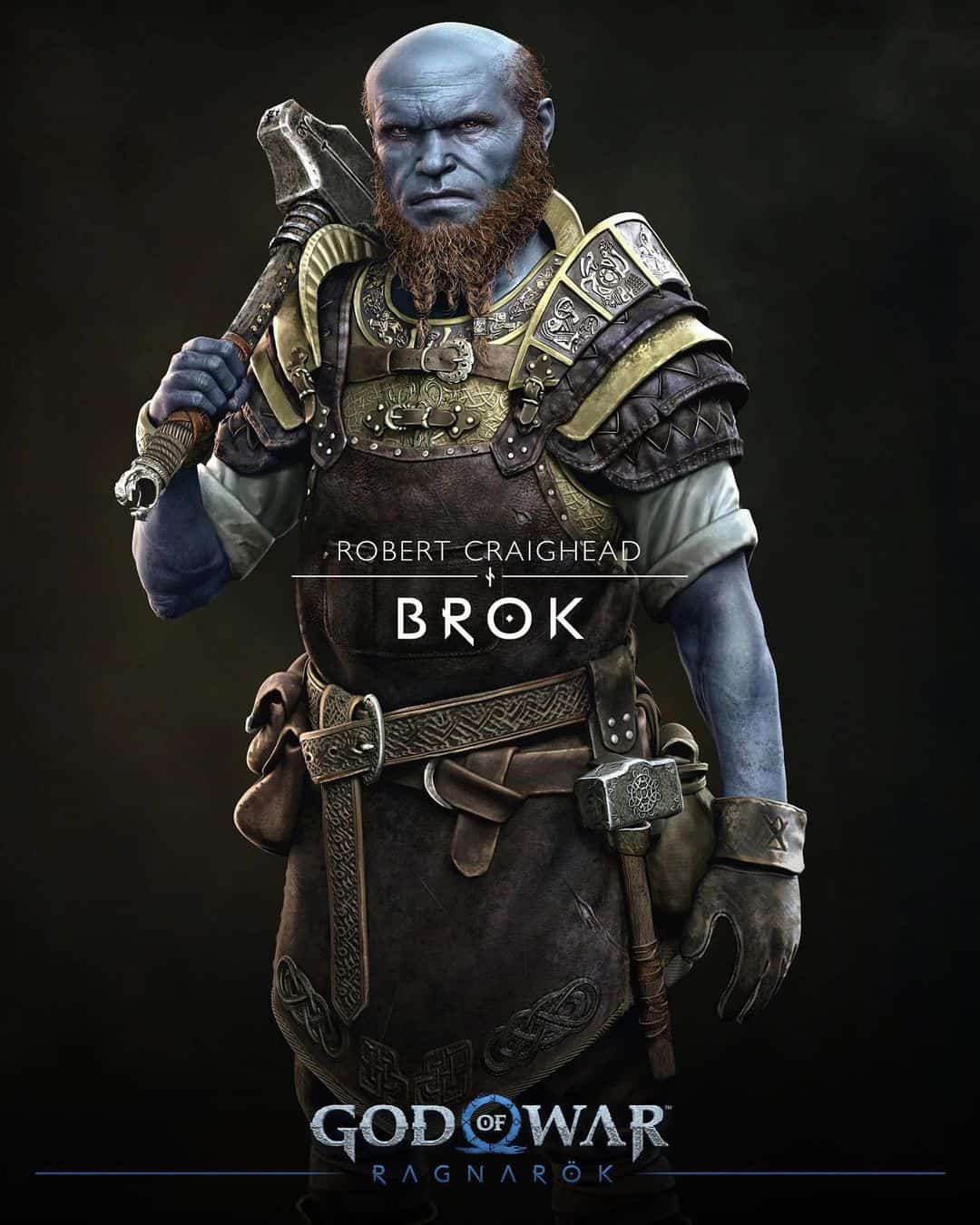 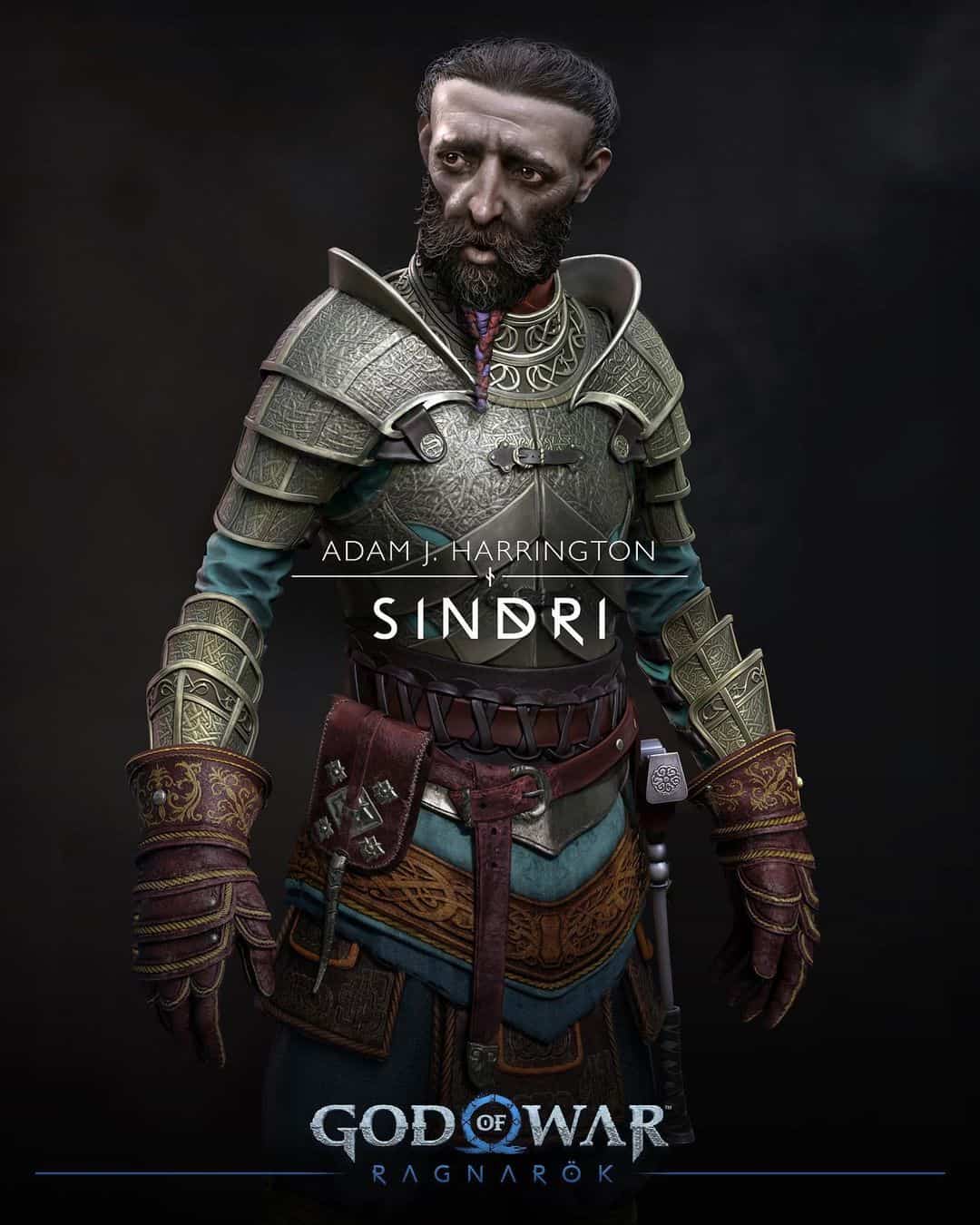 Brok and Sindri return to once again help Kratos and Atreus by forging and improving their weapons and equipment. The dwarf brothers were previously responsible for forging both Kratos’ Leviathan axe and Thor’s Mjölnir hammer. Hence, expect them to forge something new for Kratos and Atreus in the sequel as long as they are given the necessary materials.

Brok and Sindri will be voiced by actors Robert Craighead (Future Man) and Adam J. Harrington (The Little Things) once again and just like before, they will be bringing a little comic relief to God of War: Ragnarok. 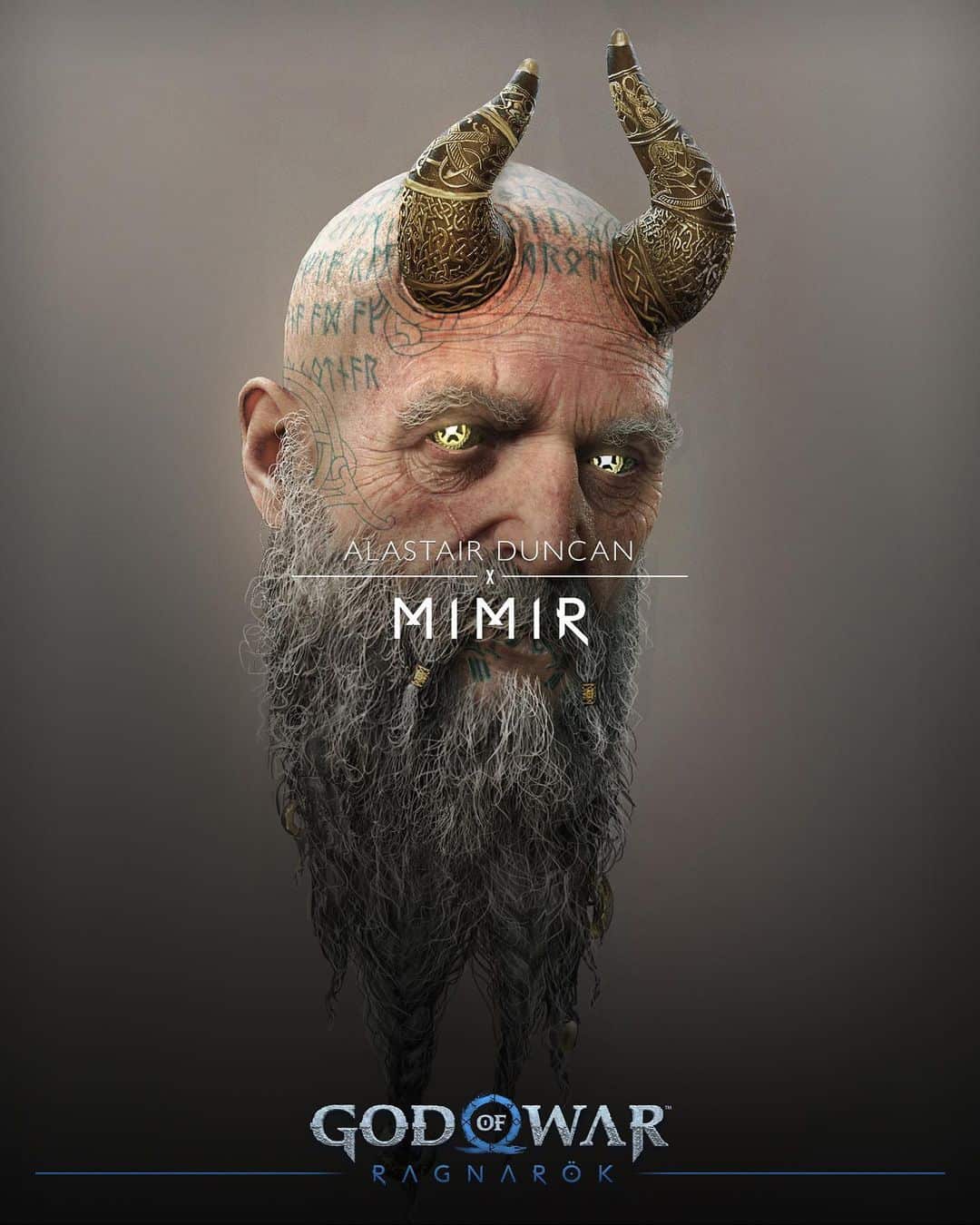 Mimir will be another returning character and like before, will be sharing his knowledge with Kratos and Atreus as the Norse god of wisdom, as well as serving as a second pair of eyes or a source of annoyance to Kratos.

Mimir will be voiced by actor Alastair Duncan (Middle-Earth: Shadow of Mordor) once again and is likely a major part of the unraveling narrative. 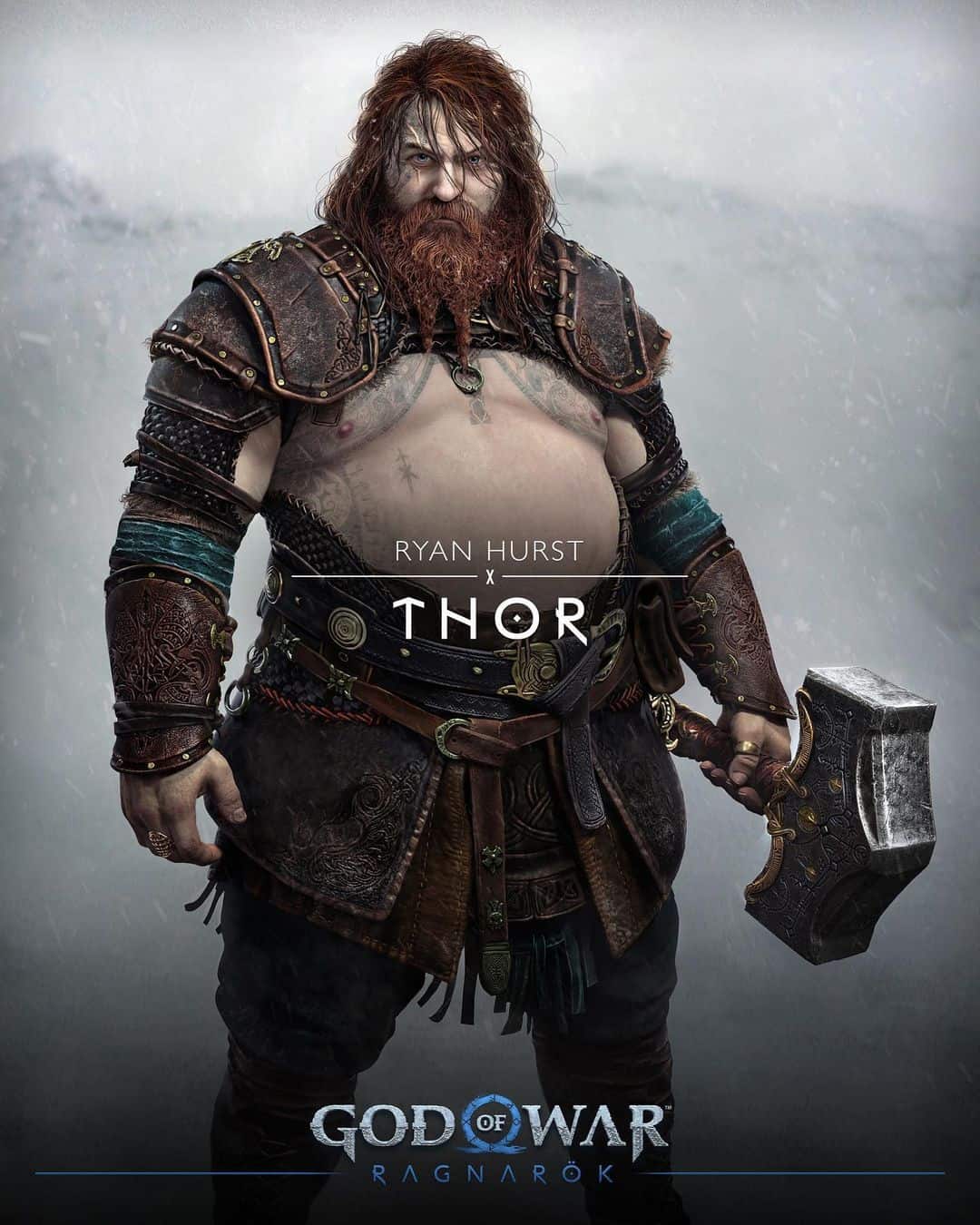 Thor will be a major character in God of War: Ragnarok and which should not be surprising. The Mjölnir-wielding Norse god of lightning and thunder was already teased in the preceding 2018 installment when he came searching for Kratos and Atreus in a secret, final cutscene.

Thor will be voiced by actor Ryan Hurst (Sons of Anarchy) and unlike the Thor of the Marvel Cinematic Universe or even comics for that matter, is bulky with unkept hair and an overall grizzly appearance.

Having lost his sons Magni and Modi and half-brother Baldur to Kratos and Atreus in the previous game, Thor will now be bringing a storm of vengeance to the duo as one of the main antagonists of the sequel. 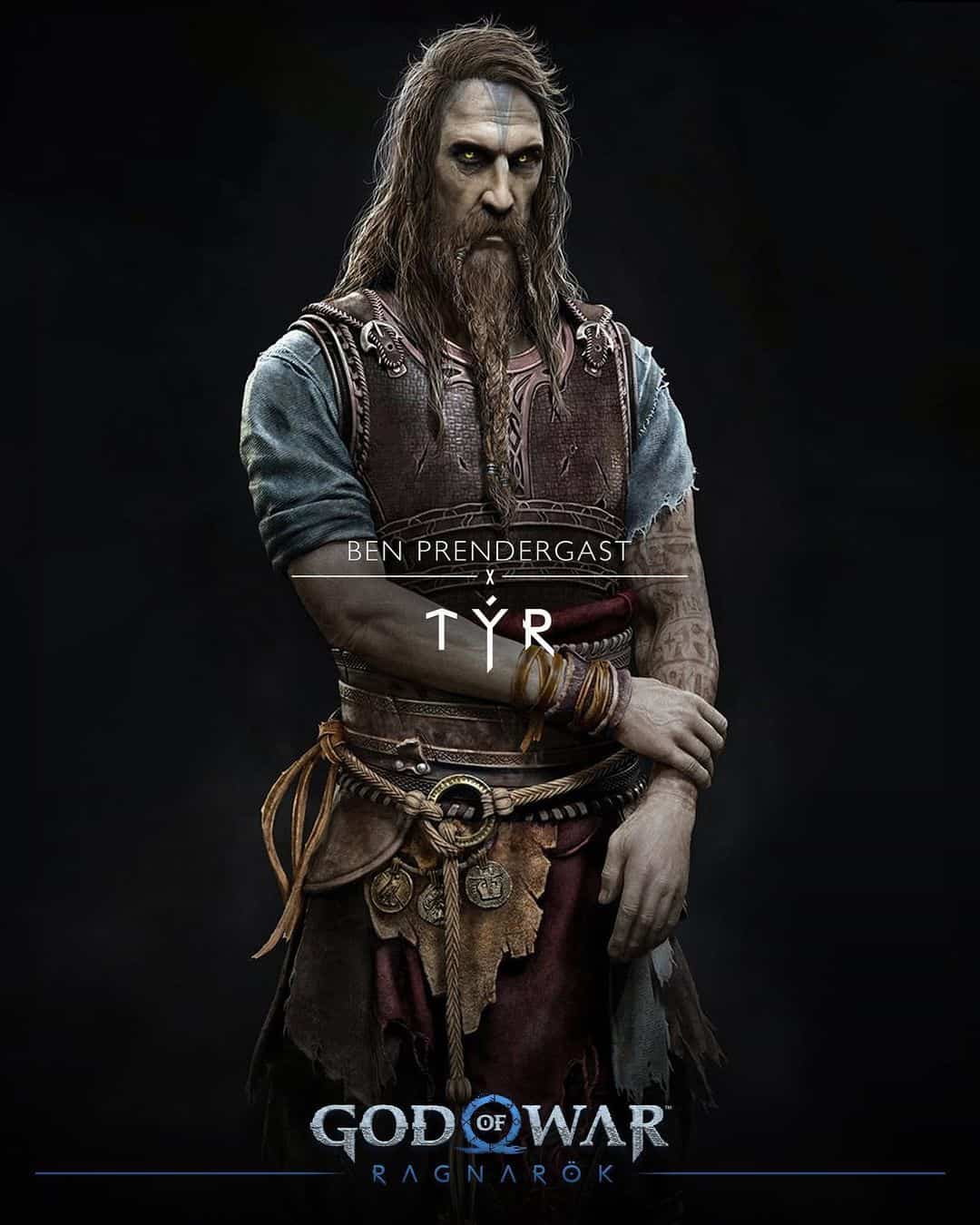 Týr was previously believed to be dead but has now been revealed to be very much alive. As the Norse god of war and justice, he wanted to make peace between his people, the Aesir, and their enemies, the Jötnar, which was not something Odin appreciated. Týr was hence imprisoned by Odin for his treachery but gets freed by Kratos and Atreus in God of War: Ragnarok.

Týr will be voiced by actor actor Ben Prendergast (Apex Legends) and is likely to join his saviors Kratos and Atreus in their battles against Odin and to stop Ragnarok from happening. 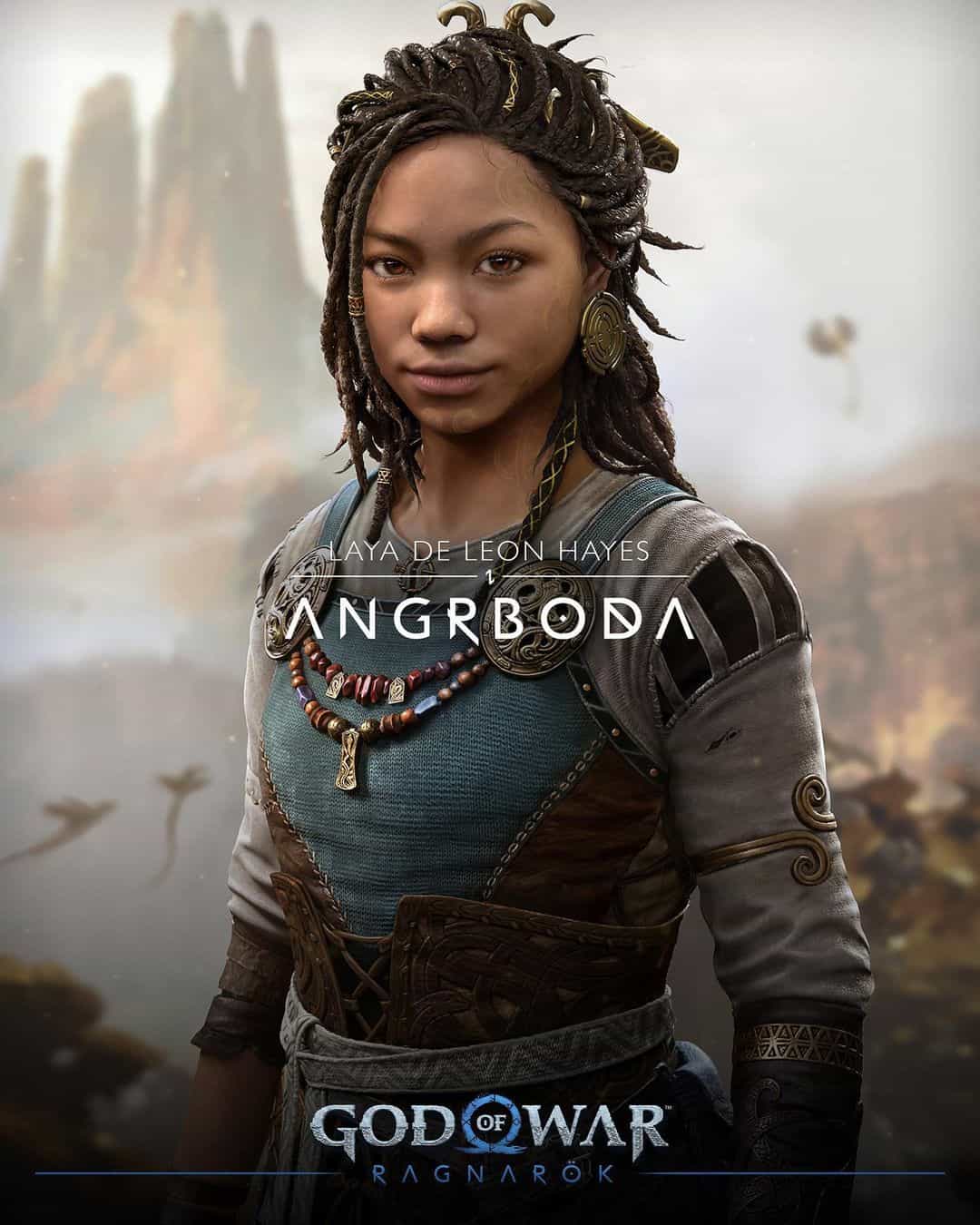 Angrboda is a new character in God of War: Ragnarok. She is the last of the Jötnar, the giants of Midgard, who were believed to have all been massacred by Thor on the behest of Odin.

Angrboda will be voiced by actress Laya DeLeon Hayes (Grey’s Anatomy) and is incidentally the wife of Loki, at least in Norse mythology. Her role in the God of War timeline and relation with Atreus remains a mystery but which will surely be a major part of the narrative to stop Ragnarok from happening. 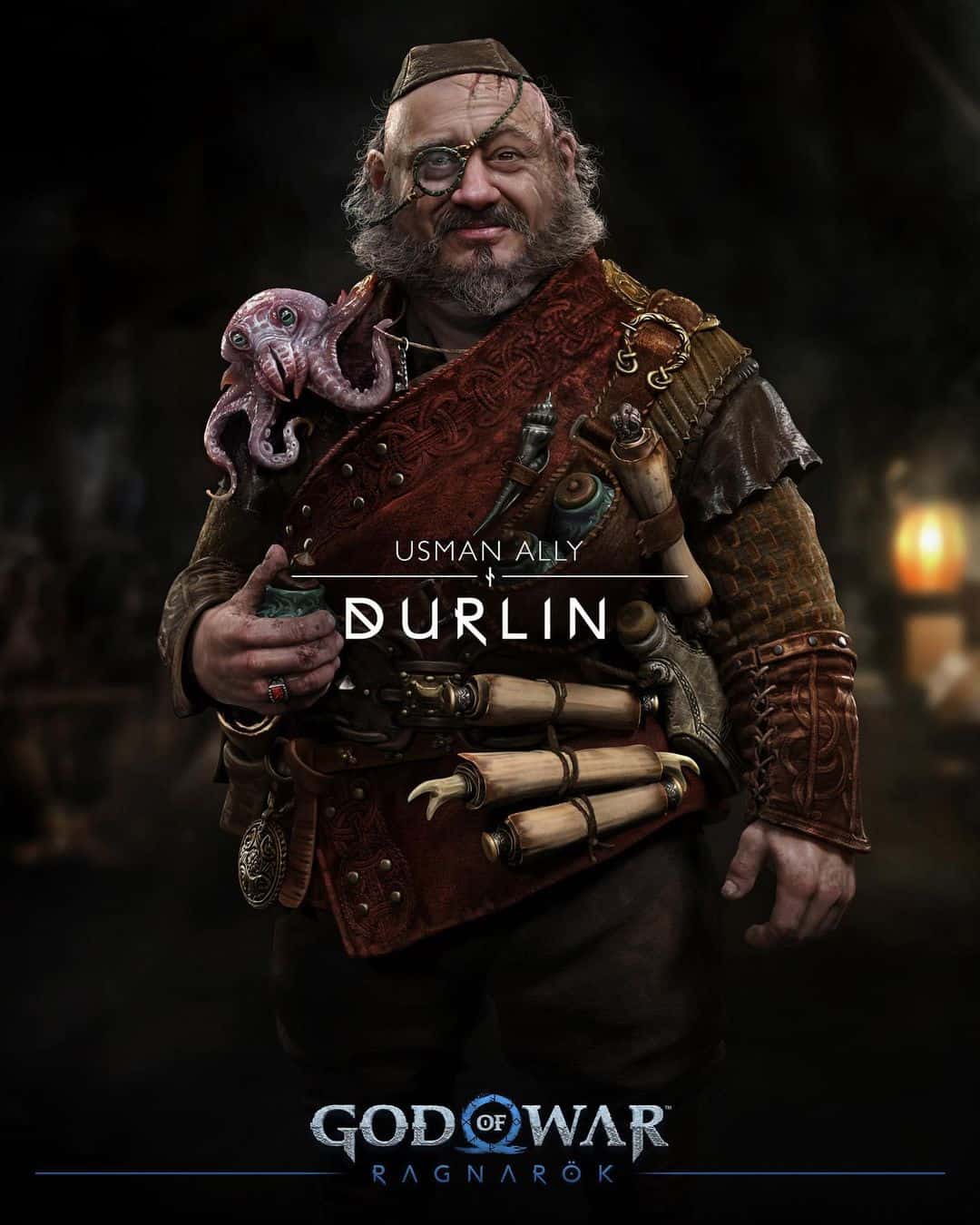 Durlin is another new character in God of War: Ragnarok but who remains to be detailed. The only known fact right now can be taken from his appearance. Durlin appears to be a scholar of sorts and while a dwarf, certainly seems to be more refined than the Brok and Sindri brothers.

Durlin will be voiced by actor Usman Ally (A Series of Unfortunate Events) and should have a good reason for shouldering that little octopus. 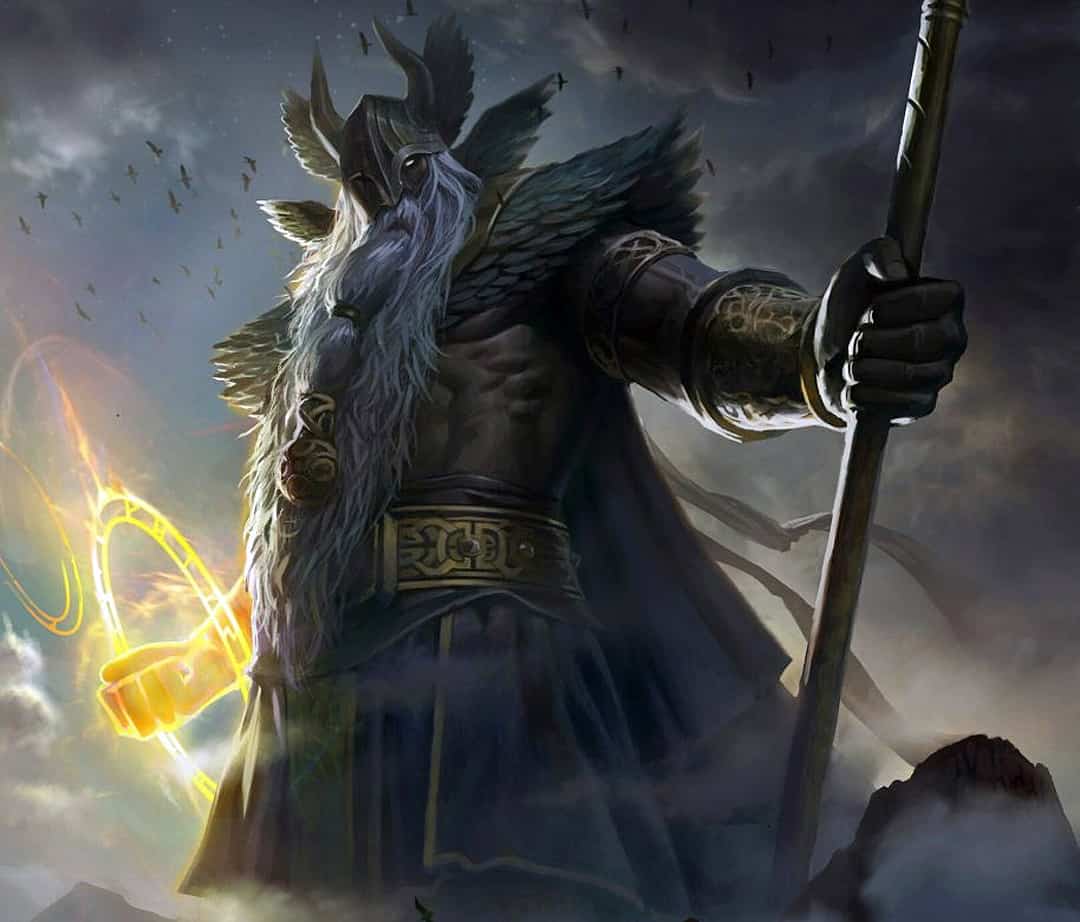 Odin was the unseen overarching antagonist in the previous 2018 God of War and continues to remain unseen in God of War: Ragnarok as well. The Allfather has still not been revealed but rest assured will make a grand appearance in the sequel at some point in the narrative.

Odin will be voiced by actor Richard Schiff (Man of Steel) and as the King of Asgard, and the Norse god of death itself, will presumably be the last fight Kratos and Atreus take on. Like Thor, expect Odin to have a different look compared to his usual portrayal in popular media and formats.