How To Defeat Bjorn In God Of War: Ragnarok 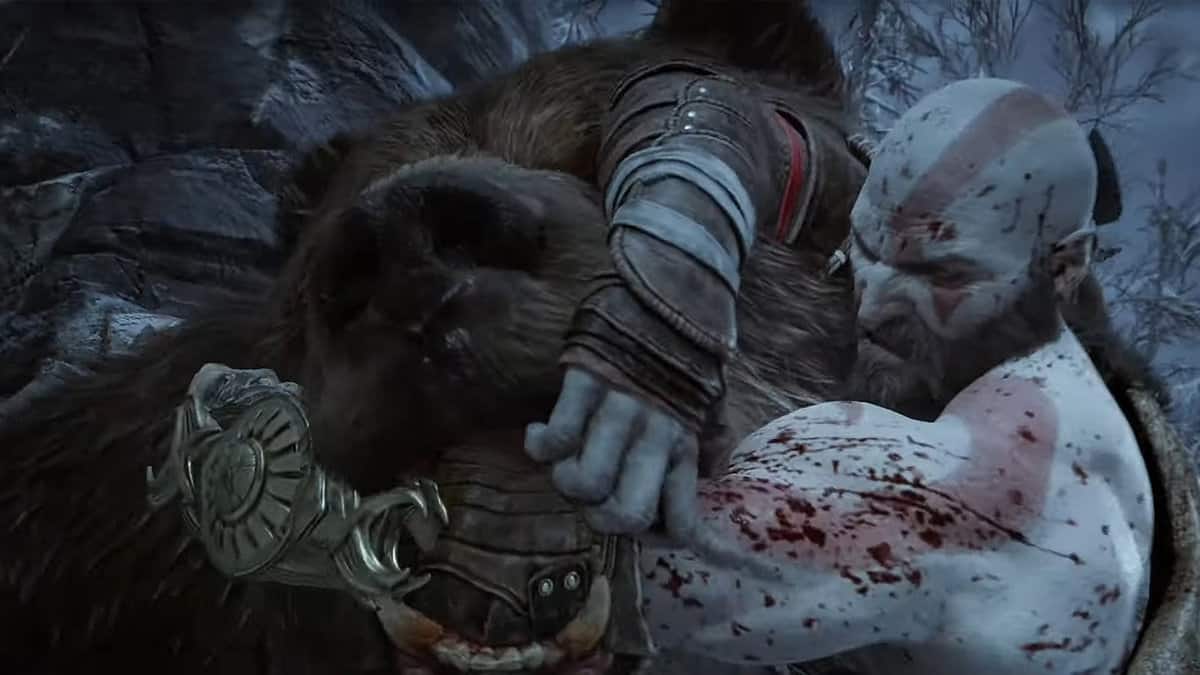 The first real test for you in God of War: Ragnarok will be Bjorn. The gigantic bear, with a large health bar early on in the game, will put you in trouble.

Bjorn will unleash himself, trying to land melee attacks and biting away your body. Once he lands his attacks and grabs you, you can only see your health draining.

Learning to tackle Bjorn early on in the game provides you with the idea of enemy bosses you might face later in the game. This boss fight will teach you how to deal with challenging enemies in the best way possible.

This guide is created to help you understand Bjorn’s attacks and abilities and provide tips to defeat your first challenging boss in God of War: Ragnarok.

The fight with Bjorn is inevitable as he’s one of the bosses from your main story. During your chapter 1, The Surviving Fimbulwinter, journey in God of War: Ragnarok, you will come across this giant brown bear.

Move toward Raider’s Cave and reach the end point of it. Leap over the wall and move toward the open area. There you will be ambushed by Bjorn, and that’s where your first boss takes place in God of War: Ragnarok.

Since Bjorn is encountered early in the game, you will have to deal with two types of attacks from the brown bear.

Semi-Blockable Attack: Bjorn performs swiping attacks on you and tries to land three melee slashes. He will rush toward you with substantial speed and open his arms to land slashing blows.

The Yellow ring around Bjorn’s body indicates this attack’s incoming.

Use Shield and dodge combination to block the attack.

Unblockable Ground Slam Attack: Bjorn’s other attack is an unblockable AOE attack. He will open both arms and leans upward to land his attack using his hands on the area around him.

You will see a red circle Bjorn Raging and lifting both his hands, indicating an incoming unblockable, highly damaging AOE attack.

Always dodge the attack to secure yourself.

Forward Leap Attack: You need to be on your toes, as Bjorn can leap forward to land a melee attack or grab you using his teeth. He will inflict severe damage you cannot dodge at the right time. He jumps ahead and grabs your shoulder while biting down on health.

The attack can come anytime, even without the rings appearing, so once you see Bjorn leaping forward, know something is coming.

You will see Bjorn lifting his right paw, and that’s when the attack comes.

Use the combination of block and dodge to get away from it.

Look for the movement of Bjorn and if he moves close to raise both his paws, then get away from there. These attacks require you to move quickly and block them using shields as they are telegraphed.

How to beat Bjorn

The best trick to play against Bjorn is dodging his attacks all the time. There are some blockable attacks, but you can still become vulnerable as his three-slash combo includes an unblockable attack. Try to block the first two slashes and then dodge away the third one. Remember to stay on the run and not let him grab you.

There is no way to block the Groundbreaking AOE attack on Bjorn. Just try to get away from him and stay as far as possible. The radius of his attack is not much, but the damage is substantial if you come under his damage. Never try to fight him when a red circle appears around his body, as no matter how many hits you can land, his attack will drain your health bar.

If you want to end the fight quickly, charge your weapon with Frost. Wait for the bear to attack you using his slam, dodge his attacks, and sprint toward him to land a combo of melee attacks, as he will be most vulnerable during this time.

After landing your attacks, run away from him and dodge his swiping attacks. Never stay close to him, as he will bite you and put you down on the ground, inflicting severe damage.

Additionally, try to use long-range and melee attacks to cancel his attacks if you get the opportunity. You can also regain health by finding the Healthstones from the small tree area next to the fighting site.

Deal enough damage to take away a quarter or half the health of Bjorn. This will allow you to activate Kratos Spartan Rage, dealing extreme damage and making Bjorn feel helpless against our attacks.

You can bring him down using the combination of dodge and attack. Dodge his unblockable attacks and keep damaging him with instant pokes. It will be easy to terminate this way, and will be helpless against your attacks.