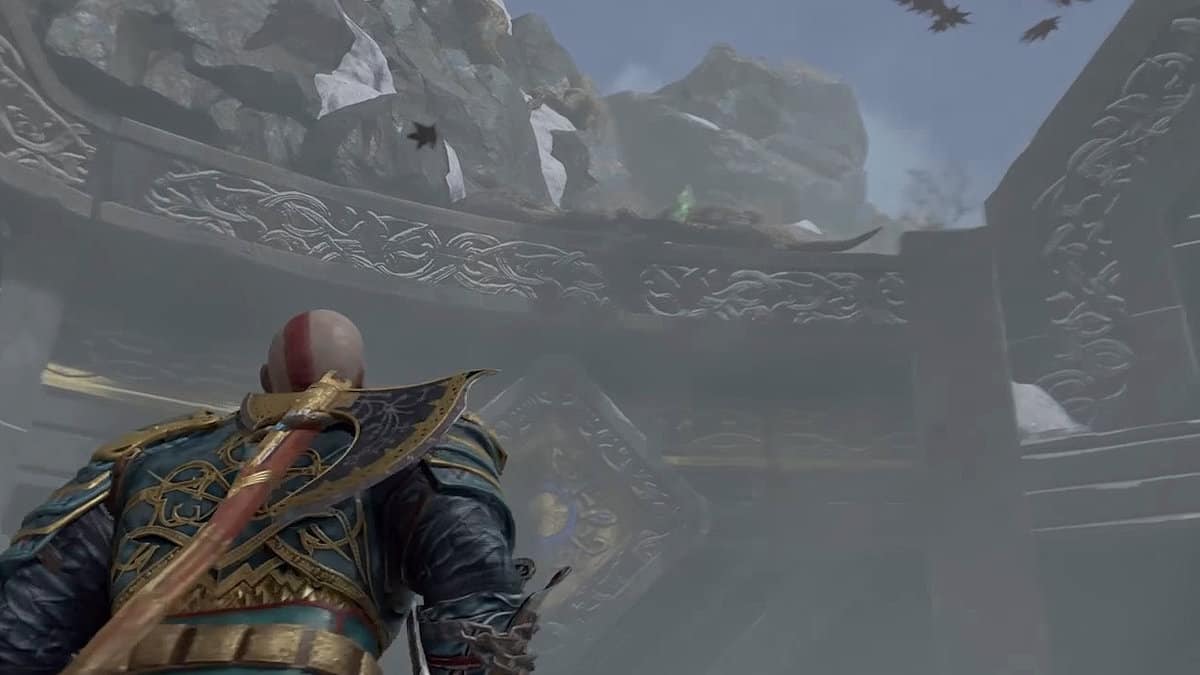 Odin’s Ravens are another type of collectible in God of War: Ragnarok. You will find them flying around across the many realms in the game.

If you manage to get enough Ravens, you will unlock new armor and new runic attacks to make Kratos even stronger.

The following Raven locations are for Alfheim, the third realm you will explore over the course of your progression. The guide has been split between two sections. You need to complete The Reckoning main quest and the Song of the Sands favor to get the last few Ravens in Alfheim. These have been marked with a spoiler alert to help not spoil your experience.

Start climbing the ledges before dropping down when you see the Light of Alfheim. Follow the path through the ruins before spotting a circular entrance on the other side. Look to your left to find the first Raven in God of War: Ragnarok perched on the branch of a dead tree.

Reach the marked location and follow the spiral stairs to the top. Before heading into the entrance archway on the first floor, though, drop to the left.

Go straight and take the first right. You will find a Raven behind a grilled door. There is no way through except for a hole at the top of the door.

You need to deflect your axe from the pillar on the left to get the Raven.

Once you have formed the Light Bridge by pushing down two statues, follow the curving stairs to the next room. Look to your left to find one of Odin’s Ravens on a balcony.

Climb the cliff all the way to the top. This is where you can access Sindri’s shop and the Gulon sled that takes you into The Barrens.

When you reach the top, look to your right and you will spot Odin’s Raven swooping over the campfire.

Head west to the marked location and spot the Raven sitting on a dead tree. This will be near a small, open building of sorts that contains a Legendary Chest.

There is a giant skeleton of a dragon-like creature located in the northeast part of the Barrens. Head over there and then look inside its right eye socket. There will be Raven inside.

God of War: Ragnarok is designed to make you trace your steps back to unlock new areas and paths. When you complete The Reckoning main quest and the Song of the Sands favor, you will get access to The Forbidden Sands from where you can get the remaining Ravens.

Head to the southwestern area of the Forbidden Sands to find a troll statue. The first of Odin’s Raven is sitting on the rocks behind this statue.

Find the Freyr statue in the northwest section of the desert. Position yourself on top of the light bridge and wait for the Raven to fly around the left of the statue to give you an easy target.

The third Raven is located on top of the large rock formation near the Forbidden Sands’ tunnel entrance. Circle around to the back of the rock formation to find the Raven. Make sure to aim your axe above the Raven due to the distance.

The last Raven in the Forbidden Sands can prove to be a difficult find. If you have completed the Song of the Sands favor, the sand blocking the entrance to the Elven Sanctum below will be cleared.

Make your way to the Elven Sanctuary in the northeast corner of the area. Destroy the cracked section at the bottom to reveal a crawl space.

Head through to find yourself in the basement of the sanctuary. Look to the left to find the Raven flying around.