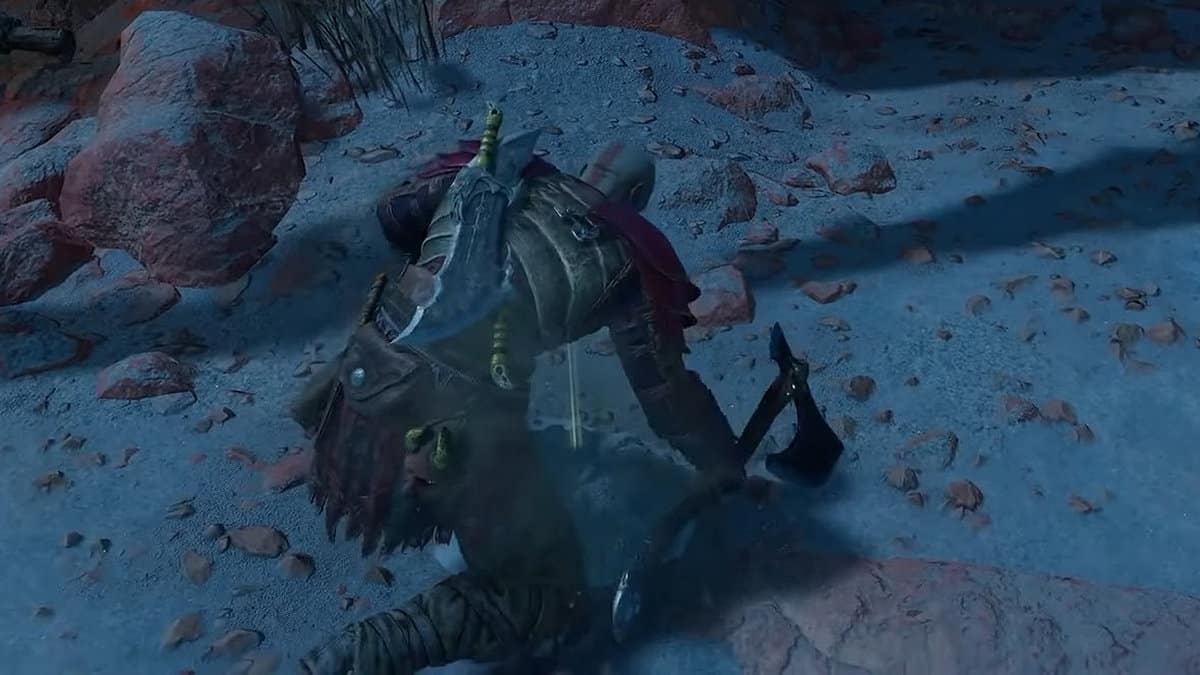 You will quickly realize that God of War: Ragnarok has several types of collectibles scattered all across the nine realms. One of them is Buried Treasure which mostly contains materials and resources to craft and upgrade weapons and armor.

The only way to locate a Buried Treasure in God of War: Ragnarok is to first find its Treasure Map. However, getting a map will not actually mark the location of its Buried Treasure. You will only get a written or some kind of visual clue.

The following guide will help you find both the Treasure Maps and their Buried Treasures in Alfheim.

Once you enter the Alfheim desert after completing the Groa’s Secret quest, head out from the Mystic Gateway location to find the Vulture’s Gold Treasure Map among the dark elves’ corpses on the ground.

Make your way to the giant skeleton skull in the northeast half of The Barrens. The Buried Treasure lies inside the skull, near the front teeth, and right next to the campfire. Just park your sled and climb the rocks to spot the yellow ping on the ground.

The Forgotten Tower Treasure Map can be found in the northeastern corner of The Forbidden Sands. However, you will only be able to reach this place after completing The Reckoning quest and the Secret of the Sands favor.

Reach the Elven Sanctum and make your way to the main library. Turn around and climb the ledges to spot a Legendary Chest. The Treasure Map is right next to it.

Once you find the map, move west from the light elf library to reach the location marked on the map below.

You need to grapple through the given points on the wall and make your way toward the locked door. You will find the Forgotten Tower Buried Treasure just in front of the locked door.