God of War Favors Guide – All Side Quests, How To Complete, Rewards (Favors Walkthrough) 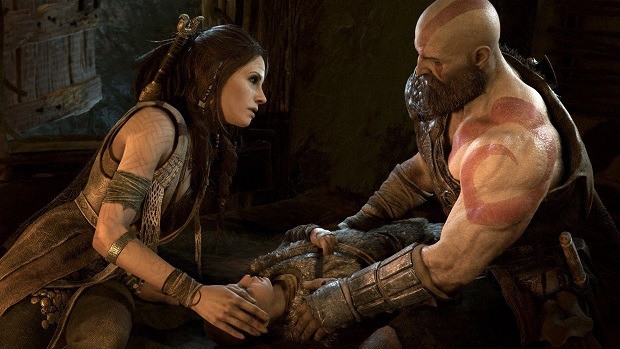 God of War has Favors that work as side quests. Usually, they task you with either finding a specific item or defeating a certain enemy. Favors are usually unlocked all throughout the story and you can do them if you want or leave them be. If you do decide to do them, this God of War Favors Guide will help you.

Our God of War Favors Guide will tell you about all of the Favors that you can find in God of War and will guide you as you try to complete all of them.

The main reason for trying to complete these Favors is that they reward you with some great gear.

You can do them at your own pace and across all of the locations in the game. People who you meet in the Main Storyline will usually give them to you.

Unfinished Business
Go to the Forgotten Caverns and a ghost will ask you to free the other ghosts at certain objective markers. Go ahead and free all of them in order to complete the favor. The reward for this quest is a Common Pommel, Corrupted Remnant, and 1,880 XP.

Fafnir’s Hoard
Get this quest from Sindri in the main story. You need to get to the Old Temple and kill a few enemies, one of which will be a Forest Ancient. Your reward for this favor is a Rare Talisman and 3,290 XP.

The Realm of Fog
You need to find x4 Nilfheim Ciphers. The first is found in Alfheim Tower; in a chest after the first Water Drop. The second is at the Ruins of the Ancient.

The third one is at the top of the mountain near the Dwarf Shop. The last one is in a chest near the Lookout Tower Clock. Your reward will be access to the Nilfheim region.

The Realm of Fire
Like the last Favor, you need to find x4 Muspelheim Ciphers. The first one is on an island near the Isle of Death and the second one is on the Cliffs of Raven Island on the southeastern side of the lake.

The third piece is in the story when you enter the tower while the last one is in the Witches’ Cave (when you return to it in the story). Your reward for this quest is access to Muspelheim.

Second Hand Soul
You need to go to Volunder Mines to start this Favor. You will need to retrieve a ring and defeat a Soul Eater along the way in order to complete this Favor. The reward for this favor is a Rare Pommel and 3,290 XP.

Hammer Fall
You need to go to the Stone Falls area to get this Favor. You need to head over to Veidrrgard and destroy a statue of Thor in order to complete the quest. Destroy all the chains to watch the statue fall, collect the treasure, and head back to the ghost.

You will get Tyr’s Offering and Lost Gauntlet along with 1,880 XP for completing this Favor.

Otr’s Imprisonment
This favor can be begun when you see a dragon in Veidrrgard. If you destroy three shrines that are holding the dragon in captivity, you will be rewarded with a Rare Spell, Dragon Tear, and 615 XP. You can check out our Dragons Guide for more information!

The Fire of Reginn
The Favor begins in Konunsgard. Like last time, you will need to destroy the three shrines to free the dragon and get a Rare Spell, Dragon Tear, and 615 XP as a reward. You can check out our Dragons Guide for more information!

The Flight of Fafnir
After the second water drop, start this Favor in Alfheim Tower Island. You need to free multiple dragons in this Favor. Your reward will be a Rare Enchantment, a Dragon Tear, along with some XP.

Family Business
Head on to the Northri Stronghold to find a special whetstone that is required by Sindri. The task is very easy to do, as you just need to keep on moving forward. You will be rewarded with an Epic Spell and 3,290 XP upon completion.

The High Council
This Favor can be started once you are in the Council of Valkyries. You have to defeat eight different Valkyries and collect their helmets. Once done, place them on their thrones so that you can face the Valkyrie Queen. The reward for this is 1,075 XP followed by 1,880 XP.

You can check out our detailed Valkyries Guide to learn more about finding and defeating all of them.

Prove your Valour
This Favor has you learning about all of the Valkyries that are in the game. You have to find and defeat 8 Valkyries. Most of them will be located in different Hidden Chambers spread about in the game’s world. Killing a Valkyrie may get you Special Armor, Materials and loot.

Hail To The King
Once you are in Tyr’s Mysterious Door using the Forged Key, talk to the Dwarven Brothers to get the Favor. Head over to the marker and clear the Dungeon to get Dwarven Armor set recipe along with a Runic Attack.

The Anatomy of Hope
Start this Favor in the Mason’s Channel. You can find the bones near Alfheim Tower, Forgotten Caverns, and Ruins of the Ancient. Deliver these hones and defeat Gullveig to get a reward of Tyr’s offering and Waist Armor Recipe along with 1,880 XP.

Time Heals All
Start the Favor in Fafnir’s Storeroom and then tell the ghost how his son died after you have finished the ‘Family Business’ Favor. Your reward will be an Epic Spell and 3,290 XP.

Dead Freight
You need to speak to the ghost in the Forgotten Caverns and then defeat the Fallen Crew on the island nearby. Once you complete this quest, you will get Tyr’s Offering and Cuirass Recipe along with 1,880 XP.

That is all we have for our God of War Favors Guide. Let us know if we missed something using the comments section below!