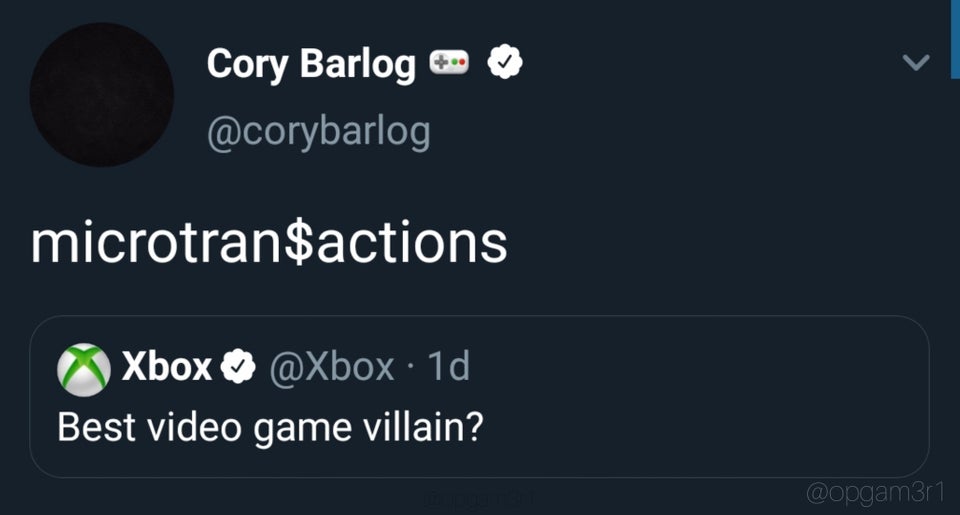 Microtransactions, loot boxes, and pay to win mechanics is a trend that a lot of game developers have started to add in their games. There are a lot of people who find this recent trend in the gaming industry to be very frustrating. It seems God of War director Cory Barlog is one of them.

Microtransactions refer to additional purchases that are often made through in-game currency. It is a part of the games-as-a-service model that a lot of developers have started to adopt for their games. Skins, gears, bonus content, mission packs, and more, can be acquired through microtransactions in games.

This games as a service model usually adds more time to a game’s lifespan as the developers can continue pushing out more content every few months and make money while they’re at it.

Cory Barlog, who was the game director and writer for the recent God of War game, recently mocked microtransactions culture in a Tweet. While replying to a Tweet made by Xbox, Cory Barlog subtly poked fun at how microtransactions are becoming a kind of infamous villain nowadays.

Microtransactions have now become an unpleasant trend in the gaming industry. Although microtransactions are quite beneficial for game developers from a business perspective, not a lot of gamers are a fan of it. Games are oftentimes seen as a one-time investment as it was the norm a few decades ago. And that does make sense when you think about it. If you’re paying 60 dollars for a game, you should technically get 100 percent of the game.

In another instance, Cory Barlog had this to say regarding microtransactions and God of War:

“I keep obsessively adding things, making the game bigger and better, because I can’t leave anything on the table. I want to give the whole experience. You’ll pay $60? You’ll get everything I can possibly give.”

Games should be what they are meant to be: Pure entertainment, fun, and freedom. There will always be a problem whenever the gaming industry deviates from that ideology.