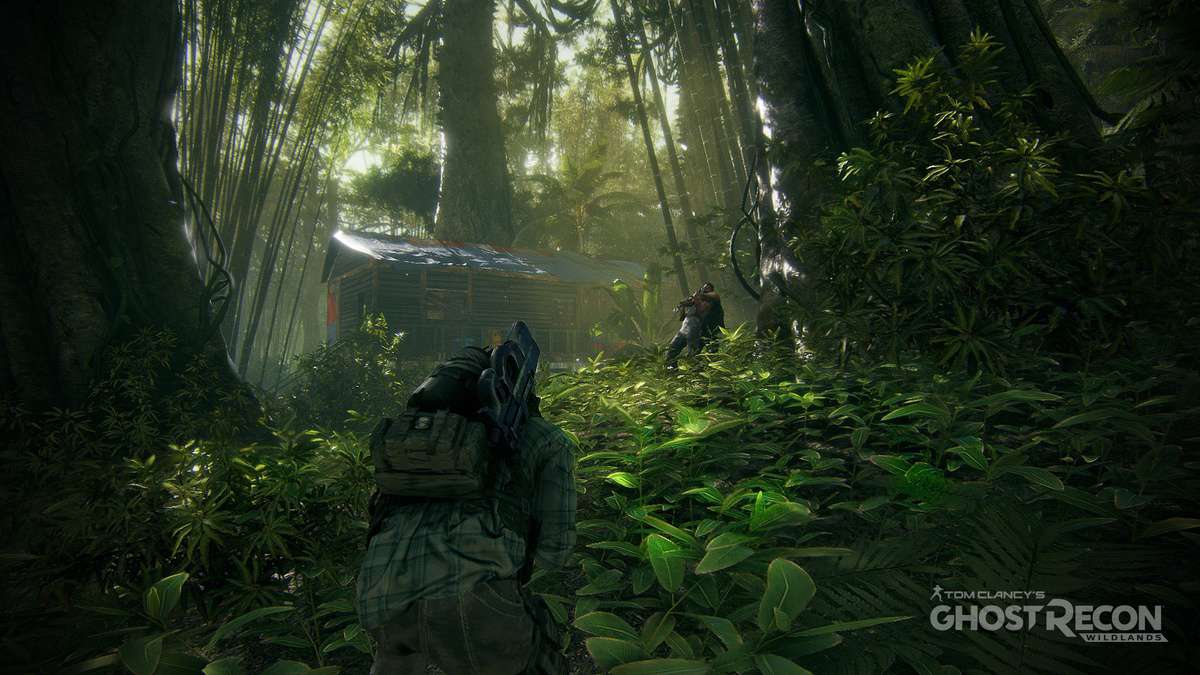 After giving a classic like Future Soldier, Ghost Recon is back in the Wildlands. Ubisoft will release Ghost Recon: Wildlands in March 2017. The game is set in Bolivia where our Ghosts will go after local drug lords.

We recently sat down with Ubisoft to discuss the game and see what they can tell us about their latest Ghost Recon project. Wildlands Creative Director, Eric Couzian , shared details about AI Manipulation, stealth and much more.

SegmentNext: Ghost Recon has been at the helm of Tom Clancy license for a while. Future Soldier felt fresh in a time when mindless shooters ran wild. I believe it was one of the games that influenced others to do something different, be more tactical in their approach to combat. How challenging it has been for the development team to maintain that standard and come out with an even bigger and better Ghost Recon?

Looking back, it feels pretty crazy to think today that it’s been 4 years already since we embarked on the Ghost Recon Wildlands adventure. Following the release of Ghost Recon Future Soldier, we started looking ahead and wondering: what is the next logical step for the Ghost Recon franchise? Where will technology be a few years in the future? What is our current expertise and where can we improve? What should be our Ghosts’ new story?

All of these questions were the basis of our work, which soon enough materialized into Ghost Recon Wildlands. An authentic, massive and responsive open world version of Bolivia, which would allow us to bring the intense tactical action of the original Ghost Recon games to new heights, was finally technically possible. And with it, granting players the fantasy of total freedom of choice: play wherever, whenever, and however you want, solo or with up to three other players.

It has been a tremendous amount of work and certainly a huge challenge, seeing as this is Ubisoft’s largest action-adventure open world, created at Ubisoft Paris, and that we wanted to move away from the usual codes of open world games. We worked with numerous experts from all fields and gathered the best Ubisoft studios around the project to make sure we had the means to fulfill our vision and create a thrilling experience.

SegmentNext: Bolivia is an interesting setting, it’s vibrant, it’s colorful, but there are war zones throughout the world. Why Bolivia? And what other locations were discussed for Wildlands?

The philosophy of the Tom Clancy video games has always been very clear: find out what is the current geopolitical context and deviate from that to create a unique what if scenario. While doing our research for Ghost Recon Wildlands, we couldn’t help but notice how drug cartels were gaining in prominence over the years.

Working with experts on the field, this led us to develop potential stories and the following scenario: what if a Mexican drug cartel seized the coca production of an entire country and turned it into a narco-state? This could only happen in one of the very few countries where coca grows naturally.

As we are aiming to provide a diverse gameplay experience in a wide open world, we soon settled on the beauty and variety of the Bolivian landscapes. The environment is both perfectly suited to the exploration and discovery we want our players to experience, and the country’s culture and roots offer a rich and deep background to bring the world to life. Players will be able to fly over the salt flats, to drive through the altiplano and chase their enemy on the yungas’ infamous death road, all in one seamless experience!

SegmentNext: Tell us about the character progression, Is there any progression-reward-upgrade-exp system in place? Similar to The Division.

While we do feature a progression system in Ghost Recon Wildlands, it is still too early to expand too much on it. One point of interest however is that while we share the DNA of the Tom Clancy brand (such as a what-if scenario) with other titles such as The Division, we are actually creating a very different type of game with Ghost Recon Wildlands.

SegmentNext: When we hear Ghost Recon we instantly think of tactical, co-op, stealth based missions. And such a game can’t really work without AI manipulation. How does Ghost Recon: Wildlands handles AI manipulation?

Our objective with Ghost Recon Wildlands it to create an open experience. We propose the objectives and let the players create their strategy. How they reach their objectives is in their hands. This has obvious consequences on how the AI in our game has to be able to adapt to the player at all time. Again, this is a topic we will cover into more detail as we get closer to launch, but I can already confirm that as a Ghost, you will be given a variety of tools, skills and ways to interact with the enemy (and potential allies…) in interesting ways.

SegmentNext: It is possible to complete missions without killing anyone, complete stealth? There must be achievements for that, right? Of course we have to kill our primary target.

The Ghosts are sent behind enemy lines to create chaos and take down the cartel. As our key element of gameplay is the total freedom of choice we give players in their adventure, we always make sure that stealth, diversion, tactical action or full-on assault always remain possible. However, certain situations will require you to take down targets or expose yourself during the game.

SegmentNext: So far we have only seen co-op. What other multiplayer elements are present in Wildlands? Any hope for PvP in the future?

Our strong focus at the moment is to make sure we provide a strong, seamless and continuous experience both in 4 player co-op and solo, from beginning to the end.

SegmentNext: We loved the reload animations in Wildlands, very natural and fluid. But running felt a little stiff. It seems influenced by The Division. Are improvements being made to such elements or is what we saw at E3 (in terms of animations) finalized?

The build and footage we have shown at E3 this year was in Alpha, and as such is lacking all the polish that you will find in the final game on March 7. Improvements will therefore definitely be made to all areas of the game, including animations. However, The Division and Ghost Recon Wildlands are two very different types of games. We focus on wide, open environments and thanks to our hybrid third person/first person type of camera, our controls definitely offer a high reactivity required for a shooter game.

Ghost Recon: Wildlands will release on PlayStation 4, Xbox One, and PC.