Ghost Of A Tale Urns Guide 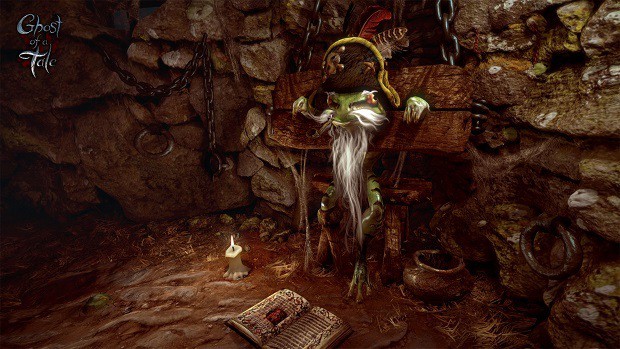 Our Ghost of a Tale Urns Guide highlights all the precise locations of the 10 Urns scattered throughout the world of Ghost of a Tale. These Urns, containing the remains of Duinlan and Hythes, appear in the quest titled ‘Vessels of the Gilded Warrior’.

Ghost of a Tale Urns

Since you can go about many ways and routes in the game because of its non-linear structure, you can come across any Urn before the other one.

For convenience, I’ve stuck to my particular way of playing and so I’ve chosen this particular order of collecting Urns.

8 of these Urns are found in the catacombs with the rest 2 being found at other places in the game. Below, is a list of locations where you can find these Urns!

Urn #1 – Duinlan
Right from the start of the catacombs, head through the pressure plate gates and reach the end of the hallway. From here, look for a skeleton lying on some ragged piece of apparel.

From here, you can either choose of two paths, the crossing in front of you or take a left. Turn left of here and take the path which we lead you downwards and deeper in the region. Turning left here, you can see an archway (passage guarded by two pillars sorta). Right next to it and behind some rocks, you will find the Urn near some skulls.

Urn #2 – Duinlan
From the archway mentioned above, enter the platform room with lots of skulls. Using these platforms, jump onto the one which has what looks like some sort of skeletal remains. Collect the Urn near it!

Urn #3 – Hythe
Instead of turning left of the skeleton and heading to the downwards path mentioned above in explanation for Urn #1, take the crossing in front of you. Just before entering the room which you see ahead of it with 2 worms in it, look to the right wall. The Urn can be found lying near a skeleton.

Urn #4 – Hythe
Enter the room with 2 worms mentioned above. Keep going ahead until you find a purple flag with a ‘Red Claw’ on it. Right across that, you can find the Urn.

Urn #5 – Duinlan
Head over to the ‘Great Hall’ in the game. Near the entrance of the Hall, look for a ladder which drops down. Use it to ascend and find the Urn behind some rocks on the platform that you ascended onto.

Urn #6 – Hythe
Remember the Catacombs and the pressure plate gates in our guide for Urn #1? Just before the plate gates, head right and enter the room through a narrow passage. This room is distinguished by the existence of Death Tongue mushrooms. Just before the exit which is through the archway, you will find the Urn sitting next to some rocks.

Urn #7 – Duinlan
You get this one automatically after speaking to Duinlan for the first time in the ‘The Great Hall’. This also marks the start of the ‘Vessels of the Gilded Warrior’ quest.

Urn #8 – Duinlan
During the main quest, speak to magpie again. This is the only way you can have access to this particular urn. After heading down to the Lower Hall, cross the drawbridge and look for the large round hall which will be the home to 3 spiders.

Use the blue flame chandelier to light up the rubble and dirt which is there just before the entrance to the round hall. Urn will be sitting there. The following 2 are found in different places of the game outside the Catacombs.

Urn #9 – Hythe
Located on the Shore, head into the chapel with the giant worm. Find the Urn to the right of this worm behind some rocks.

Urn #10 – Hythe
Head to the Northern Slopes in the game. You need to find the cave which connects Northern Slopes and the Harbor. Walking down towards the Harbor, you’ll be able to notice a cliff to your left. Jump onto this platform and collect the Urn.