How to Unlock Constellations in Genshin Impact 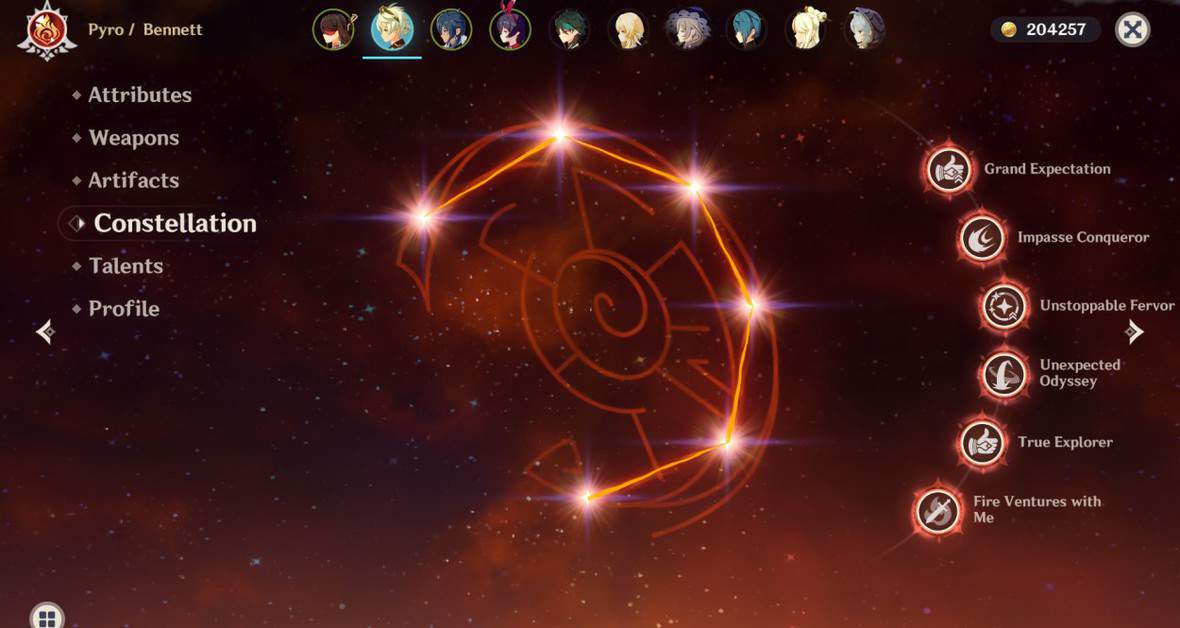 Constellations completely change the way your character plays and alters its skills, which come in handy to face the many challenges as you progress further.

You can open the Constellations menu by going to the Character section and choosing the character you want to unlock the constellations for.

Stella Fortunas are needed to unlock Constellations. There are many ways to get this item that are listed below:

How to Get Stella Fortuna

For Main Character
As you progress through the story, you will get Stella Fortuna for completing a quest and leveling up your Adventure Rank.

One Stella Fortuna will open one Constellation upgrade of your character.

As there are two elements of your main character: Geo and Anemo, you can also buy the specific element’s constellation from the shop for 225 Sigils.

It automatically activates one constellation to use on your main character.

Sigils are found as a reward for completing dungeons and quests, opening chests, exploring the world e.t.c.

You can switch between the two elements at the Statue of the Seven.

For Other Characters
The only way to get Stella Fortunas for characters other than the main character is by getting duplicates from the Wishes.

Suppose that you got a character from a Wish for the first time, it will be added to your library as a playable character.

But if you open the same character from that Wish, you’ll get one Stella Fortuna, Starglitter, and Stardust.

It is hard to open six duplicates of your character and costs a lot of money. It is even hard to unlock duplicate of a character with high rarity.

You can also buy the duplicates from the Paimon’s Bargain shop for 34 Starglitters if your character is a 4-star character and available on the shop.

Starglitter is the second rarest currency in the game, and it will take a lot of time to gather enough Starglitters to buy six duplicates.