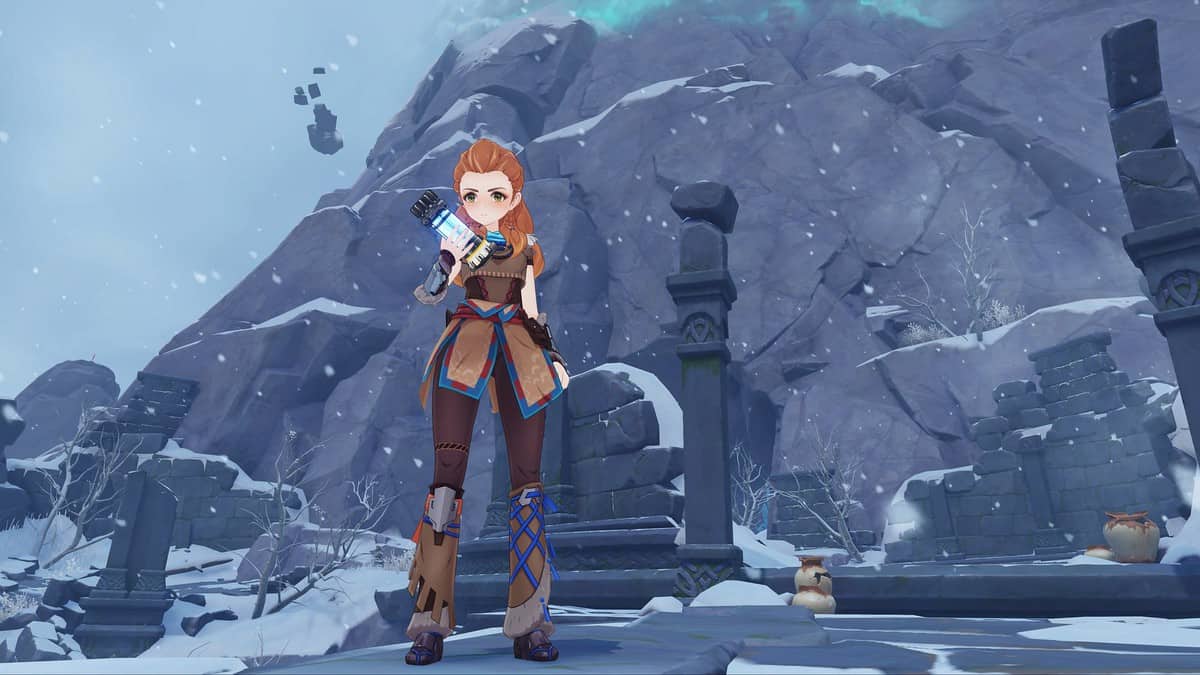 In this detailed Genshin Impact Aloy Character guide, we will discuss everything you’ll need to know about Aloy. We’ll go through all of Aloy’s abilities, passives, constellations and even ascension materials.

Aloy will throw a Freeze bomb that explodes on impact. The bomb deals Cyro damage. After explosion, the bomb also releases several chillwater bomblets that will explode on contact with any enemy, dealing additional Cyro damage.

The damage dealt by enemies who have been damaged from chillwater bomblets is reduced and Aloy gains one Coil Stack. With four Coil Stacks, Aloy gains Rushing Ice, and this converts all her normal attacks into Cyro attacks.

Aloy will throw a cell filled with Cryo filled energy. This cell can only be detonated when struck by an arrow. When it explodes, the cell deals massive Cryo AoE damage.