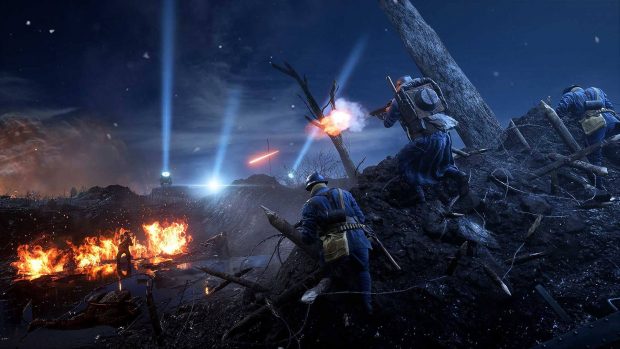 If you’re part of the audience in video gaming that likes to play many of their games on the PC, the GeForce RTX trailer that came out at Gamescom might have just given you the impetus to buy Battlefield 5 on it. Battlefield 5 PC graphics, according to the trailer, will look very good.

Battlefield 5 will be the immediate sequel to Battlefield 1 in more ways than one; not only is it the very next Battlefield game, it’s also taking place in the direct sequel to World War 1, World War 2. EA DICe has apparently decided to step things up both graphically and in terms of gameplay for the game, going by what we’ve seen in multiple trailers.

The Battlefield 5 PC graphics trailer shows off a lot of good lighting, textures, and water physics in the game as we’re taken through small snippets of a street fight, with explosions, sparks, puddles of water, smoke, and reflections all showing us just how good the game will look when it releases. While it doesn’t have very much actual gameplay, we have gotten that already so now it seems like they’re focusing on graphics.

Previously, players have gotten insights into Battlefield 5’s fast-paced gameplay through two trailers: its first one revealed at EA Play 2018 before E3, while we got a trailer of some gameplay in the Dutch city of Rotterdam only a few days ago. With all of the different weapons in World War 2 at our disposal, gameplay might be even more frantic than it was in Battlefield 1.

You’ll be able to see the Battlefield 5 PC graphics for yourself by watching the GeForce RTX trailer, or if you have a PC powerful enough to run the game, you can buy it yourself when it comes out and see how good it looks. Battlefield 5 will be releasing on the Xbox One, Playstation 4, and PC on October 11.