Gears of War 5 Is Ready To Be Shipped 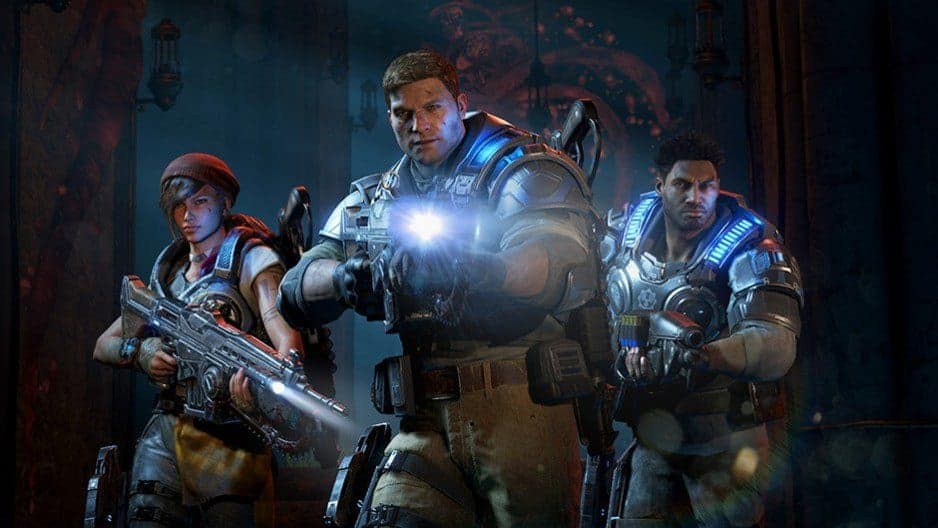 Gears of War 5 development is complete! It is ready to be shipped worldwide. And in celebration, Xbox has released a list of the achievements that Gears of War 5 will have. This news was announced through an Xbox blogpost. The news comes close behind another major announcement regarding Gears 5.

The blogpost says this:

Today, The Coalition and Xbox are proud to announce that Gears 5 has gone gold – a major moment ahead of its launch next month. This is significant for us as game creators, as it means the game disc has been released to manufacturing so that everyone can enjoy and play on September 6 through Xbox Game Pass Ultimate and Gears 5 Ultimate Edition.

Then the post mentions what Rod Fergusson has to say about this.

“From all of us at The Coalition, we couldn’t be more excited to share Gears 5 with the world. I want thank the team here who has worked so hard for our fans, and we all hope you are all as excited as we are to play Gears 5,”

“This is furthest we have ever taken the franchise, living our studio mantra of ‘if you want to go far go together’.”

Matt Booty reiterated the claims about it being the biggest Gears of war game ever made and how it was the most technically refined.

“I’m very proud of what the team at The Coalition has achieved,”

“Not only is it the biggest Gears ever, it’s also the most technically refined, with 4K HDR gameplay at 60 frames per second on Xbox One X, cross-play across all modes on Xbox and Windows 10 and Steam, and updated accessibility features such as Adaptive Controller support. Together with day-and-date availability on Xbox Game Pass, we look forward to welcoming more players into the Gears universe than ever.”

After that, the post repeated that the next step was going to Gamescom 2019. Gamescom 2019 is already making us excited, because of Kojima discussing Death Stranding. There’s also a purported Resident Evil game that will be announced at Gamescom.

Gears 5 will show off its horde mode gameplay and more details about it may be revealed by Ferguson and co. Since Gamescom is only in 10 days, let’s see what it actually brings.

Gears of War 5 will release on Xbox One and PC on the 10th of September.