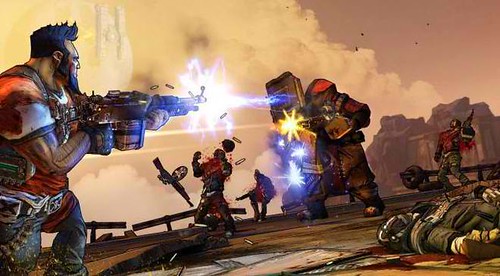 Speaking at the indie and PC show Rezzed, Pitchford revealed this fact, but also admitted that they’re too busy to make the game.

One of the things I wish Sony would do is get behind Borderlands, because I’d love to see a Vita version of the game.

Pitchford also commented on the PS3 to PS Vita connectivity and thinks this mechanic could work well with Borderlands 2.

I want to be able to have the character I’m working on with my PS3, and then when I’m on the road with my Vita I can just keep developing that same character because it exists on the cloud somewhere.

So, if they’re too busy to make this, who should do it then? Pitchford is open to the idea of having another team make a port of their upcoming FPS-RPG hybrid.

Perhaps some of you folks can convince Sony to start that…We’re too busy to develop it ourselves. But I know there are a lot of talented developers who could take our code, our source and our content and perhaps create something like that.

I don’t know about you, but that would make a ton of sense, no? Sony should really look into that.

Borderlands 2 is set for release on September for the PC, Xbox 360 and PS3.