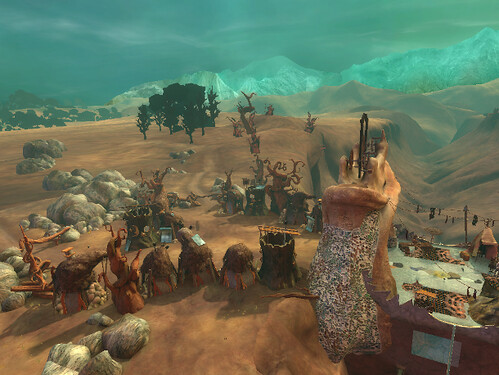 Not all games are given the gigantic marketing budgets of the kind that a Call of Duty or Battlefield might receive and their reliance on word of mouth means they can sometimes slip under the radar.

Zeno Clash is one game that could be regarded as fitting into this category and was created by a relatively small independent team. Despite this, it’s been named Independent Game of the Year 2009 by PC Gamer and IGN also nominated it Game of the Month in April 2009.

Easily the most outstanding element of this game is the visuals, which are frankly bizarre but also brilliant, if a little bit rough around the edges in places. The 6 hour single player campaign feels just long enough, it sometimes feels like it’s essentially a series of boss fights which had the potential to be a problem – I often don’t like boss fights because they can feel contrived – but these didn’t annoy me.

Zeno Clash is largely a game of punching, kicking and dodging. To mix things up there are also grenades and a variety of ranged weapons that are picked up for use, but which can be knocked out of your (or enemies) hands during battle.

This isn’t as terrible as it might sound since the game is primarily one of hitting things and you can position an up close combatant between you and the enemy shooter preventing them from firing on you.

The punches, kicks and fighting in general have a real sense of weight to it both in the giving and receiving of damage. Particularly heavy attacks will send you or your enemies tumbling to the ground and you’ll encounter brutish large charging enemies that you’ll have to outmanoeuvre and whack over the head (using a large stick or hammer) or be sent flying. 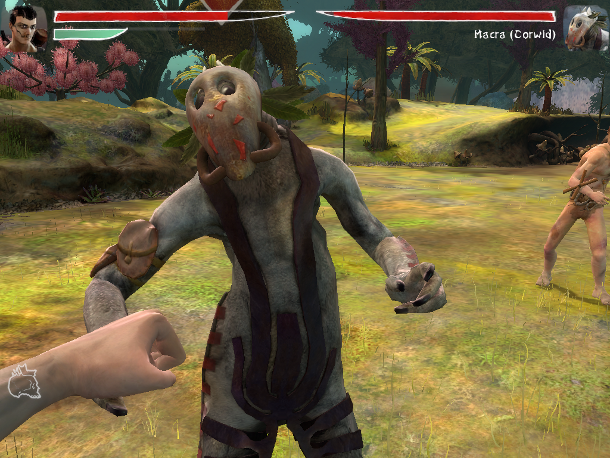 The story is also quite strong and sets up a mystery as to why you would attack the character Father Mother, teasing you along the way as you punch, kick and shoot your way through a bizarre and intriguing alien world. There are three main factions The brothers and sisters of Father Mother, the Corwid of the Free and the Northern Gate Gang.

The Corwid of the Free are particularly amusing/interesting, in that they’ve chosen to act as if insane and they perfectly exemplify the odd extremes of this strange world. Many of its inhabitants are humans, mostly humanoid. Some are elephantine or pig-like whilst others cannot be placed as being a particular species and are truly alien. 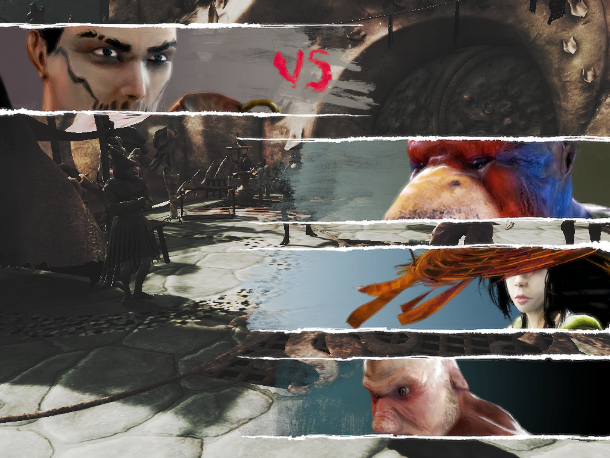 If you’re interested in trying out a first person game largely about beating things up or with an unusual setting & environment you should give this a try, as it’s an older game you’ll find it cheap on Steam and other places.

ACE Teams next game is Rock of Ages and it’s looking pretty interesting, imagine a game where one side has an army and the other a great big boulder to launch at the army in an attempt to get as high a score as possible. Oh yes. Here’s some more screenshots from Zeno Clash, enjoy. 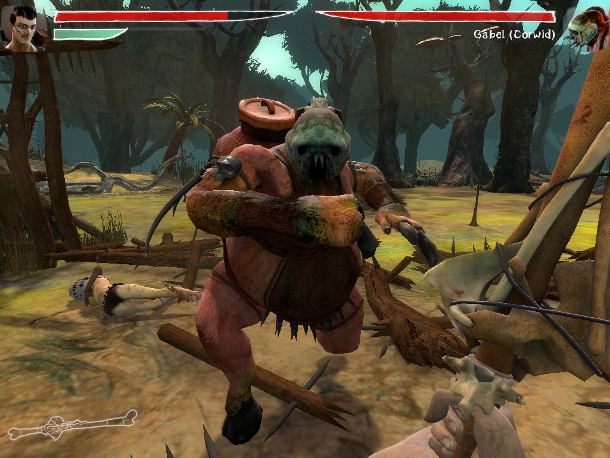 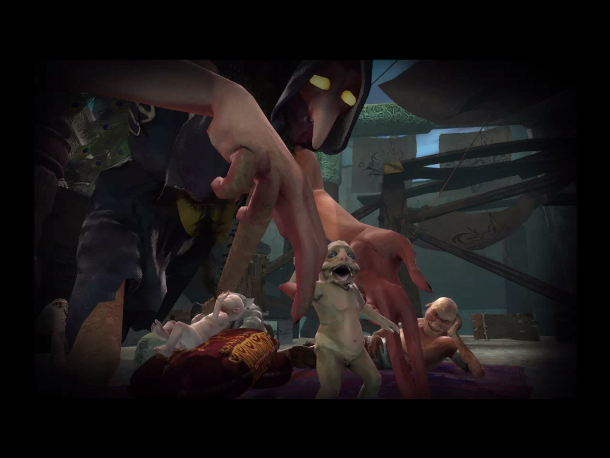 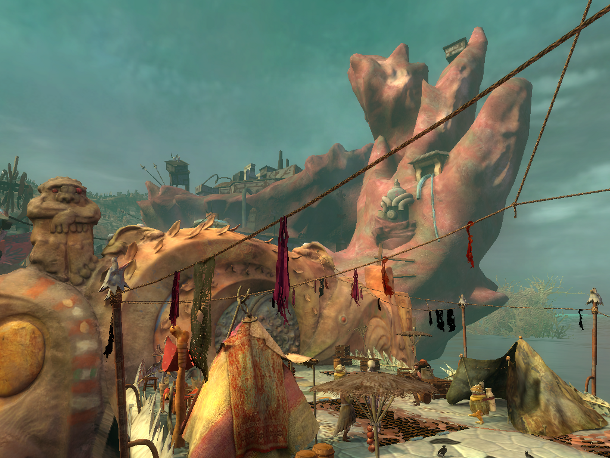