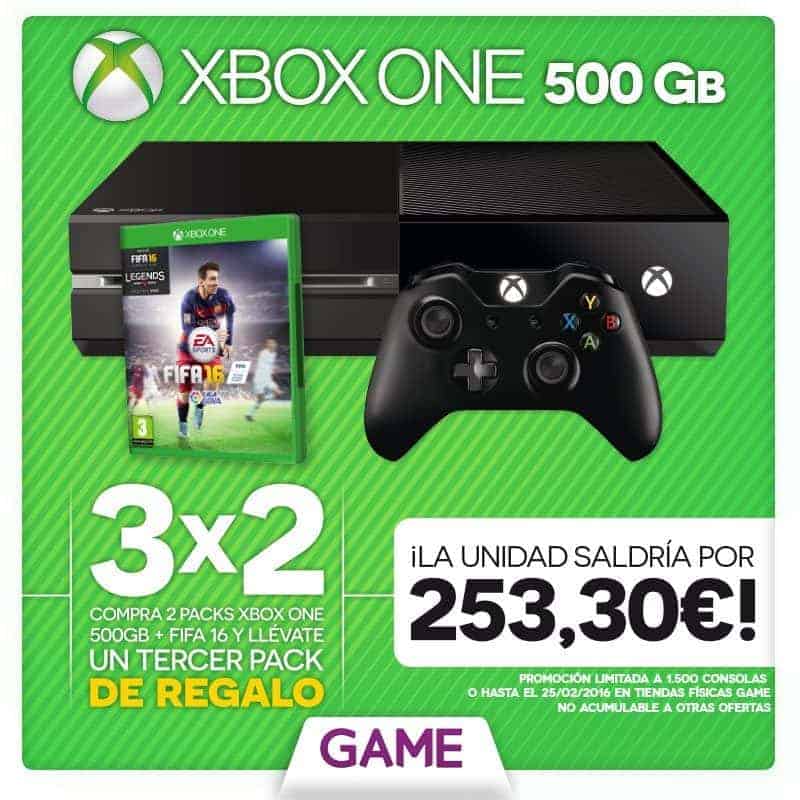 GAME Spain has started a new ‘buy 2 get 1 free’ promotion giving gamers a chance to buy 2 Xbox One consoles and get one free.

The confirmation comes via GAME Espana official Twitter feed; according to which the offer is only applicable on 500GB Xbox One FIFA 16 bundles – which includes a physical copy of the game:

The promotion basically slashes the price of each console by 126 Euros which is an absolute steal if you wish to gift them to friends or family. However, in case you are interested, do note that the promotion is only limited to 1,500 units or until Feb. 25, 2016. Moreover, you will need to walk to a physical retailer in order to avail the offer. You can check the advertisement below for more information:

In related Xbox One news, Rockstar Games Red Dead Redemption recently appeared as a Backwards Compatible title followed by being removed by Microsoft. According to the company, the game appeared due to an experimental error which has been amended:

Microsoft tests all Xbox 360 games with our emulator to ensure a quality experience across a breadth of titles. Due to an error, some of the games currently in test were accidentally made available. We have since removed access to those games, and apologize for any confusion this may have caused. We will have more information on upcoming releases soon.