Welcome to Game Breaking. A weekly column that looks at the various components that make up the video games we all love. By breaking down games to their base mechanics we can learn a lot more about how the finished product and just how it can improve.

I often hear claims that a game is too hard, too difficult, the developers didn’t know what they were doing when they designed this level. I’ve been in those situations myself. When you just can’t beat every enemy without dying yourself and the nerd rage begins to set in.

You get angry and as the red mist sets in you want to blame anybody but yourself. It’s the game’s fault. It’s the developer’s fault. It’s a glitch. The list goes on, and it’s not often that the player blames themselves first. It might appear as if I’m blaming someone with this article, but I don’t think the player or the developer are inherently at fault anywhere here.

I think there’s a few things that make up the difficult of the game. First and foremost is that it’s not a scale of easy to hard, but rather a binary system. Certain mechanics are added to make the game easier and more playable for the player, whilst others are included to make the game more difficult and thus more challenging for the player. Those two categories can then each be split further into different groups of mechanics that will add their qualities to the end product, but just what are those mechanics? 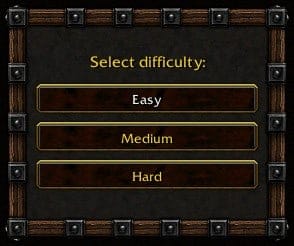 This might be the most difficult decision you ever make in a game.

First up, let’s examine the components that make up how difficult a game is. Now, as I see it you can split these harder mechanics into two main groups, both of which will challenge the player’s skill on various levels.

The first of these two groups is one that we’re all familiar with but is often deemed as the only thing to make a game difficult. This mechanic group is the various things that are added to a game in order to Test the Player.

When the player is being Tested, it’s their inherent skill that is being challenged. How fast can you clear a level. How many enemies need to be killed before you can advance safely. How your attacks combo. A good example of a game that Tests the player’s skills would be the Mega Man series. Highly challenging and required the player to not only observe bosses and enemies in order to learn their attack rhythms and cues, but also required skill on part of the player in order to dodge attacks or execute their own.

When you’re building mechanics to Test your player, you need to take two things into mind: The inherent and progressive skill of your player. What they should be able to accomplish after learning the game mechanics is their inherent skill and how they use those skills to accomplish more difficult feats within the constraints of the game itself.

Games such as Far Cry 3 employ these kinds of mechanics. Teaching you skills that will allow you to progress through the game, but placing you in challenging situations that will call for you to try and string together skills for fast-paced combat. 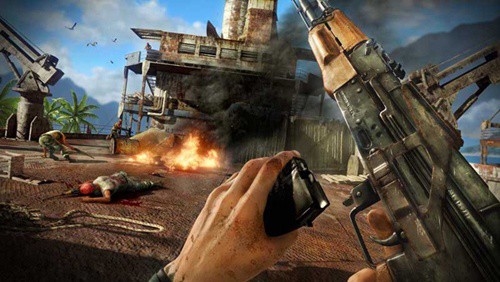 Take down the guy, steal his knife, throw it in the other guys face, run down the heavy, shoot the barrel and explode the building. Sounds easy enough.

Whereas the Testing group is all about a player’s skill, the Punishing group are more about the player’s knowledge. Rushing too far ahead without saving your game, not knowing the layout of a level or where/when sudden pitfalls or traps might show up, equipment and gear breaking or needing repairs on your death.

These mechanics are all about taking away from the player in order to make them rethink their strategy. A fantastic example of this would be Demon’s Souls, where not heeding warnings from other players could mean a death literally seconds later.

These mechanics are built around putting the player in their place. Think about early Sonic the Hedgehog games when you’d rush through the level without any idea of what was to come, only for you to fall into a spike pit.

It seems like bullsh*t and from the player’s point of view, it certainly is. However the challenge that the developer is trying in this example is to see how fast you can complete the level despite those sudden traps, so you need to memorise level layouts with multiple tries or slow down and learn the layout as you go. Many of these games don’t actually inform the player of what they’re doing in order to let the player run into those traps without any forethought.

Random chance is another way of Punishing the player in this matter. Have you ever run into a boss fight that was a rare spawn only to have it completely annihilate you? Suddenly you’ve lost progress if you didn’t save recently, or at the very least you’ve lost a life or damaged some gear. I can’t count the number of times that happened to me in The Last Remnant. I just couldn’t prepare for that in any way since I had no control over the spawns of enemies. 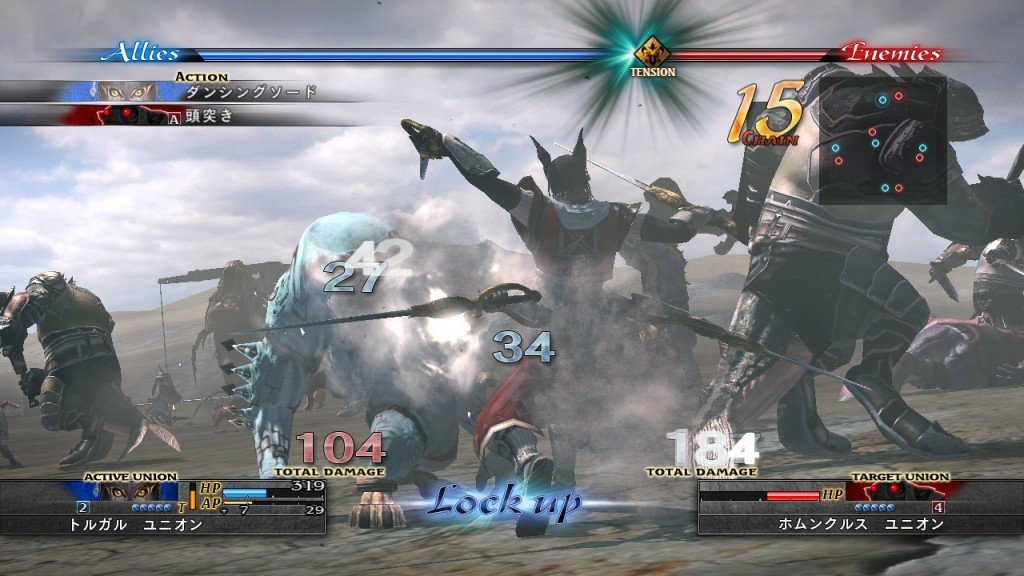 And I’m barely past level 1…

I consider both of these factors to be essential to creating a difficult game, but relying too much on either one can create imbalanced situations. Creating a game all about Punishing your player just leads to frustrating them instead, but merely Testing them isn’t always enough.

Skill is a thing that any player can acquire with time, but it’s easy to become frustrated with a game if it doesn’t let you properly utilise the skills it’s giving you. Using a special ability once or twice is all well and good, but it feels wasted if you can’t find at least a semi-regular use for it.

On the other hand, slowly trudging through a game level in order to figure out when and where all of its traps will be in order to come back later and try again can also be frustrating because you may feel like you’re not playing the game properly straight away. Some might view this as a lack of patience, but it’s definitely well deserved.

Blending these mechanics together isn’t difficult though. Many third or first person shooters will often drop you in a situation with what might feel or seem like a ridiculous number of enemies. The challenge there-in might be to utilise the cover around you to weather the oncoming storm, or to take up some new weapon and use it properly to eliminate any opposition.

A fantastic example of this would be Spec Ops: The Line. Towards the end of the game you need to use all the tricks you’ve learned with cover up to that point in order to progress through the final assault.

Dark Souls and Demon’s Souls are also good examples of how to blend these mechanic groups in order to really push the player to the edge of their skill. The messages left by other players and the traps and pitfalls serve as the Punishment whereas the actual difficulty of enemies and preparation required serve as the Testing portion. As I said at the start of the article, it was how to actually decrease the difficulty of these games in particular that served as inspiration. 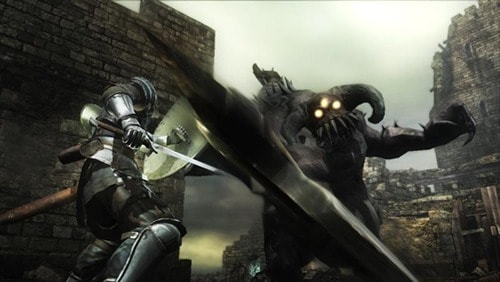 Well…the writing on the wall did warn me…

Of course, there are mechanics to make a game easier as well. I know many people frown on tutorials, but that kind of handholding is often a good way to introduce new skills to players who might have a lower inherent skill level than others. Some games might lower the difficulty if they sense that the player is having a hard time.

These are the kinds of mechanics that are sometimes necessary to the balancing of a game’s difficulty. If the developer simply makes the game too hard without showing the player what they need to do in order to progress then the game itself can grind to a halt.

Difficulty is something that is inherent to all games everywhere, so it’s an important part of the developmental process. Figuring out the careful balance that will help the player get the most enjoyment out of their purchase and that enjoyment is what is needed to secure future purchases from that player and create that fanbase that will help the developer or publisher grow.

So, what do you think? Are these mechanics as vital to games as I make them out to be? Can they be expanded on more to create a more complete game experience?