It looks like Forza 6 is getting yet another DLC in the form of a Porsche Expansion. The news came from a listing on Amazon, the retailer famous for leaking such information.

The listing on Amazon showed that this Porsche Expansion is going to feature 48 new events in an “all-new guided Porsche Anthology campaign experience,” Mods, and Badges. You will also be getting Porsche themed online events with 20 Porsches added to Forza 6.

New achievements will give you a chance to earn 250 GamerScore.

The Forza 6 Porsche Expansion includes: Explore the past, present, and future of Porsche in an all-new guided Porsche Anthology campaign experience, featuring 48 new events across all of the Porsche models featured in the expansion

Collect, race, and customize 20 of Porsche’s most famous cars, including nine models brand new to Xbox One. From groundbreaking early innovators like the 1957 356A Speedster to bleeding-edge engineering marvels like the 2015 #19 Porsche Team 919 Hybrid, the legacy of Porsche is on full display. 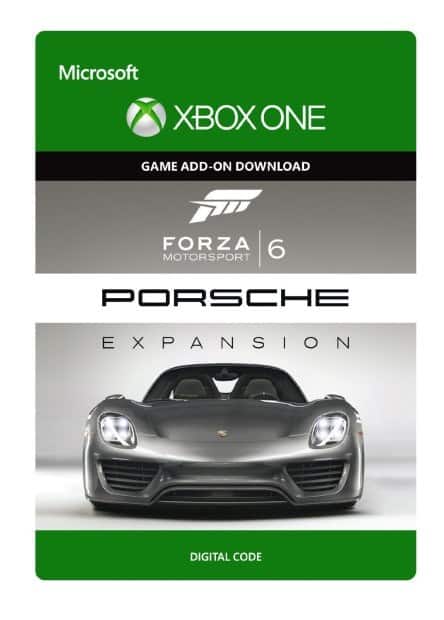 Back in June 2015, Porsche came back to Forza series after missing Forza 5 and Horizon. It made a comeback in Forza Horizon 2 thanks to a deal between EA, Xbox and Porsche.

On a related note, new cars were recently added to the game but the most notable addition was 2005 Pontiac Aztek. The car was driven by Walter White in Breaking Bad.