How to Unlock the Superman Skin in Fortnite Season 7 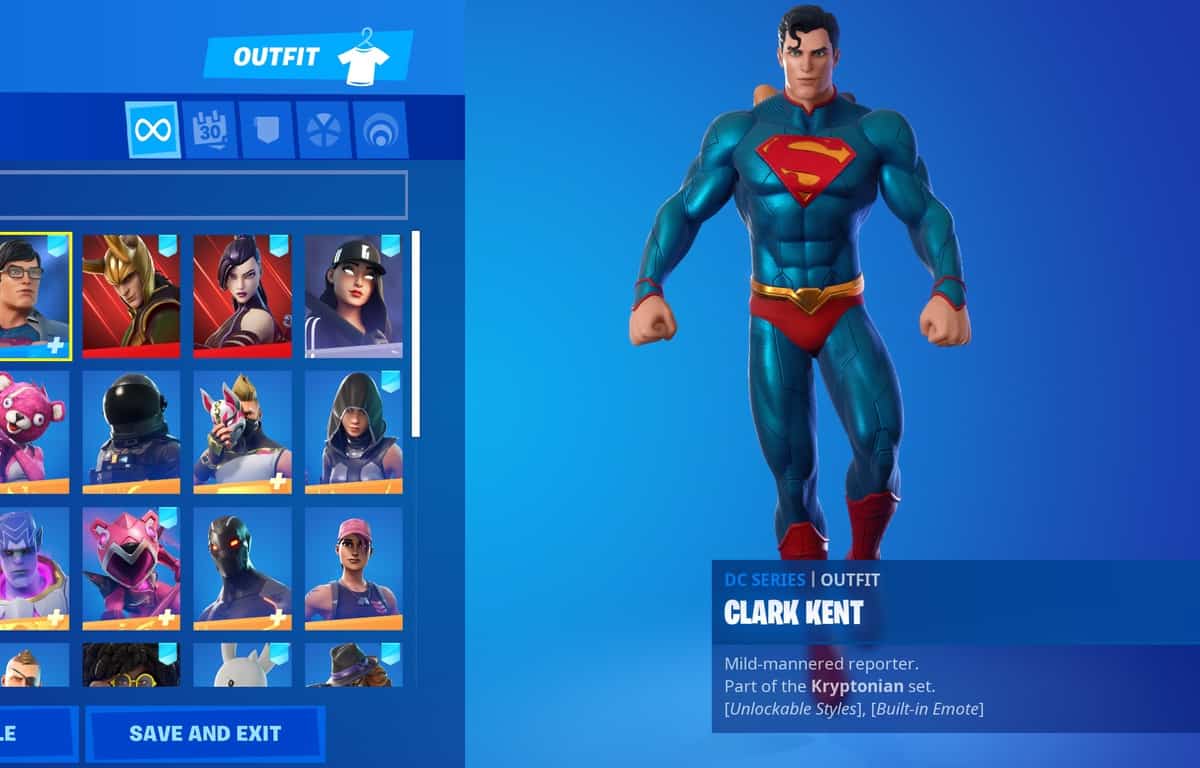 Alas, before you could get to your ‘heroic’ deeds, the holders of Fortnite’s season 7 Battle pass should expect challenges to accomplish so that they may unlock a number of Superman-themed rewards!

If you are hesitant to complete them then don’t worry, not only will this article guide you but the challenges are quite simple!

The following list contains instructions on how to accomplish the Superman challenges respectively to what item you will unlock. The Superman skin challenges in Fortnite include speaking to NPC’s who will issue their own simple quests for you to complete which should be doable within a single sitting.

Keep in mind that you will have to do some of these challenges in order before you can get to the actual good stuff i.e. the Superman skin or the Clark Kent outfit. 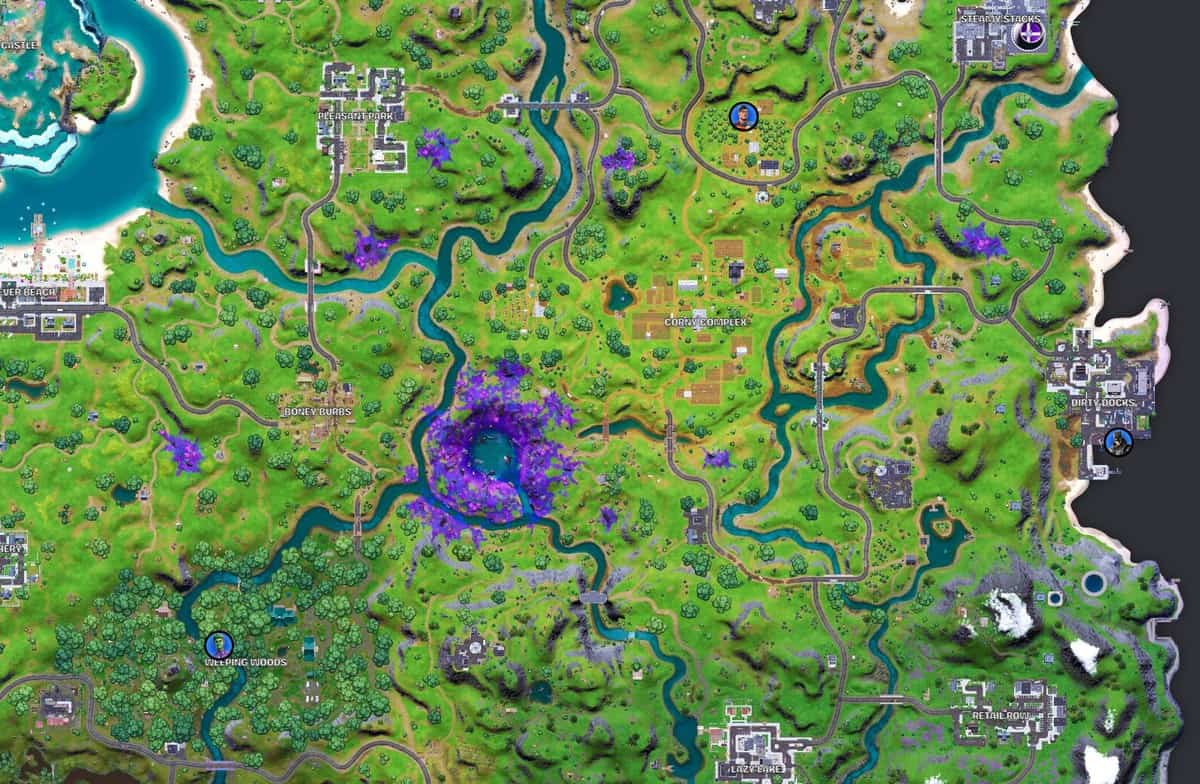 Unlocks the Call to Action Emoticon. You can find Clark Kent at The Orchard north of Corny Complex, Armored Batman at Dirty Docks and Beast Boy at Weeping Woods. Just land at the markers shown on the map above and you will see the chat bubbles.

Unlocks the Superman Shield Spray. These quests are fairly simple around the type of visiting named locations or harvesting resources or entering alien biomes.

Glide through 5 rings as Clark Kent

Unlocks the Daily Planet Back Bling. The rings are located over Weeping Woods so you either have to glide through them while dropping from the battle bus or talk to Beast Boy in Weeping Woods and spend gold bars to activate a Rift.

Use a phone booth as Clark Kent

The powers of Superman have returned- up, up and away Superman! Just enter a red phone booth as Clark Kent and you will emerge with the Superman outfit and also unlock it for later use. 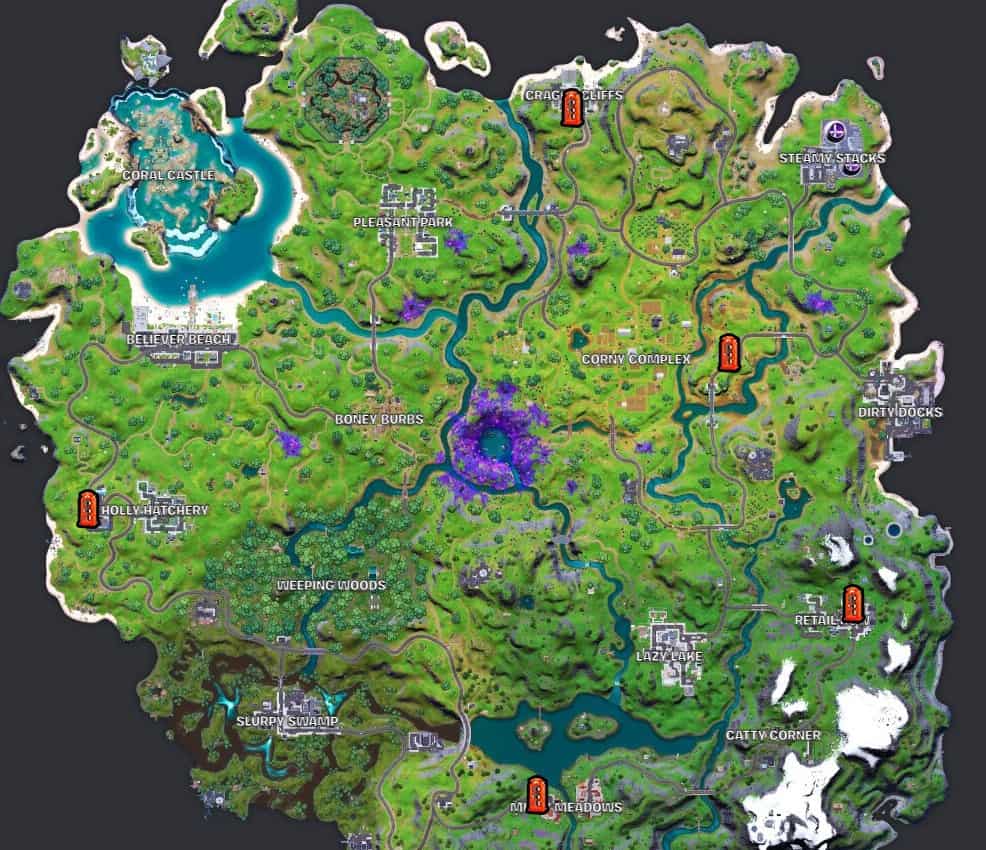 How to Unlock the Black/Shadow Superman Suit

For the dark attire enthusiasts, Fortnite Chapter 2 Season 7 Epic Quests contains the ‘Shadow’ variant skin for Superman along with a string of goodies to decorate your character with!

As you complete your Epic Challenges, your rewards will be unlocked accordingly:

These are the same epic quests you have been completing over the past 10 weeks of Fortnite Season 7 so if you have been grinding the seasonal battle pass, you should be close to unlocking the Shadow Superman skin.