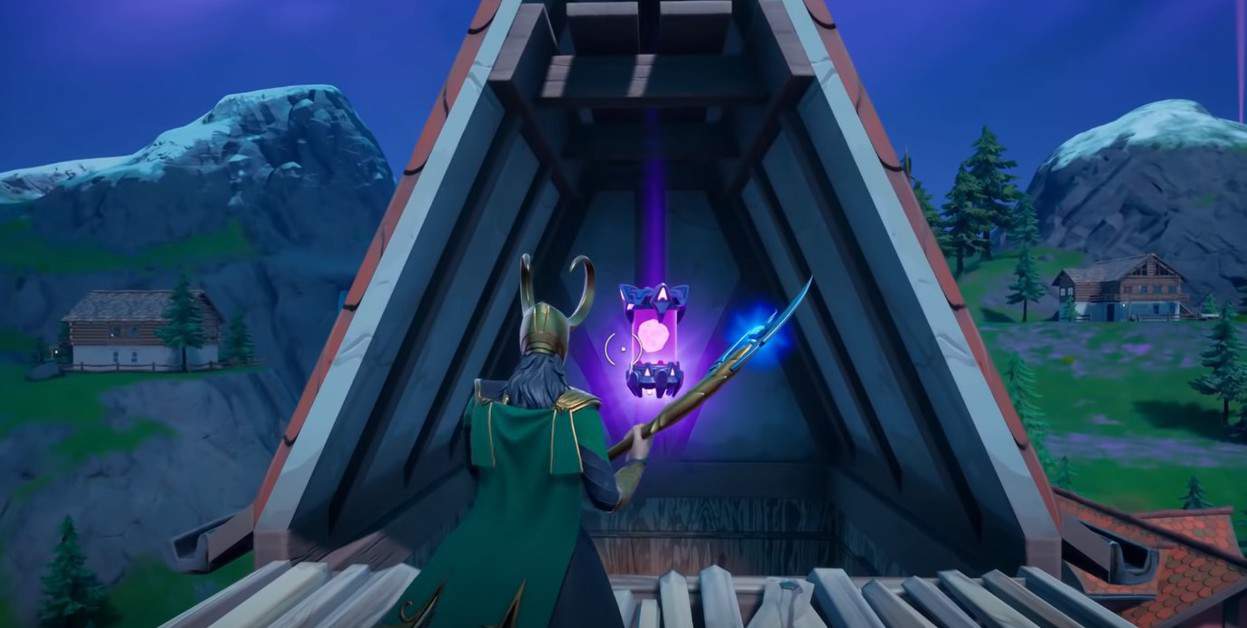 Week 13 of Fortnite’s Season 7 has just crash-landed and with it comes heaps of new challenges and quests to take on! This guide will let you know how to complete all the challenges in Fortnite Season 7 week 13 so that you can earn your Battlepass XP before the week ends!

As always, the latest challenges of the week come with both legendary and epic quests for you to take on. Let’s look at both of them below!

Similar to the military crates in previous challenges where you had to equip a detector, the meshes for the mission kit are the same so you won’t have a hard time distinguishing them.

On Corny Complex or near Satellite dish stations, interact with these kits to obtain the jammer.

Once you have a jammer, travel to IO base at the Corny Complex where you will install the jammer outside the base on one of the placements available.

There are a total of three placements on the area but you need to only install one jammer to gain 45,000 XP for your battle pass.

You can choose from a total of five bus stop locations but luckily, you need to settle with one to complete this Legendary Challenge. The following are some locations that you can travel to find a bus stop:

Just travel to the one closest to you and locate the bus stop where you will happen upon a brief case. Interact with it thus completing your challenge and gaining 30,000 XP.

You just need to speak with one of these 3 NPCs to complete the quest. Simple right? Now, where can you find them?

You can find, the ever, enigmatic Joey at Dirty Docks, standing in front of a building. Meanwhile, you can find Sunny swimming in the blue waters of Believer Beach, its hard to miss her head of pink in the water.

Now Dreamflower is tucked away in a house on Flopper Pond, which is right below Believer Beach.

You can spot her standing on the porch of her house so just come up and speak to her to gain 30,000 XP.

To complete this quest, we advise that you first travel to Fort Crumpet, it is to the west of Believer Beach. Upon arrival find and hijack a car, driving it all the way to Holly Hatchery.

It’s a long trip but trust us because once you reach there, leave the IO car there, specifically near Alien-occupied settlements.

These settlements are trapped within gleaming, translucent cubes so it’s hard not to spot them, just leave your car there and gain 30,000 XP for the task.

Within the IO base, out of a total of three locations, choose the preferred two to deploy the cat food pallets at.

The Epic Quests of Week 13, Season 7 of Fornite will go live right after the 24 hr mark passes on the Legendary Quests.

It is best that you complete the Legendary Quests before attempting the Epic Quests but, these are much easier to complete and can be done as you play the game organically. Just keep this list in the back of your mind as you proceed.

Within the buildings of these satellite stations, find Stark Industries monitors- their screens emanate an orange glow and have the title written plainly so simply walk up to 3 of these machines to repair the equipment to gain 30,000 XP.

To the west of Dirty Docks, travel to Corny Complex where you just need to simply build some structures! Easy right? You can complete this challenge in less of a minute to gain about 30,000 XP.

To find IO Intel (IO files to be exact) you need to travel to any Satellite station or the underground basement of Corny Complex.

You can find these files lying about on computer desks and coffee tables, simply shoot at them or destroy them through melee attacks. Once live, you will be able to see these locations on the map.

Once the challenge goes live, you will see machines ontop of the tree stumps (that are the dead drops) near the river of Weeping Wood and the woods itself.

Interact with these machines in order to attain Marigold’s message. There are a total of five dead drops to choose from, simply settle with one and interact with it to complete your Epic Challenge.

Fly or travel to Radar Dish Bases, or simply put, Satellite stations on the map to complete this Epic Quest for 30,000 XP.

This quest can be wrapped up easily if you have a party to help you but completing it solo is also possible, simply drop onto locations that usually has a UFO parked nearby like Steamy Stacks, Green Steel Bridge and the Durr Burger restaurant etc.

Pretty self-explanatory, grab a gun and land those accurate headshots to complete this quest. You need to land at least 10 headshots to gain 30,000 XP from this Epic Quest.

Before proceeding with this Quest, make sure you have an ample amount of Gold Bars since they are used as a currency to upgrade your weapons.

It is preferable that you start a game of team rumble for this, after that just surrender your weapons to an upgrade bench and feed it gold bars.

You need to upgrade your weapons at least 2 times to an Epic or Legendary rarity to complete this Epic Quest.