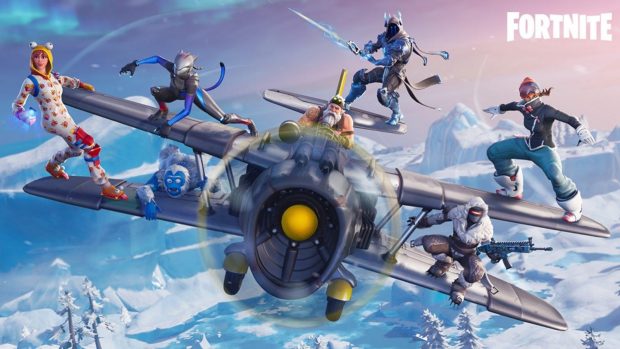 Epic Games took to Twitter to announce that Fortnite season 7 has begun. As the servers come back online after the maintenance, Fortnite Season 7 will be available for everyone to play along with the Fortnite Creative mode.

Fortnite Season 7 is designed around the Winter. So, you can expect new cosmetics like coats. Not only that, season 7 of Fortnite also brings zip lines to quickly and swiftly move around the map.

Winter has brought many changes to the Fortnite map for you to explore. Ziplines are a new way to help you travel to and from high terrain.

For you chill and thrill seekers, the new Frosty Flights location and Expedition outposts are outfitted with the new Stormwing planes so you can take to the skies.

Fortnite creative mode is the new game mode that arrives with the season 7. Fortnite season 7 creative mode allows players to build their own levels and even mini-games. Fortnite Creative mode will surely make things more interesting in the battle royale mode.

Fortnite initially launched as a co-op survival shooter. However, the game didn’t find any success in that. Thanks to PUBG, Battle Royale genre was booming to popularity.

Hence, Epic Games introduced the free-to-play battle royale mode to Fortnite. The game quickly became popular following that and has even surpassed PUBG in terms of players, quality, and also features cross-platform play.

Since then, Epic Games has supported Fortnite with a new season that brings new game modes and activities.

Fortnite Season 7 is the latest season for the game by Epic that brings Fortnite Creative mode. Not only that, Fortnite has even won the Game Of the Year Award by beating the heavy hitter, Red Dead Redemption 2.

However, it’s not been sunshine and rainbows for Epic Games following the release of Fortnite Battle Royale. The studio has faced some lawsuits and recently Rapper 2 Milly Sued Epic Games.

According to the rapper, Epic Games used some in-game emotes based on the dance moves created by the artist without his permission.

The reason for the lawsuit is that Fortnite makes a lot of money by selling emotes. Also, it is somewhat unethical of Epic Games to monetize dance moves created by other artists and without their permission.

Fortnite is a free-to-play battle royale game developed by Epic Games for PC, Xbox One, and PlayStation 4.