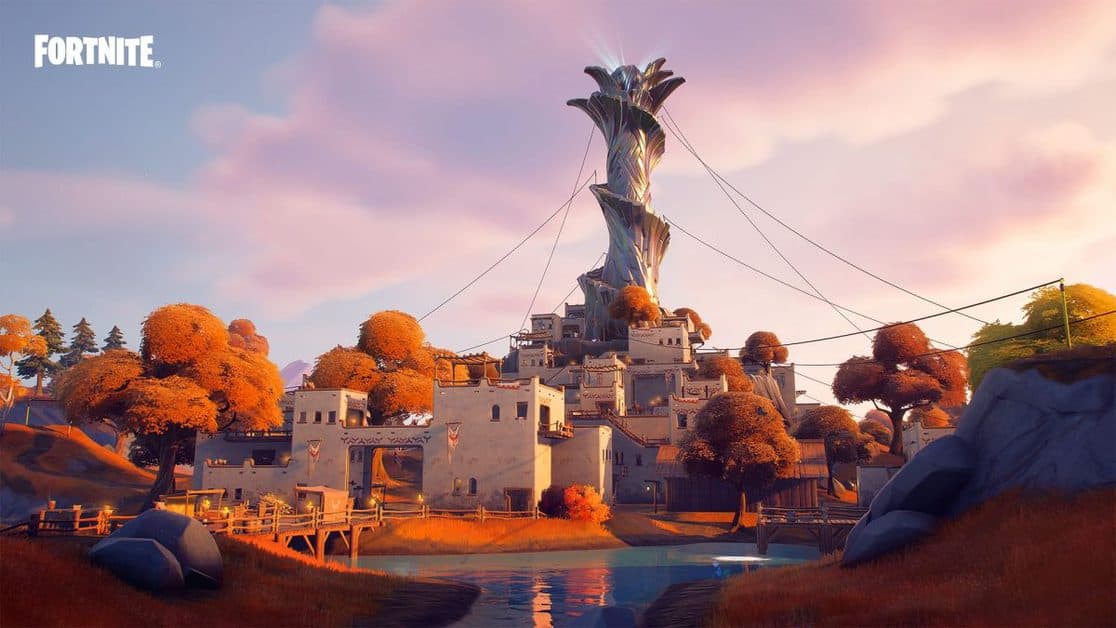 Fortnite Chapter 2’s Spire Challenges are in motion; do you have what it takes to complete all 8 of them? In this Fortnite Season 6 Week 3 Spire Challenges guide, we’ll be walking you through the completion of all challenges.

There are a total of 8 challenges that require completion.

The very first challenge tasks you with finding Tarana, who is one of the latest NPC additions in the game along with this new season.

You can find Tarana pretty easily wandering in the Boney Burbs area. Might die a few times before you manage to interact with her due to a great number of people trying to complete these challenges.

Artifact #1
The first Artifact can be found on the Western end of Boney Burbs in the ruins of an old shop. Go inside, and you can see a blue glow indicating the presence of the Artifact.

Artifact #2
The second Artifact is on the South-Eastern end of Boney Burbs in the same place where there used to be a clock tower. On the ground floor, under the stairs, just outside the tower, you can find the second Artifact.

Artifact #3
The final Artifact is located in the North-Eastern end in yet one more ruin of what was a shop. You can find the Artifact on the ground floor between a wall and a tree.

Go back to Tarana to get the next quest; she’ll be around in Boney Burbs.

Find the Thief and speak with them.

Your next destination is Colossal Crops to find a thief running about. Stock up and you can find Raz in the main structure of the farm on the second floor. Interact with him and choose the Spire option, which will then task you another challenge.

Raz will ask you to go play the Last Log, which can be found just down the stairs, right outside the building. Once you’ve interacted with it, go back to Raz and he will ask you to find five Uncommon or rarer quests.

Collect a Cult Talisman from a Guardian

To defeat a Guardian is a challenging task, and they can be found at the Guardian Shrines added in the map. There are six Guardians on the map, you need to defeat only one for the Talisman.

They’re pretty tough, with shields, strong weapons and the ability to teleport around you. Killing one will finally drop the Cult Talisman, and you can return to Raz with it.

Where to get a Cult Artifact at the Shrine

Your next challenge requires you to go to the center of the map in order to grab an artifact for Raz. Make your way to the Spire, and you can find the Artifact you’re looking for on the buildings next to the Spire.

Once you see the Artifact, interact to grab it and book it outta there!

How to Harvest a Wolf Fang, Boar Tusk, and three Chicken Feathers in Fortnite

Wolf, Bear, and Chicken can be found on the map in various spots. We’d, however, recommend you go to either of the two spots mentioned below.

Don the disguise and strike three Resonant Crystals at the Spire

The final challenge requires you to grab a disguise and hit three of the Resonant Crystals at the Spire.

The disguise itself can be found at the very end of the village, right at the foot of the Spire (South-East).

Hit the pink crystals along the path; once you’re done smacking three of them, you will have completed all of the challenges for The Spire.