Fortnite: Epic Games To Add 60 FPS Mode For PS4 and Xbox One, Will Be Out This Month 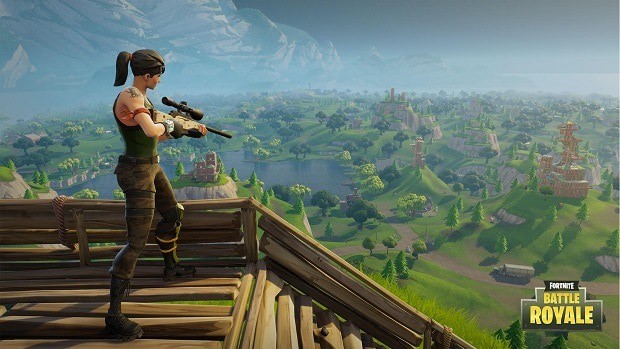 The co-op sandbox survival video game developed by Epic Games, Fortnite, recently hit a 3.4 million concurrent player mark. So it will be not surprising if the company wants to step up the level in regards to this game and stepped up they have; Epic Games has announced that they will be rolling out an optional 60FPS mode of Fortnite for Xbox One and PlayStation 4.

The optional 60FPS mode of Fortnite will roll out later this month for PS4 and Xbox One as well as for PS4Pro and Xbox One X. Epic Games has confirmed that the 60FPS mode is being tuned for each console to maximize the frame rate while letting it not influence the visual quality.

Other than that Epic Games also said that the studio has also added West Cost servers and will add Brazilian Xbox servers in the effort to improve the game connection.

Talking about improving game connection, Fortnite servers suffered a major blow when it got hit by 3.4 million concurrent users. Fortnite didn’t hold up so well with the strong crowd, the servers buckled under traffic load. To which Epic Games have also recently published a detailed post regarding the server problem and how they plan to solve this issue.

This is not the first time the servers have suffered. Epic games have acknowledged that they were not able to stay ahead of their growth rate and due to that Epic games will be putting other things on low priority and place this server issue on high priority.

With that being said, there are some several upcoming limited time modes for Battle Royale as well, the 50v50 event is available as well. Epic Games have recently also shared concept art of several new items and outfits that will be available in Battle Royale very soon.

Fortnite Battle Royale is now free to play and is available on PS4, Xbox One, and PC.