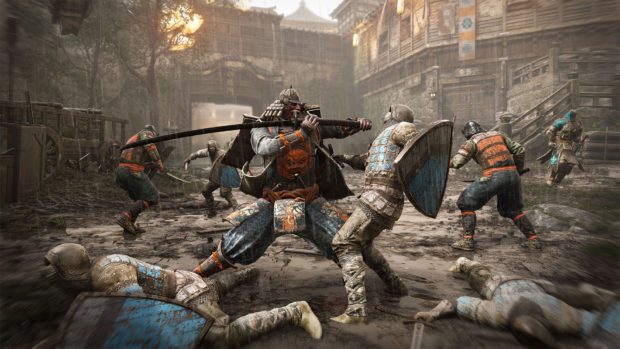 For Honor, the Ubisoft game, had a difficult start in its release but, thanks to the constant release of content, this multiplayer is currently one of the most favorites among Ubisoft players.

Between events, gifts, episodes, champions and more situations, they have caused the life of the title to remain dynamic, and Ubisoft does not seem to stop its ways. However, there is no doubt that there are still players who have not played the game, and for them, Ubisoft give players the opportunity to get the game for free.

All uplay users can purchase the game for free until August 27. Specifically, the version of the product they will claim through the company’s website is the Standard Edition. This is the version of the game that does not host any expansion or extra content.

Even so, its acquisition is highly recommended. For Honor was one of Ubisoft’s riskiest bets for being a new IP so far away from what is currently being played in the multiplayer scene, but the title has come out much better than what the users expected.

Here is an extract from the summary page of For Honor on the Ubisoft Store:

Carve a path of destruction through an intense battlefield in For Honor, a brand-new, groundbreaking melee action game developed by Ubisoft Montreal in collaboration with other Ubisoft studios. Choose your favorite warrior amongst a variety of bold Knights, brutal Vikings and deadly Samurai, each with their own weapon set and play style. Storm castles and fortresses in massive battles and confront deadly bosses in intense duels to ensure the survival of your people against a mysterious and deadly foe. For Honor offers an engaging single-player and thrilling multiplayer experience. Wield the weight of your weapon and feel the power of every strike through this system designed to put you in total control of your warrior. Customize each facet of your warrior weapons, armor and gear.

We remind you that For Honor is available on PC, Xbox One and PlayStation 4.