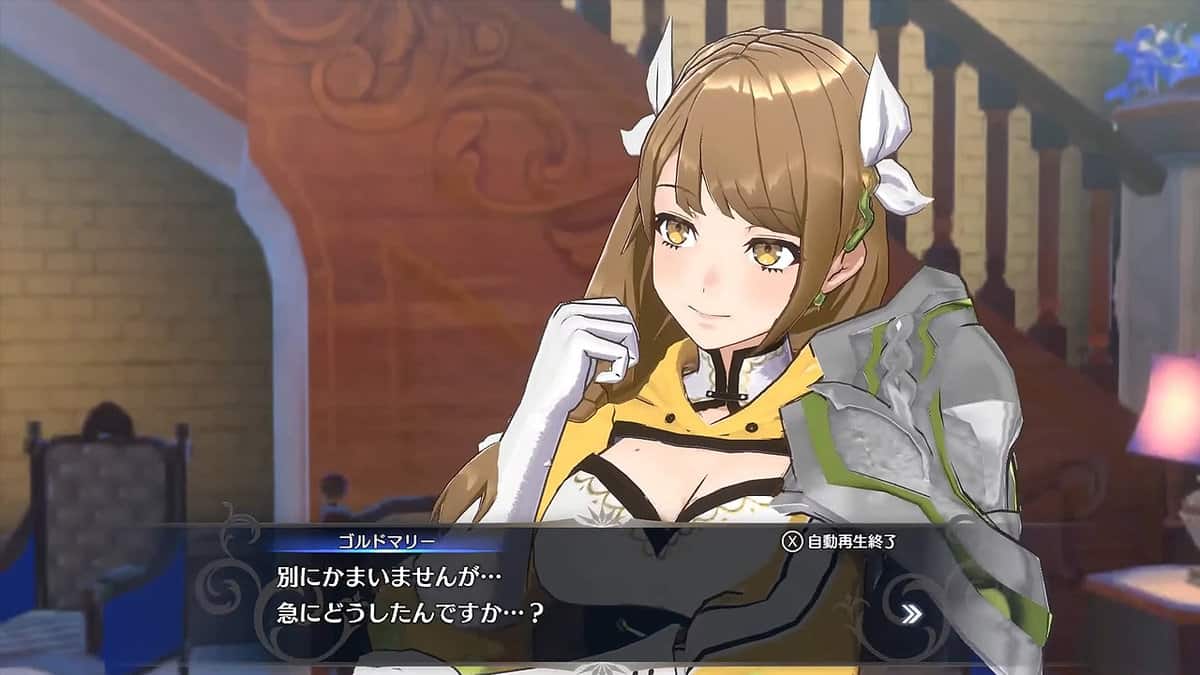 Goldmary belongs to the Elusia faction and is one of the playable and recruitable characters in Fire Emblem Engage. She works as a bodyguard for the young princess of Elusia, Hortensia.

She looks shy, but her battle capabilities are on the next level. Making her a fascinating character to play in FE Engage.

This guide will tell you everything about Goldmary, making you aware of her impact on FE Engage.

How to recruit Goldmary in Fire Emblem Engage

Goldmary can be recruited after going through Chapter 16: The Seashore Travel. In this chapter, you will travel to the Azure Coast to fight against Marni and Mauvier.

Before you begin your battle, Goldmary will join your team herself. She will be available to play and recruit from that point in the game.

Goldmary’s starting class is Hero with an A proficiency in sword and C in lance in Fire Emblem Engage. Goldmary primary weapon of choice is a sword. The class allows Goldmary to land double attacks on foes if her health is at maximum.

Furthermore, you can also go with the General class. Goldmary has A Proficiency for sword in this class, and you just need a master seal to change her class. She can switch places with her ally standing next to her, proving to be a great tool while countering the enemies or saving her allies.

Lastly, the Griffin Knight class can be an excellent option for Goldmary. She gets an A proficiency in this class for Axe. Griffin Knight’s class has the additional benefit of Clear the Way ability. The adjacent spaces and Goldmary’s spaces will cost one movement for allies.

Belonging to Hero Class, having the ability to tackle foes offensively and defensively is important for Goldmary. The Disarming Sigh allows her to deal Hit-20 damage on the male foes, making her more deadly for males. You can change her class and still use this skill as it’s personal.

Gifts are an excellent source to improve your relationship with the recruited characters. The personalities of all the FE engage characters differ, making them picky with their gifts.

There is a list of gifts that you can give Goldmary in FE Engage:

All these gifts serve your purpose of increasing your relationship with Goldmary. To gift her anything, you just need to start a bond conversation with her and make your offering. She will accept your gift with her whole heart.

The best emblems to choose for Goldmary are Leif, Ike, and Roy.

These emblems provide Goldmary with offensive and defensive abilities to eliminate foes. Leif allows her to carry multiple weapons and land multiple hits with a single strike, inflicting severe damage on the foes.

Roy pushes the survival capabilities of Goldmary to the next level. She will survive even the toughest of battles and deal maximum damage due to Roy’s Blazing Lion ability, which will trap the foes in the raging fire.

Lastly, Ike perfectly boosts the front-line capabilities of Goldmary. Allowing her to survive more attacks from foes and grants an increase in stats such as +5 in Defense and +5 Resistance.

Goldmary is part of the Hero class, making her front-line stats great. Her magic stat is the weakest, and all the starting stats are given below:

Goldmary is a great character to use when it comes to direct combat. You can push the foes and inflict severe damage. You can grow her stats to build her into offensive and defensive characters, protecting the allies in most situations. Level up Goldmary to grow her stats into following: