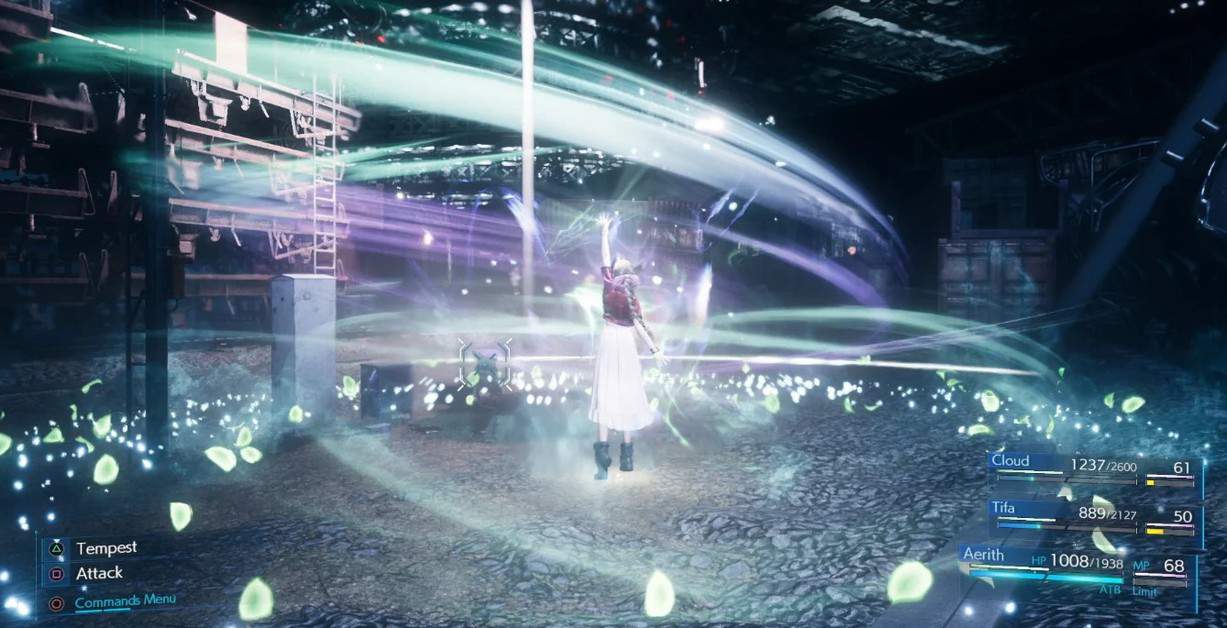 Command Materia is one of the 5 main types of Materia in FF7 Remake. In this guide, we will give you all the information about Final Fantasy 7 Remake Command Materia Locations, Combinations and Effects so you can decide which ones to use.

With all the range of abilities FFVII Remake has to offer, you can combine their usage, and adjust variations based on what enemy you are facing or make up for what your character is lacking in.

The Command materias in FF7 Remake are yellow materia which gives you commands that you can perform at the cost of your ATB bar.

Find below our list of the game’s Command Materia and their locations in FF7 Remake.

Allows you to restore your own HP and cure poison with Chakra relative to the damage received and with no additional MP cost. Levelable up to 5 times with 20%/25%/30%/35%/40% of damage taken HP restoration.

Chakra Materia in FF7 Remake, when maxed to its last level, can surely provide the best healing possible. However, it’s the leveling that is the downside of the Chakra Materia since it takes a long period of time to reach the 5th Level.

Allows you to use Assess to discover information on enemies, including their weaknesses. Can be leveled two times, at first level it targets one enemy and at the second all enemies in the area.

It allows you to restore the party’s HP with Pray, which consumes 2 ATB. Levelable to 5 levels with Slight/Modest/Moderate/Great/Significant Hp restored respectively at each new level.

It allows you to use Steal to take items or gil from enemies. Steal Materia is an optional Materia however, there are a few exclusive items to it that can only be used, once stolen by using the Steal Materia such as the weapon for Aerith.

Steal Materia is purchasable from Chadley for 100 gil after completing Battle Intel Report 7.

Keep in mind that most of the items stolen by the Materia can be bought for a cheap price. Hence use it on an item that’s worth the steal.

Doubles ATB when activated. It has a total of 5 levels with usage cooldown reducing each level as follows 360/300/240/180/120 seconds. ATB Boost Materia is purchasable from Chadley after completing Battle Intel Report 4 in Final Fantasy 7 Remake.

The downside to ATB Boost Materia is that it can’t be used continuously and instead of increasing the ATB is set, it basically doubles the actual current health which doesn’t do any favors if you’re left with a small amount of ATB.

Gives you a chance to learn enemy techniques allowing to turn some of the annoying attacks of your enemies against themselves. These abilities can only be used when the materia is set to your equipment.

However, it lacks abilities since it’s specified to certain foes and doesn’t have much to offer outside of battling with the foes. The only abilities it possesses are: Algid Aura, Spirit Siphon, Self-Destruct, and Bad Breath.

Once learned, each new enemy skill appears as an individual command. To acquire the Enemy Skill Materia, complete Battle Intel Report 16; Assess 30 enemy types and purchase it from Chadley for 100 gil.