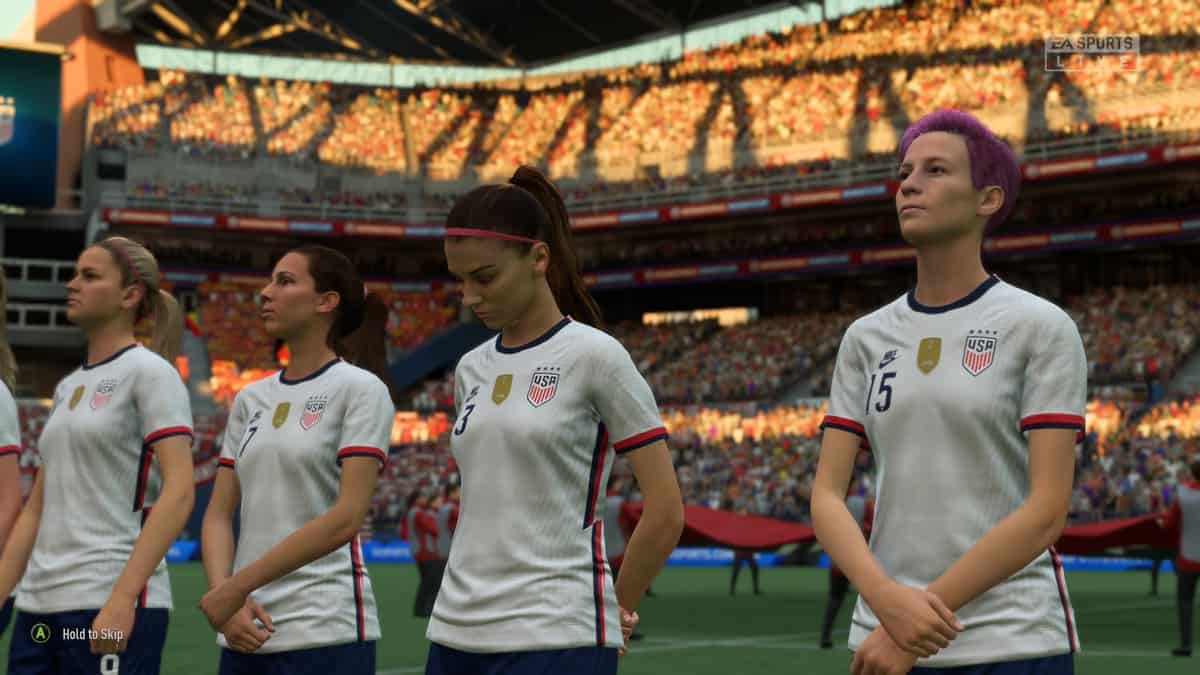 In FIFA 22 Best Women Players table, we have the Names of our players, Nationality, Position on the field, and Rating. Later on, we will pick some names of the girls and introduce them. What is their specialty, and why should you pick them for your team?

For FIFA 22 we have a bit of a three-way tie! Vivianne Miedema, Lucy Bronze and Wendie Renard reign the leaderboard with an impressive 92 rating.

Vivianne Miedema, Arsenal and Netherland’s superstar Striker, is known to be one of the greatest forward attackers in the game. With an impressive 61 goals and 68 appearances in her repertoire, count on her to carry you to victory.

Lucy Bronze is an equally talented RB. She has won 9 trophies over the course of just 3 seasons! Lucy has made 82 appearances scored 9 goals. She is definitely a reliable pick for your team.

Now let’s talk about a French CB player, Wendie Renard. She has appeared in 247 matches and scored 83 goals in total. It is an impressive number after adding into account the 14 league wins and 28 goals.

Moving on from the wonder trio, Samantha Kerr is rated as 91. This Australian forward striker has retained the title of the all-time top goal scorer. She has scored 21 goals in 22 games, winning the Golden Boot in 3 separate leagues.

Now let’s wrap this up with Amandine Henry. She is a defensive midfielder who has been the captain of the French women’s national team since 2017. Despite her role as a defender, she has prevailed on the score sheet and provides consistent assists.

Just from reading this little introduction, you can gauge the talent of these women. In Fifa 22, you can pick and choose from this roster as you please, harmonizing and creating your star women’s team.