FIFA 13 Team of The Year Midfielders Up For Grabs 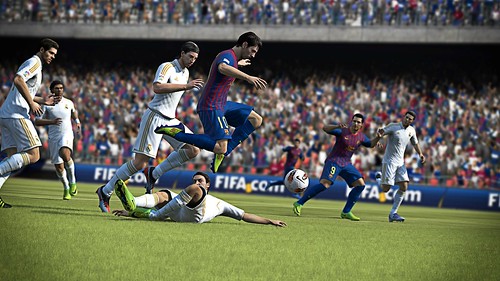 FIFA 13 Ultimate Team continues its campaign by giving us more TOTY players up for grabs, this time midfielders Xavi, Iniesta and Xabi Alonso.

They will be available as random draws from player cards and will be there for the taking for a limited time, 6:00 PM GMT to be precise. The first round of players which included defenders Sergio Ramos, Dani Alves, Marcelo, Pique and Goal Keeper Casillas is now over and the players no longer available. The attackers will be the last to be offered once the midfielders are done with.

Here is a list of the FIFA TOTY 13 players: