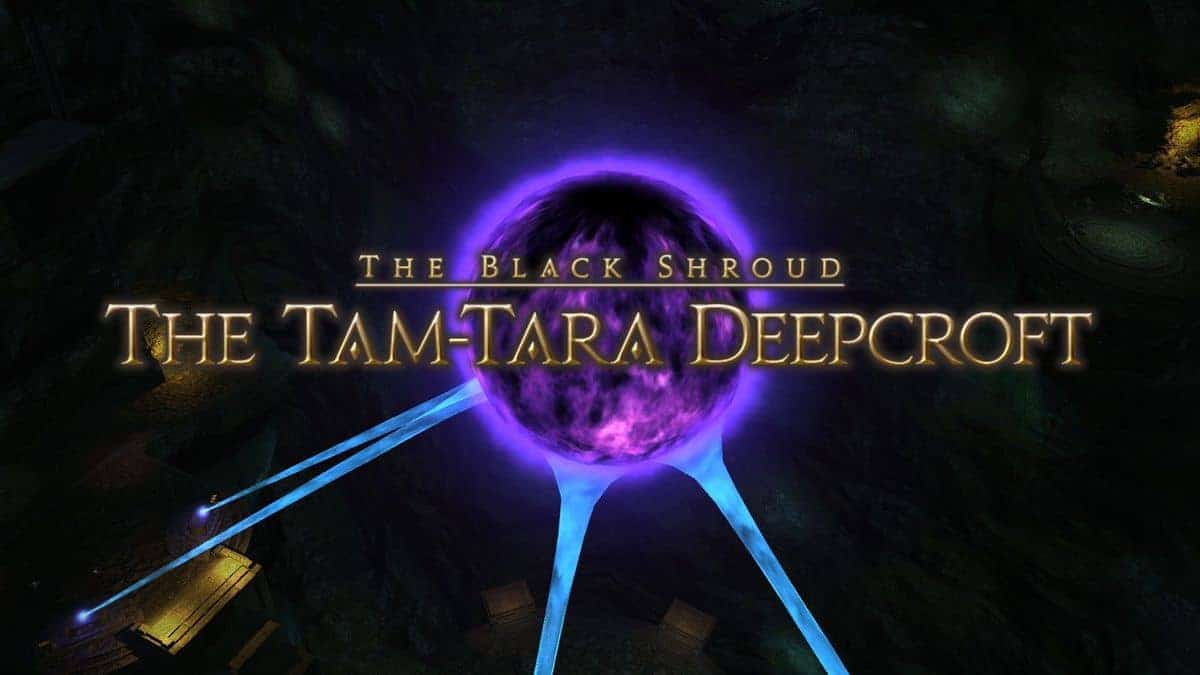 Tam-Tara Deepcroft is the second dungeon in FFXIV: ARR and is a bit more difficult and longer than its predecessor. Like the previous dungeon, it requires a light party which consists of 4 members; preferably 2 DPS, 1 Healer, and 1 Tank.

You’ll need to be on the proper step of the level 15 city quest, ‘Fire in the Gloom’ which sends you to Gridania to meet Mama Mioune who then sends you to Tam Tara Deepcroft.

The Dungeon is fairly straightforward with a few side rooms and it’s generally advised to check these side rooms because you might find valuable items in them. Other than that, there is a 90-minute timer and the level range is between 16 to 19 and the system syncs you down to level 19 if you’re above the level range.

Location: This dungeon is located in the Central Shroud which is south of Gridania.

You’ll find the entrance into Tam-Tara Deepcroft towards the southwest of the BentBranch Meadows. Only one person needs to enter the dungeon while the remaining party simply needs to be in the Central Shroud to begin.

You’ll receive 4 main objectives during this dungeon. These objectives involve finding rosaries, destroying orbs, breaking barriers, and defeating Galvanth the Dominator who is the final boss you’ll encounter at the end of the dungeon.

The dungeon pretty much goes directly forward so you won’t have trouble navigating through it, along the way you’ll encounter mostly undead NPCs and which you can easily take out with proper pulling techniques. You can find the rosary in one of the side rooms.

As you progress, you’ll run into the barriers which you need smash by right-clicking on them. After this, you will have to find 4 altars which are guarded by a group of Imps and a Priest and a mini-boss after them.

Take them all down and you will be able to destroy the orbs and destroying all 4 orbs will take you into the boss fight.

Galvanth – The Dominator
The final boss fight against Galvanth the Dominator can prove to be quite lengthy but certainly not that difficult to complete. During the fight Galvanth also summons adds which are mostly undead mobs or imps. It is good to have your DPS take them out as soon as possible for an easy win.

Other than this, Galvanth himself usually casts water spells on his target which isn’t an issue. Although he does have one PBAOE spell which paralyzes any targets in the line of fire; it can be dodged quite easily.

Your usual tactics should work really well against him as he’s not that tough of a boss. Kill him to complete the dungeon.