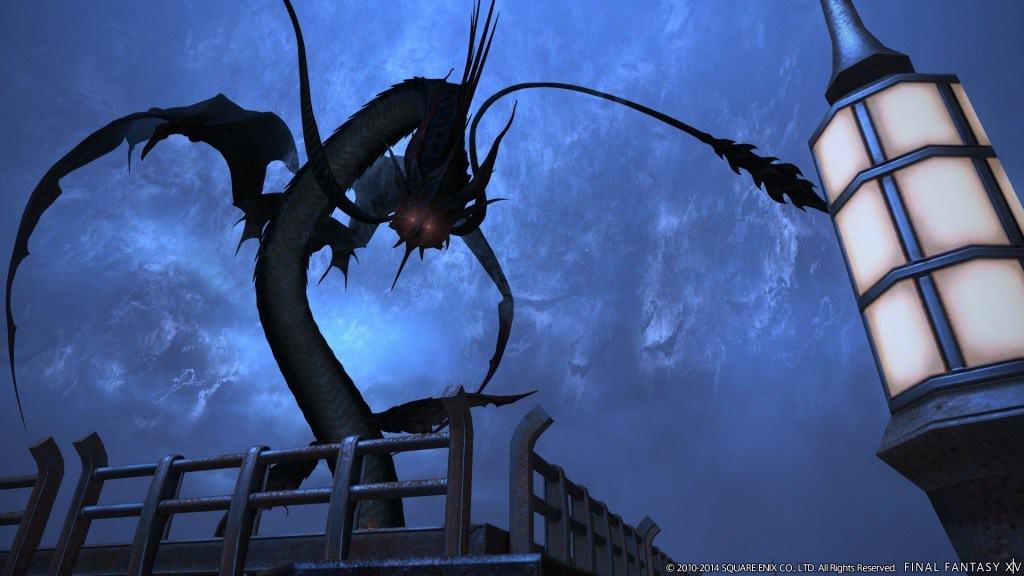 Final Fantasy XIV: A Realm Reborn will soon get a HUGE content patch which will be numbered 2.2. Square Enix has released a bunch of screenshots showcasing some of the stuff available in this update and exciting us by some awesome expectations of what is to come.

Two of the most important things being showcased are the new primal Leviathan and the old fan favorite – Gilgamesh – the avid collector of rare swords – oft foe – oft ally – sometimes summon.

The legendary sword collector who is forever in pursuit of his lost Excalibur, equipped with Genji equipment that can be stolen from or dropped by him, finally gets to play a part in this online MMORPG.

While a release date has not been announced yet, you can check out all the available screenshots below – courtesy of Square Enix:

Meanwhile, check our gallery show casing how awesome the Fat Chocobo looks like in Final Fantasy XIV: A Realm Reborn. The game that originally launched as a huge critical failure, but A Realm Reborn update restored the series to the 80+ metacritic scores that it is worthy of.

Excited about this news? Hoping to battle Gilgamesh or to make use of his awesome roster of impressive swords? Voice your thoughts on the matter in the comments below!