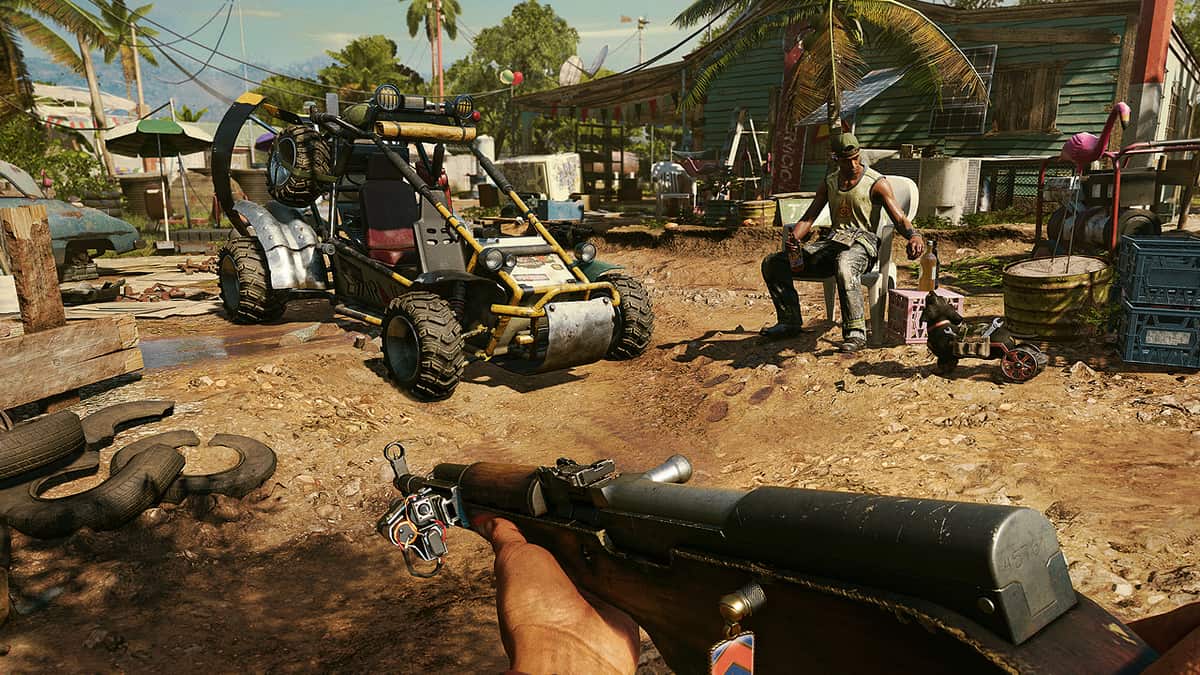 Ubisoft continues to tease how Far Cry 6 will be utilizing the new DualSense wireless controller features on PlayStation 5.

Speaking with Play magazine (via PSU) for the latest issue, lead designer David Grivel confirmed that Far Cry 6 will be supporting both the adaptive triggers and the haptic feedback of DualSense to boost immersion. That alongside other PS5 features which remain to be revealed in the coming days.

“We can’t wait for players to experience the game on that platform; it feels great with the large roster of vehicles and weapons we have,” said Grivel.

Since Grivel specifically mentioned both weapons and vehicles, it is safe to assume that DualSense owners will feel the adaptive triggers and haptic feedback kick into motion during both gunplay and on the road.

Recall that a couple of months back, game director Alexandre Letendre teased how “DualSense owners will be happy” playing Far Cry 6 at release. However, no details were shared. Ubisoft looks to be getting ready to make a full-blown reveal in the coming days for not only DualSense support but also other features which will work in tandem to enrich the fictional Caribbean island of Yara.

There remains a lot which needs details. Grivel previously teased that Far Cry 6 will be the first installment in the franchise to have worthwhile post-game activities and a proper endgame. Ubisoft has come up with something new which goes beyond the usual activities such as clearing up side missions and the map in general after finishing up the single-player campaign.

An accompanying season pass will include Far Cry 3: Blood Dragon and also allow players to play as villains from past Far Cry games such as Vaas, Pagan Minn, and Joseph Seed.