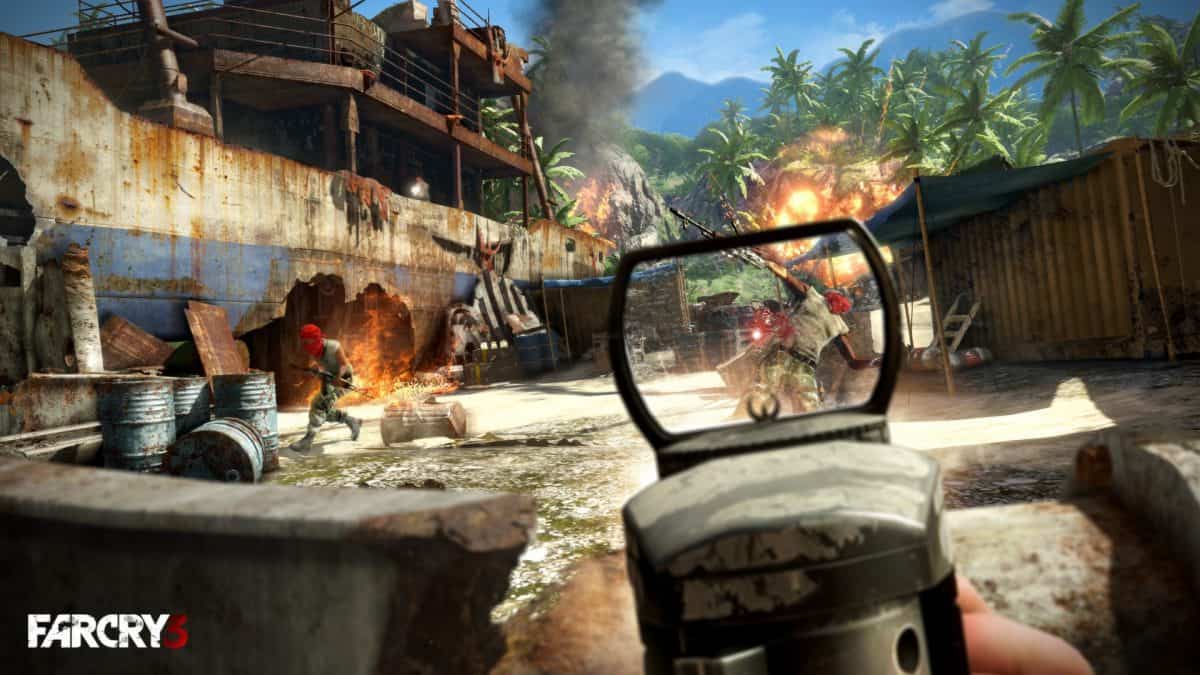 Far Cry 3 features a leveling system similar to the ones found in other games such as Borderlands 2 and Torchlight, and sometimes you need a bit of help in order to know what skills are worth taking in order to complement the kind of play style you’re going for, thus we have compiled this Far Cry 3 Skills Tree guide.

The skill trees for Jason come in three forms; The Shark, the Heron and The Spider.

Note: some of the skills are locked until you complete a prerequisite challenge first, usually involving killing a certain number of enemies in a certain way.

For more help on Far Cry 3, read our Crafting Recipes and Weapons Guide.

The Heron Skill tree focuses on making you a mobile, scout-type player by increasing movement speed, reload speed, and granting you a number of takedown skills.

Cook Grenades
Holding the grenade button will ‘cook’ a grenade, making it explode faster after the throw.

Hip Shooter
This skill will make you more accurate while firing SMGs, pistols and shotguns from the hip.

Aimed Reload
You can now reload pistols and rifles while aiming.

Death from Above
Press a button to kill an enemy from above. These kinds of kills will give you five times normal experience.

Death from Below
Press the Right Stick kill an enemy from a ledge below them. These kinds of kills will give you five times normal experience.

Deap Breath
Allows you to remain underwater for a longer period.

Steady Aim
Pressing a button while looking through a scope will steady the weapon for a greater period of time.

Line Gunner
This skill will allow you to shoot some weapons from the zipline.

Marathon Man
(LOCKED – Requires you to collect 5 Relics to unlock) Allows you to sprint faster.

Dual Death From Above
(Locked – Requires you to perform one Death from Above kill to unlock) Allows you to kill two people simultaneously from above for 7.5 times normal experience per kill.

Dual Death From Below
(Locked – Requires you to perform one Death from Below kill to unlock) Allows you to kill two people simultaneously from below for 7.5 times normal experience per kill.

Gunslinger Takedown
(Locked – Requires 10 handgun kills to unlock) Allows you to take an enemy’s pistol and kill others with it.

Skills in the Shark tree of Far Cry 3 are for those characters who like to be all gung-ho when blazing through the enemy. Because of this, the skills found here mostly deal with advancing healing and combat processes.

Takedown
Lets you silently kill an enemy from behind for three times normal experience.

Improved First Aid
Allows you to heal yourself without medicine.

Chained Takedown
Lets you string together up to 10 takedowns, giving you 10 times more experience for every successive kill.

Evasive Driving
Stolen vehicles are twice as resistant to damage.

Heavy Beatdown
(Locked – Requires you to kill one Bull Shark to unlock) Gives you a special heavy attack that grants five times normal experience per kill.

Grenade Takedown
(Locked – Requires you to kill 5 people with grenades to unlock) Lets you kill enemies by activating their equipped grenades then pushing them away for five times normal experience per kill.

Ironsides
Damage which you take from explosion will be reduced by 50%.

The Spider skill tree is your basic stealth tree. It features takedown variations that will make picking off your enemies easier, as well as skills that enhance various elements of survival, like swimming and running.

Sprint Slide
While sprinting, you can press a button that will cause you to go into a slide.

Takedown Drag
Now you can drag and hide bodies after performing takedowns.

Running Reload
Allows you to reload weapons while running.

Expert Swimmer
Hitting a button allows you to move 25% quicker in water.

Horticulture 101
Obtain twice as many items from plants as you normally would.

Stone Wall
Take less damage from animals and have a lesser chance of being knocked over by enemies.

Loot Takedown
Automatically loot the corpse after a takedown.

Knife Throw Takedown
Perform a takedown, and throw the victim’s knife at another enemy.

Ninja Step
(Locked – Requires you to liberate 2 outposts without being detected) You make less noise while running and sprinting.