Fans Ask Blizzard For An Overwatch Friendly Fire Game Mode, It May Not End Well 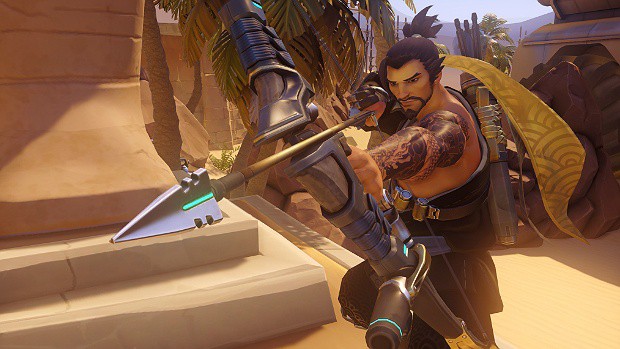 Overwatch is Blizzard’s MOBA first-person shooter game which emphasizes team-play and character coordination for success. A fan of the game wanted the game to further expand on this concept by introducing Overwatch Friendly fire as a separate game mode.

Friendly fire Mode would be a game mode in which players are not only able to kill members of the enemy team but also members of their own team. I believe this mode would add a new and important layer of strategy and thinking to the team-based element of Overwatch.

Though low-level players would be more severely punished by this mode. It would teach everybody to think differently about their positioning, ult-timing, mechanics, and grouping. In short, it would take Overwatch as a team-based shooter and bring equal emphasis to teamwork.

Blizzard does like feedback from its fans, so there’s a good chance that we might see this game mode come to life.

Is it really good idea though? Let’s speculate.

Friendly fire is present in a lot of games due to how it adds a strategic layer to the gameplay itself. You’ll see this feature adopted a lot in games like Counter-Strike or Rainbow Six Siege. Is the same feature applicable in Overwatch though?

It definitely does add to the team-play aspect of the game itself. If players are liable to damage each other due to recklessness, it’ll force more team coordination among each other. Some characters that get free passes on not worrying about aim (*cough* Junkrat *cough*) will also need to watch where they shoot since they can now end up shooting their own.

Rallying behind tanks like Reinhardt and Orisa will also have a whole new dynamic to them. Since you’ll risk shooting them through their cover that they provide you.

There’s a lot of Overwatch abilities that could be used on allies in a friendly manner to save them while doing damage to the enemy. Pharah’s concussion mine for example. This ability allows Pharah to displace and throw enemies away from a certain spot. Which can be used either to save herself or to send them out of bounds. If the friendly fire was allowed, this same ability could be used on teammates.

Think about it, all your friends getting clumped up as an enemy Genji charges them with his dragonblade. A sharp Pharah could use the mine to hit her teammates and send them flying apart to divide the Genji’s attention.

Similarly, a Lucio can use his soundwave to shove and push his allies away from something like a charging Reinhardt. A D.va can use her body as a platform to help her less mobile teammates to reach higher vantage points as well.

I think the most major drawback that I can see to this feature is the amount of toxicity present in Overwatch. Accept it or deny it, there is a lot of it and I mean A LOT. Toxic players having access to Overwatch friendly fire is not a good idea at all.

Can you imagine if you manage to piss your own Reinhardt off? You’re all merrily marching ahead and suddenly hear your own tank’s hammer slam down behind you. Knocking you all down to and leaving the team to the mercy of the enemy. Just because you called each other’s moms fat in the team chat.

Sure, introduce Overwatch friendly fire. Can’t hurt to try it right? But keep it as a separate game mode. So that players that don’t want to deal with the new changes don’t necessarily have to. Take notes from Battlefield 5.