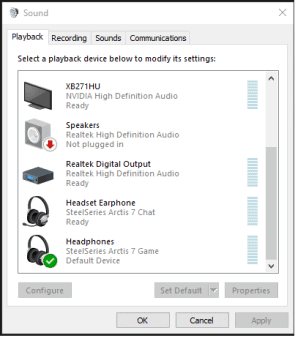 Fallout 76 has finally arrived and it’s no surprise that it comes with various errors and bugs which will take away all the fun from you. Fallout 76 currently consists of issues like game crash, launch crash, server disconnect issues, lack of sound and many more. We have made a list of common issues and errors of the game along with their fixes.

Fallout 76 has been flooded with errors at launch. Some of them have resulted in players waiting for hours to play the game they pre-ordered very long ago. Server disconnect issues are very common and that’s something Bethesda intends to work on to deliver a smooth experience. Below we will be listing some common errors and discuss their possible fixes so you can keep playing without any hassle.

Fallout 76 Error – Server Disconnect Issue
Server issues are very common at the launch of a new game so Fallout 76 isn’t an exception. Players are reportedly having a hard time connecting to the servers but according to Bethesda, it won’t be the case anymore. Bethesda officially says that this error has been fixed and will now allow you to go online without any problems. In case you can’t sign in, just close the application and try again until you get back in.

Fallout 76 Crashing on PC Error
If your Fallout 76 keeps crashing on PC, just make sure your system meets the official requirements as mentioned by Bethesda here. Fallout 76 PC crash is mostly the result of hardware issues.

Updating Graphics Driver
If the problem persists, start by updating drivers for your graphics card. You can find the latest drivers for NVIDIA and AMD from their sites. Also, make sure to manually download all of these drivers from the sites above. You should install the latest ones only after deleting the previous drivers.

Now once done, restart the Bethesda launcher and relaunch it to start playing.

Scanning and Repairing Fallout 76 from Bethesda Launcher
This scan and repair tool present in Bethesda launcher checks your installed game for missing or corrupt files. It will scan and let you know which files are corrupted, missing or need to be downloaded again. To do it simply select Fallout 76 from the launcher and go into the game options located on the top right then select scan and repair.

No sounds in Fallout 76 PC Error Fix
It’s a very common error that you will encounter while playing Fallout 76. Sometimes you will not hear any sounds of your weapon and dialogues. This error can be fixed from your sound settings depending on the output device you have plugged in.

For headsets, just go to your sound settings, sounds, playback and then you’ll see different configs. You’ll probably see two different configurations. Switch to the other one and your sound errors will be fixed. For example: if you have SteelSeries Arctis 7 then you’ll have to select the headphone config to enable all sounds in Fallout 76.

Fallout 76 Full-Screen Error
Another common error which disables you from having a full screen. There’s one work around it which is by lowering your desktop resolution. Lowering the resolution will enable you to play the game on fullscreen once again.

Fallout 76 Region Ping Error and Launch Crash Fix
This happens when your Fallout 76 main screen gives you a no region ping error resulting in you getting stuck on retry or quit screen. The only workaround is to delete any internet security program that you have installed. Another way to fix this is by disabling the “controlled folder access” from Windows Defender Security Center.

The other way is to add Fallout 76 to the exception list in your anti-virus or firewall settings. Make sure to keep the below-mentioned files as an exception to fix the error correctly.

This error can be fixed by lowering your graphics to low if you are playing on High.

Bad or Low Frame Rate Error
Another common issue currently found in Fallout 76. Your FPS stays between 20-39 even if your PC is above the required specs by Bethesda. To fix it, you can try switching to fullscreen instead of borderless from the settings menu.

Linkfail Error
This error comes with a message which reads “This email address is already in our system” and it stops you from playing Fallout 76 as you can’t log in into your Bethesda account. The fix to this is by verifying your Bethesda account. Go to Bethesda Dashboard here and select “Help Find My Account”. Now you’ll need to put in your email linked to the Bethesda account to verify your account, you are good to go once done.

Login Fail Error
To fix this error, open up your Bethesda launcher and choose diagnostics from the drop-down menu on the left and run launch repair tool. This will repair corrupted and missing files of your launcher resulting in the fix of this annoying error.

$MinDiskSizeFailError – Start Error Fix
This error is a result of low storage space. Check out if you have free memory left on the HDD/SDD where your Windows is installed. Moving and deleting files will also fix this error. Keep at least 2 GB free to allow the game to create files to prevent problems in the future.

Lag Fix for Nvidia Users
Some players of Fallout 76 are experiencing lags even on some beast systems. To fix it you should turn off the software which allows your PC to switch between integrated and dedicated chipsets. It can be found in your Nvidia graphics settings outside the game.

That is now all that you need to know about Fallout 76 errors and issues along with their fixes. We will keep updating with more crash fixes once we get to know them so keep coming back.