Fallout 76 May Have Changed Parts of the Lore 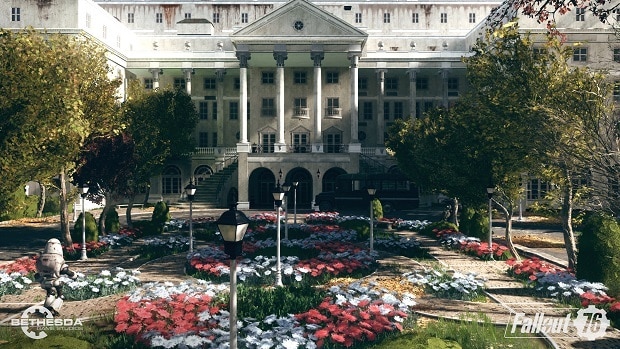 Fallout 76 is different from any Fallout we have played but we were expecting it to remain a contained experience. However, the game may have impacted the lore of Fallout overall. It seems some changes have been made to alter the game’s lore in a way that would need some proper explanation when we play the game.

Not too long ago Bethesda shared Fallout 76 multiplayer gameplay trailer. The footage hides a bunch of secrets and hints about things to comes.

Those who played previous Fallout games or even Fallout 4 would remember Brotherhood of the Steel.

According to the lore, Brotherhood of the Steel was founded in 2077 by Roger Maxson, a former captain in the United States Army but the faction didn’t peak until 2200’s.

The faction was led by Colonel Robert Spindel at the time but not much is known about the early years of the faction but we do know that it didn’t start to explore and influence out into the surrounding area until 2150’s.

Most of their history before 2077 is tucked away in a vault in the Lost Hills. The first known group to leave the vault did so in 2134. The Lost Hills Shelter is located in California and this causes a problem for Fallout 76.

If we look at the multiplayer gameplay trailer, at 1.45 mark you see a logo that looks similar to the logo of the Brotherhood of Steel.

If Brotherhood of the Steel is exploring in this time and that too in West Virginia, where Fallout 76 is set, Bethesda would need to come up with a very good explanation.

Bethesda may alter the game’s lore to accommodate factions feature in a way it feels familiar. Fallout 76 is already unique enough as it is thanks to its dedicated multiplayer experience.

But the MP experience will remain contained in 76, according to Todd Howard. The developers are not planning to expand this mode into other mainline Fallout games. Howard explained their focus on singleplayer experiences and confirmed Fallout 5 is a singleplayer only experience. Still, other elements from the games will remain a standard across all installments. For example, Fallout 4’s crafting system is coming to 76 and we can expect a better version of it in Fallout 5 as well.