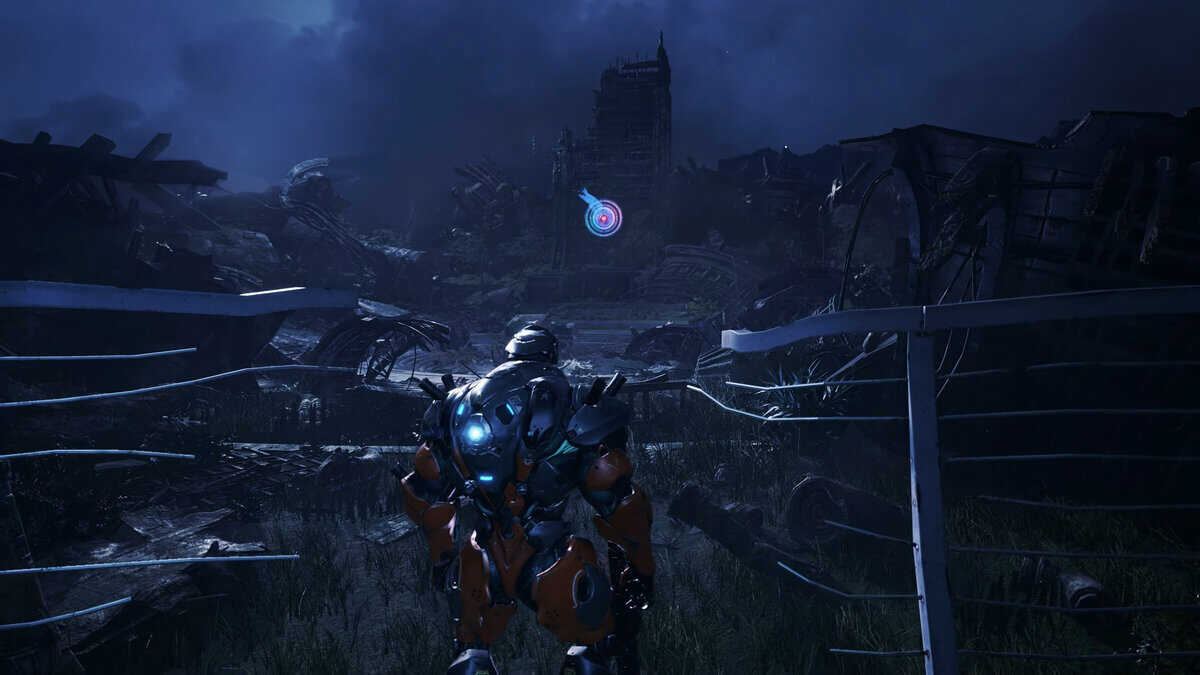 While Exoprimal is not exactly a Dino Crisis game fans have been asking from Capcom, it’s close to it as you will be a badass killing a lot dinosaurs. Fans are quite excited for Capcom’s upcoming dinosaurs based co-op action game. We are excited too and naturally, we wanted to know more about Exoprimal.

The idea behind Exoprimal was to offer “thrilling” actions to the fans. Something, Capcom hasn’t done before. Moreover, they wanted to create a new IP so Exoprimal seemed like a right choice:

When we started the concept, we wanted to challenge ourselves with thrilling actions that has never been seen from any previous Capcom games. When we strive for the excitement in colliding with numerous enemies instead of fighting with one single strong enemy as in Monster Hunter, we thought there can be some possibility for a new IP. Considering the user sharing the excitement in colliding with numerous enemies through internet, we believed that the new game should be a concept sold as a new IP. The above are the motivation behind the development of Exoprimal.

To fight-off the “strongest animal in history, humans have the high-tech exosuits at their disposal. Just like Anthem, you can customize these exosuits for different playstyles and different builds.

The players and Exosuits level go up along with Dino Survival. When the level goes up, the player can receive a variety of rewards, including the Module which can strengthen the Exosuits. The Module can make the suit last longer, reload weapons faster and allow the suit’s original Active Skill performance to change. The player may equip with up to 3 Modules based on the player’s needs. Through combining the Modules, the player may change the way of fighting. The player may create a suit build for general situations and multiple suits builds for specific situations. It can be fun to change suits to cope with different situations.

Exoprimal is not all PVE as the game will also offer some sort of PVP as well. In Dino Survival mode, players will be pit against each other to see who kills more dinosaurs in a competitive PVE environment. Players might fight other exosuit players as well but that will depend on the mission conditions set by the leviathan so a dedicated PvP isn’t there.

In “competitive PvE” Dino Survival mode, “competing with a rival team” is the basics of fighting with dinosaurs. PvP (directly combat with other suit players) may or may not occur depending on the content of the mission presented by Leviathan in Dino Survival. Furthermore, even if it is a mission that PvP occurs, the frequency of PvP occurrence will change depending on rules, fields, placement of objects, etc. (Sometimes occurs easily while sometimes hardly). As PvP appears as a mission in Dino Survival, the player cannot force PvP in order to win a specific reward.

Loot is an important gameplay element for a game like Exoprimal. We asked Capcom what sort of loot players can expect from different missions in Exoprimal.

There is a large range of customizable items and Modules prepared in the game. During gameplay the players may obtain or build their own Exosuit according to their own preferences.

Exoprimal is being developed using RE Engine. While the engine might not look like a perfect fit for a game like Exoprimal, Capcom changed the technology to suit the core nature of the game.

We spent a lot of time establishing the technology as a server-client game. We built new technology to handle the large number of dinosaurs. Large numbers of dinosaurs are now handled by both the server and the console to deliver a powerful experience to the user. Fighting over 10,000 dinosaurs is very exciting.

The variety of Dinosaurs in the game will also play an important role in keeping players engaged. Capcom also plans to to introduce more dinosaur species with time.

We have prepared many different dinosaurs to be announced at a later stage. First, we selected famous species such as tyrannosaurus, triceratops and velociraptor. Next, we picked dinosaurs which can be played or play a role in an action game such as ankylosaurus and dilophosaurus as we thought adding an action image easily to the game is important. Additionally, to make the game more interesting as an action game and to allow creating a variety of strategies, we have created a peculiar species called “Neosaur” which can perform long range and area attacks that real dinosaurs are uncapable of.

As for the release date, the plans are to release the game in 2023 however, Capcom doesn’t have any information on the possible beta tests in near future. The game has been tested through closed network test but nothing has been revealed for general public yet.