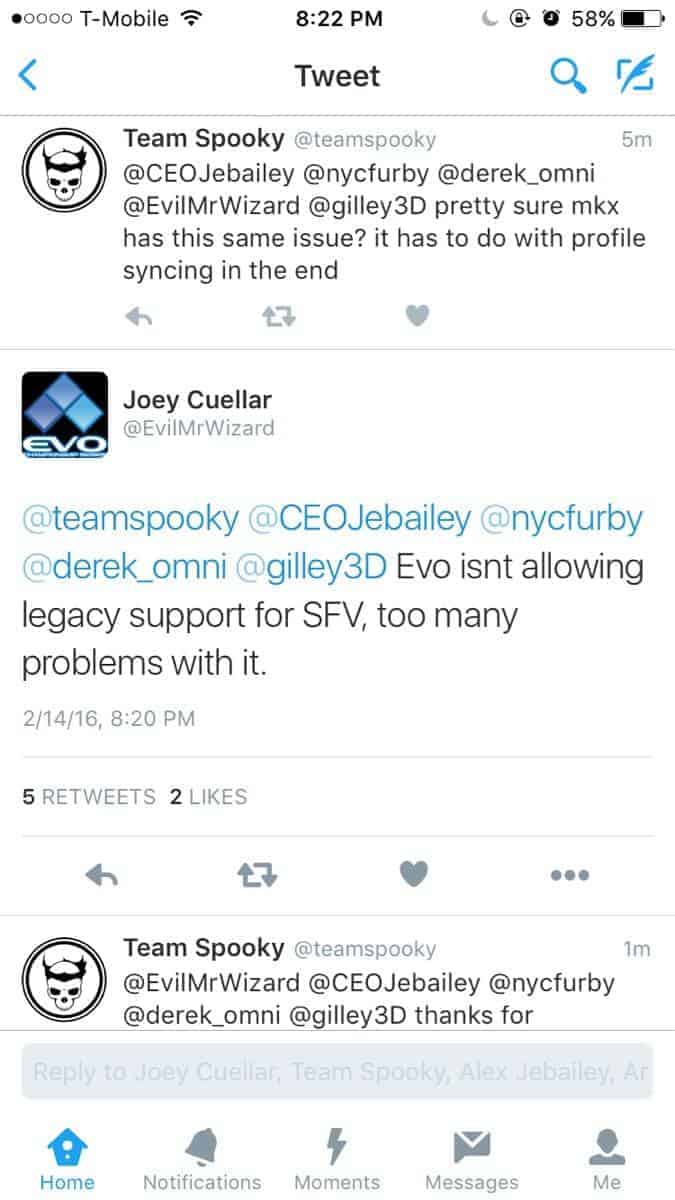 Last week, Capcom confirmed that Street Fighter 5 would be compatible with DualShock-3 controllers after day-1 patch. However, while players will be able to play the game using a DualShock-3 at home, they will not be able to do so during EVO championship, according to an EVO representative.

Speaking on Twitter, EVO’s Joey ‘EvilMrWizard’ Cuellar wrote that EVO would not allow legacy support for Street Fighter 5 as it causes multiple issues. While I currently do not know what these issues are, it is possibly related to drop input or input delay of some sort.

However, another interesting thing that happened is EvilMrWizard’s deleting his reply which sort of suggests that he probably jumped the gun and the decision is not finalized as of this instant, but we will make sure to keep you updated with further proceedings.

Coming to the PC version of the game, it has also been confirmed that the PC version currently only supports x-input and not d-input – fightsticks for PCs and DualShock-4 controllers. This is another thing which has been promised by developers to be added later down the road.

Street Fighter 5 officially launches tomorrow (although retail copies are already available in some places) on Feb. 16, 2016 for Playstation 4 and PC with cross-play functionality between the two systems. There is a lot of content (including marketplace, 8-player lobby, in-depth story mode, DLC character Alex, and more) which is scheduled to roll out during the game’s March 2016 update.

What are your thoughts on this? Let us know in the comments section below!