The Evil Within 2 Review: Fails to Outdo The Original 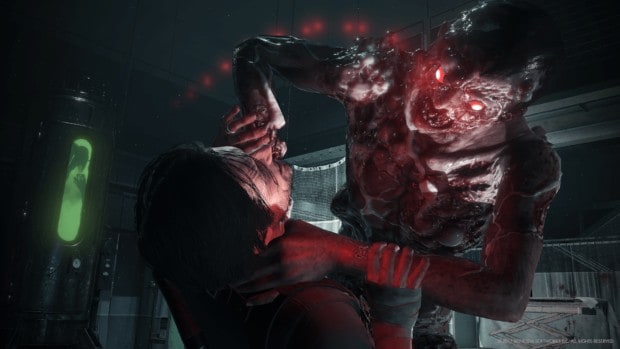 After the disaster Resident Evil 6 and its spinoffs were, Shinki Mikami, decided to revive survival horror through Bethesda Softwork’s The Evil Within. Even with its flaws, the visual panache alone contributed so much to the overall experience.

Now, the sequel is here; The Evil Within 2 continues the story of ex-cop Sebastian Castellanos. The story is a mix of cheap horror flicks and some classic horror games we have played. A torn down cop at the end of his life is trying to coup with the loss of his daughter but now he finds out that she is alive. But she is trapped inside a supernatural town. It is a classic “father tries to save the daughter story.”

The Evil Within 2 Review

We have seen this tone before in the likes of The Walking Dead, The Last of Us, Taken, and more. What makes The Evil Within 2 a little typical is the fact that there is a band of egomaniacs called Mobius involved. A crazy town with a bunch of nuts in a cult is pretty vanilla for the franchise that wants to revive survival horror.

The events of The Evil Within 2 are set three years after our lead survived Ruvik’s twisted mindscape within Beacon Mental Hospital. Juli Kidman comes with news that Lily, Sebastian’s daughter, is alive and he must rescue her by delving to the shared consciousness of the STEM system.

It is difficult to wrap your head around the plot and make sense of anyone’s motivation. But during the course of the game, anyone’s motives or even the story itself starts to matter less and less gradually. You are focusing more on killing everything in your sight.

While the original game was pretty linear, The Evil Within 2 comes with a semi-open world. Once you are done with the opening chapter, which is pretty graphic by the way, get a little background and a look into the future, you find yourself in the residential area of the Union Town.

The game doesn’t hold your hand after you reach the first safe house. Side quests are marked on the game along with other points of interest and you are free to pursue them in whichever way you like.

The Evil Within 2 tones down the psychologically disturbing premise and grungy aesthetic of the original game. But even with its shortcomings, the overall experience is highly enjoyable.

If you have played the original game you will feel right at home in terms of gameplay. Saving ammo, getting stealth kills, and occasional shoot em’ up action once you upgrade and have enough ammo is all there but you can choose to go a different route which we’ll discuss shortly. Unfortunately, the enemy AI remains pretty much the same, tough but dumb as a rock. It doesn’t challenge you to mix up your tactics.

It’s odd how unphased Sebastian is by the horrors around him. It’s probably because of what he has seen in the first game but interestingly, monsters didn’t scare him much the first time as well. The gameplay is similar to the original with little to no changes at all.

You will mostly get perfect stealth kills but being overconfident can get you spotted, swarmed and killed in a flash. Which is something you will have to deal with early on, especially, if you haven’t played the first game. What kind of tones down the difficulty level is the lack the match system. In The Evil Within, unburned corpses could revive at any time which isn’t the case in the sequel.

The system was indeed a little frustrating sometimes but it created some terrifying moments. So it’s hard to believe that you actually end up missing the match system. Compared to the original you do not need to conserve resources as much this time around, especially, on the normal difficulty level.

If you manage to gather enough crafting materials and ammunition, you can end up turning The Evil Within into Resident Evil 4. As was the case with the first game, the crafting system is uninspired. Sebastian’s skill tree and unlocking upgrades with green vital fluids bring customized progression which is fun to mess around with. Where The Evil Within 2 shines is its consistency with difficulty, you don’t have to deal with sudden spikes in difficulty.

Although the graphics aren’t something to brag about here and in fact, they take a step backward in a way even though the game wasn’t developed for PlayStation 3 and Xbox 360. The character models are rubbery but the lighting and overall aesthetic are passable.

Even though it fails to step out of the shadow of its predecessor, on its own The Evil Within 2 is not a bad game. It’s a 20+ hour long experience that leaves of exhausted but you’ll have a sense of achievement.

One step forward two steps back.