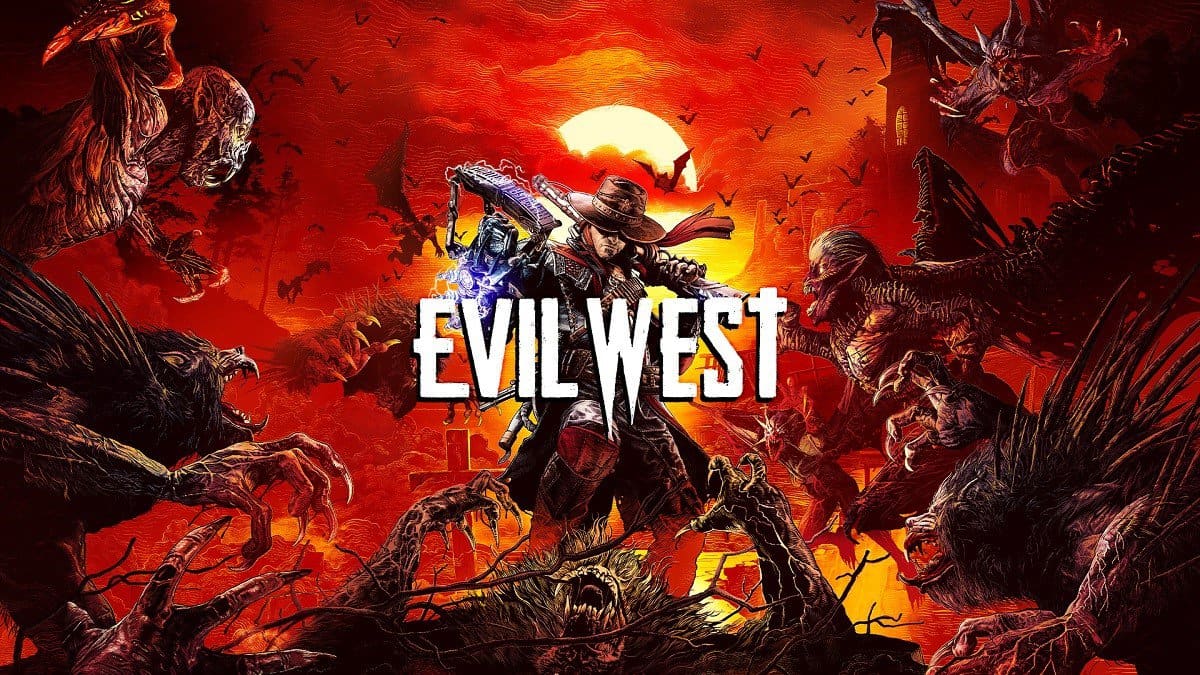 When one thinks about killing vampires in a wild west setting, usually the atrocious Abraham Lincoln movie comes to mind. So I was pleasantly surprised when I found out about Evil West and the experience it offers.

The game has abundant vampire and monster slaying, fun, and gorey gameplay, and gives its players a wide arsenal to cycle through. Unfortunately, it can get rail roady at times and the experience can get repetitive.

Set in an alternate 19th century USA, players take control of Jesse Rentier, a gun-slinging, gauntlet-smashing vampire hunter affiliated with the Rentier Institute. The institute, and Jesse, specialize in putting an end to vampires plaguing the country.

There’s a bit more to the story as you’ll find out while playing the game. His missions take Jesse to various caves, hideouts, lairs, forests, and swamps to hunt down his targets since vampires can’t step out into the sun.

You will also be aided by your companions who may provide direct assistance by sniping enemies to give you new toys to play with.

One thing that developers at Flying Wild Hog excelled in is the visuals and environment. The world of Evil West offers many sights to behold between slaying hordes of enemies. From canyons to lush green forests to snowy mountainous outposts, the game offers a diverse landscape that is a treat for the eyes. Add in the western style soundtrack on top and you get a real treat at the end.

The game is fairly straightforward and conveniently points the way Jesse has to go in with glowing chains. Players won’t get lost, even if they wanted to, though they will find plenty of loot if they explore the various levels. With 16 levels that take up to 12 hours to play through, the game is short but is engaging throughout and will keep you on your toes.

When the game begins, Jesse starts out with nothing more than his gauntlet to use against the enemies. But over the course of the game, his arsenal grows to include a revolver, a rifle, a flamethrower, an automatic crossbow, and many more toys that make slaying vampires a very fun time indeed.

But the fun doesn’t end there as you can purchase perks and upgrade your weapons to unlock abilities that let you stun them, ground pound them, and perform combos that will make Dante from Devil May Cry giddy.

You will constantly find new additions to your vast arsenal either as a new ability or perk, a modification to your weapon, or a completely new gadget to use against the vampires and the monsters serving them.

Even though Evil West has a lot going on for it, there are some shortcomings that make the experience not so great. While the backgrounds and ambiance are designed, the levels’ formula becomes repetitive as the game progresses and rarely changes.

If you strip down the differences in setting and location, most of the levels follow a similar formula and progression. Not only that, but the game gives players only one or two ways of going about an obstacle.

For example, Jesse is up on a platform and has to jump down a distance of a foot or two. The game gives only one area from where players can leap down, even though there is an entire section of the platform that Jesse could have done easily.

Even the game’s “assistance” where you are guided through the levels, feel like you are being railroaded through the game with little room for player agency. It is nice when it is easy to know where to go, but sometimes you want to explore, find loot or see what the world has in store. However, the game does not let players do that, and the exploration it does offer is fairly limited.

Additionally, the story seems to play second fiddle in the whole experience at best. During the plot, a personal tragedy strikes Jesse Rentier and he has to work to help a dear one. But we as players never get to feel the true motivations behind his action. There is no emotional weight as to why should we care instead of it simply being one of the game’s objectives.

The combat and gameplay for Evil West are excellent and are its strongest points. However, at times, especially during critical boss fights or when players are being ganged up on by hordes of enemies, the controls seem to freeze and players can’t do anything other than just roll away.

At least that was the case on the copy I received for review, but it may or may not be the case for you. Many times I was face to face with an enemy and about to unleash a world of pain on them, but Jesse would not do anything other than just awkwardly dodge or run around even though I had a perfect opening for an epic combo. But it did clear up once I got hit once, which is not an ideal fix in the slightest.

Despite its flaws, playing Evil West was the most fun I have had in months. Sure the story is weak but that is not why you’ll want to play Evil West. You want it for the gameplay.

The combat is surprisingly smooth and the wide arsenal you collect certainly makes for an entertaining playtime. But the game is short, the levels and the enemies get repetitive after a certain point in the game, and you may or may not face some input lag.

A few balance patches and a content DLC can easily help remedy these problems. All in all, Evil West is a short and sweet experience that entertains its players.

The $50 price tag, however, is asking a bit much for the experience you get.

You will have plenty of fun slaying vampires in Evil West. Unfortunately, it can get repetitive pretty fast.