Everything You Need to Know About Destiny 2 Warmind Reveal 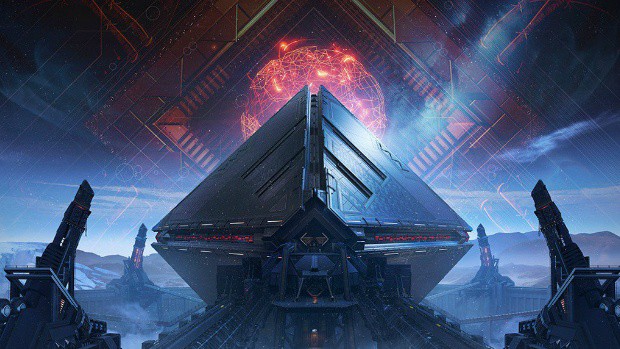 After last night’s Destiny 2 Warmind Reveal, we get the chance to get a glimpse of what the new expansion for the game will include. During the live stream, Bungie revealed the new Landing Zone and are on Mars where the Warmind DLC is set, the Escalation Protocol event as well as more changes and new exotic gear.

The story goes like this. Warmind is set on Mars and its landing zone, the Hellas Basin is a place with melting polar ice caps where the Warmind Rasputin awoke and gave birth to a chain of events across the solar system. That’s the place where you’ll experience the campaign of Warmind along with tons of exploration.

A big part of Warmind is the existence of the Clovis Bray corporation and Ana Bray, which will accompany you and serve as your vendor in the new expansion. During the Destiny 2 Warmind Reveal, we had the chance to see Ana Bray in the expansion’s prologue along with some cool action with her against the Hive.

As lead designer, Ben Wommack has stated during the reveal of the new mode, Escalation Protocol is a challenging endgame activity that actually engages players to come back into. One of the reasons for this new mode implemented in Warmind is player feedback, who actually wanted something challenging enough for their endgame experience. This is more than a public event since you can start a match whenever you want without any specific schedule.

What you basically do is gather your fireteam and interact with a rising signal tower that lures Hive enemies to your location. After the event starts, there will be seven waves of enemies approaching you each with their own bosses. You have three reward stages, one after the third wave, the second after the fifth and the last big one after the end of the seventh wave. You can get unique weapons and special ones during Escalation Protocol. A new weapon called The Valkyrie can also be found, which is a new type of spear-like weapon that works both melee and ranged. The Valkyrie is available for a limited time only though after its picked up, so think of it more as a powerup.

With the start of Season 3, changes to the Crucible will start taking place. For starters, when you first get into the Crucible you’ll find out that there will be two new ranks added: Valor which is a progression system that goes up when you complete matches and has no loss penalties, mostly suitable for players that want to spend time on Destiny 2 and Glory, which is only available in the competitive playlist and is tied to your wins and losses, you’ll gain rank when you win and lose some when you lose. What’s important is that you can reset your Valor after hitting max rank in exchange for rewards, which also awards you with an emblem tracking the number of times you used this feature.

Rewards also seem changed in Season 3 in the Crucible. After the release of Warmind, players can go to Shaxx, check the available rewards and see what requirements they’ll have to fill in order to obtain them. Some of those will require rank points while others will need you to complete certain objectives in Crucible.

More changes will be coming to private matches, exotic weapons and how they are used in Destiny 2. Furthermore, there’s a new raid coming, the Spire of Stars which has been mentioned but not yet revealed.

Destiny 2 Warmind expansion releases on May 8th along with the start of season 3. For more information about the new features detailed above make sure to watch the Destiny 2 Warmind Reveal live stream on Twitch.