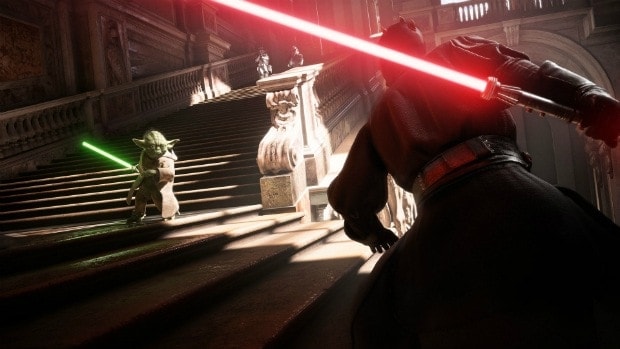 Star Wars Battlefront 2 Beta – Everything You Need To Know

Star Wars Battlefront 2 beta will be avaialble on PC, Xbox One and PlayStation 4.

The game requires a whopping 16 GB RAM as a recommended requirement while 8 GB RAM is required to meet the minimum standard.

Those who will participate in Star Wars Battlefront 2 beta will receive rewards in the full version. These rewards include “Founder’s Crate” which will grant players credits, a Darth Maul emote, and a Rare Star Card.

Star Wars Battlefront 2 is a first-person action shooter in development at EA DICE and is scheduled to launch on November 17, 2017, for PC, Xbox One, and PlayStation 4.