Everything About Jump Force, Release Date, Confirmed Characters, Everything You Need To Know 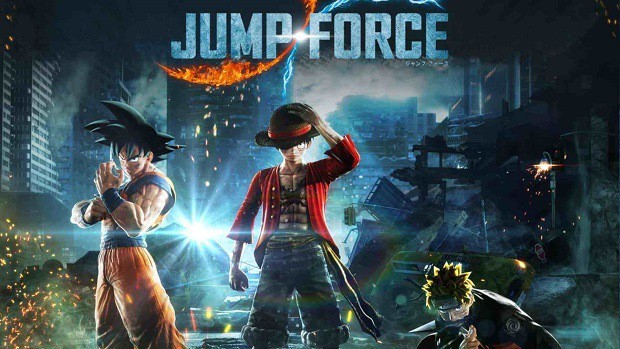 Players will be able to choose from a wide variety of different characters from different Anime and Manga and take them to battle in huge tag-team style battles. What sets this game apart from other fighters is that all fighters will share the same health bar so switching characters will not give you a complete health bar.

This makes a big focus on combo shuffling and big moves rather than health advantages during tagging fighters. Each character will come with their signature fight moves and fights and we will be able to pit them against each other for the first time in the gaming history. The arenas are huge and feature real-world sceneries.

This is because the story of Jump Force is set on planet Earth and all characters are now on the planet to lash out crazy combos on each other. Visually the game looks amazing, especially the character design is really out of this world.

Seeing some of the Anime characters in 3D for the first time really blew us away. The game engine really seems to be doing justice to the game and the characters featured in it. The environments look beautiful and the explosions are very detailed and massive.

We can see that the levels are destructible and the massive fights will leave nothing of the original level behind with each level featuring destruction and massive explosions changing the stage completely.

According to the developers, the players do not need a hefty learning of combos to actually enjoy the game. The game is very easy to play and can be enjoyed by players of all skill level. Mashing the same button will result in some really cool combos while some more veteran and serious players can make use of the advanced combat mechanics to gain an edge over the button mashers.

The game reveals trailer and the E3 playable build revealed some of the characters included in the game. We have listed the confirmed characters below which are categorized according to the anime series they are from. We see that some of our favorite anime characters are making an appearance in the game.

From Bleach, Aizen Sosuke, Ichigo, and Rukia Kuchiki are confirmed characters included in the game. We can see that Ichigo and Aizen are from the Thousand Year Blood War Arc so we are hoping that they have their respective abilities as well.

From Dragon Ball Z, we see Frieza and Goku both in their Dragon Ball Z forms. Goku uses his Super Saiyan 1 in the trailer but we have yet to see Frieza use Golden Form. Coming to Naruto, we see Naruto and Sasuke in the game. They have all their abilities from Naruto Shippuden and the appearances as well.

From One Piece, we see Luffy and Zoro as confirmed characters for the game. Luffy has his Gear 4 transformation. Apart from these playable characters, we can see many other characters in the trailer as well such as Light Yagami and Ryuk from Death Note.

Both of these characters are in the game and will be part of the story mode but the player cannot control them. We also see the Blackbeard’s ship make an appearance from One Piece. However, there is no confirmed news about him being a playable character or not.

We will continue to add more confirmed characters in this section of the article as the developers release them. So far, only the above-mentioned characters are confirmed to be present in Jump Force.

Currently, the only confirmed news about Jump Force’s release date is that it is set to release in 2019. We do not know the exact month in which the developers are planning to release the game at the moment. We can assume that they will pick either of the holiday seasons for the launch.

Jump Force is coming out on Playstation 4, PC, and Xbox One consoles. We hope that it makes it way to Nintendo Switch as well as many players would love to play the game on the go. We will update this section of the section as well when we receive more information about the game’s launch date or platforms.

Let us know in the comments section below about how you feel about Jump Force. We know that we are very excited and we cannot wait to pit Goku against Naruto when the game finally comes out.