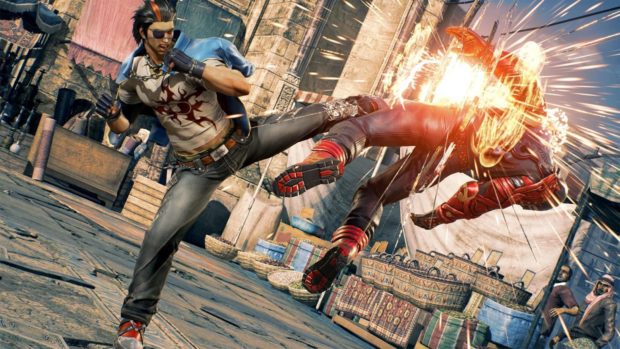 As is the tradition every year, people from all over the world gather to compete in the biggest fighting game tournament known to man. Held in Las Vegas, USA, the eSports event brings out the best among the fighting game community including moments like Daigo’s flawless parry. It’s safe to say since it’s the conception of the idea of eSports tournament, EVO has become a real sporting event with many viewers attending it every year.

For some, it may be the first time they will actually be watching some fight in a video game while for others it will be business as usual. No matter which side you belong to, we have put together a complete manual to help you go through EVO 2018 without missing a single match, be it via streaming or being in the area in person.

This time around there are 8 fighting games taking the spotlight on the world’s biggest fighting stage? Big names like Street Fighter V, Tekken 7, Super Smash Bros Melee, along with Blazblue Cross Tag Battle, Guilty Gear XR2, and Injustice 2. Making its debut, the popular 2018 fighter Dragon Ball FighterZ has dethroned Marvel vs. Capcom 3 and took its place.

Dragon Ball FighterZ also holds the spot for the most participants in this year’s Evo with 2,575 players competing for the trophy while Street Fighter V comes in second place with about 2,484 participants.

In addition to hotly contested matches, salty moments, rage quits, heartbreaking speeches, there’s always something in it for fans looking forth to the future of their respective games. As the usual case goes, companies behind the popular fighters like Capcom and Bandai Namco know there’s not a better time to hype up fans about additional content that will be making way to the games.

Street Fighter V has already started teasing us with the mysterious new character named G. Expect to see a full reveal trailer for him after Sunday’s final. As for Tekken 7, there’s been a long wait since Noctis was announced as a crossover character. Bandai has confirmed the incoming season 2 DLC and so look out for surprises. We are sure other fighters have interesting things planned as well.

Evo starts later today with pools for each of the games mentioned above with the exception of Guilty Gears XR2 as it goes underway on Saturday. The tournament will span over a period of 3 days with the finals being held in the arena on Sunday, 5th August 2018. Thanks to our friends at Shoryuken, you can find the whole schedule below for each of the 8 main game stages: 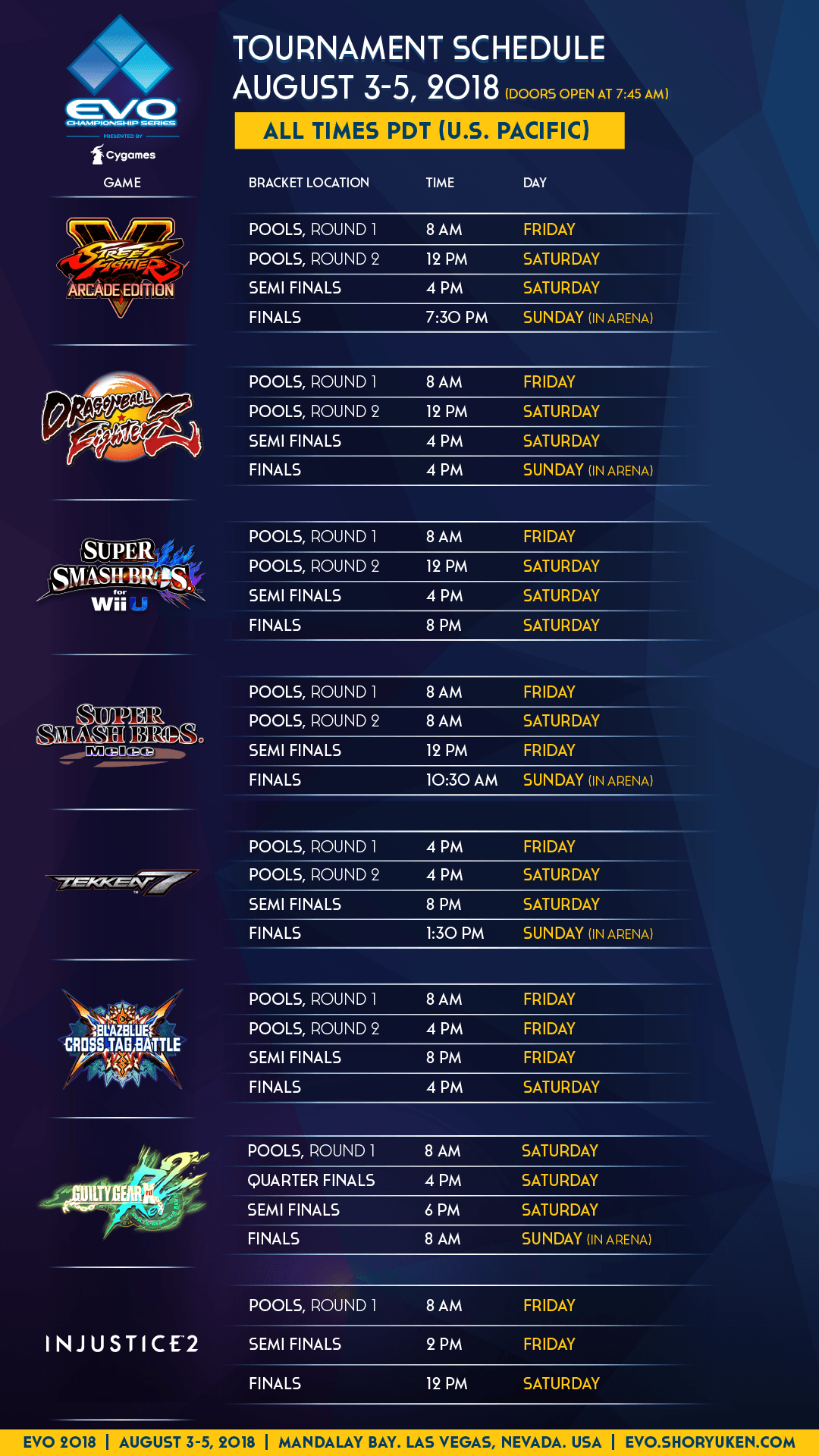 As for the players involved and brackets information, you can head to smash.gg (https://smash.gg/tournament/evo-2018/events)

For those of you attending the event in Las Vegas, you may find this map of seating arrangement and zones useful: 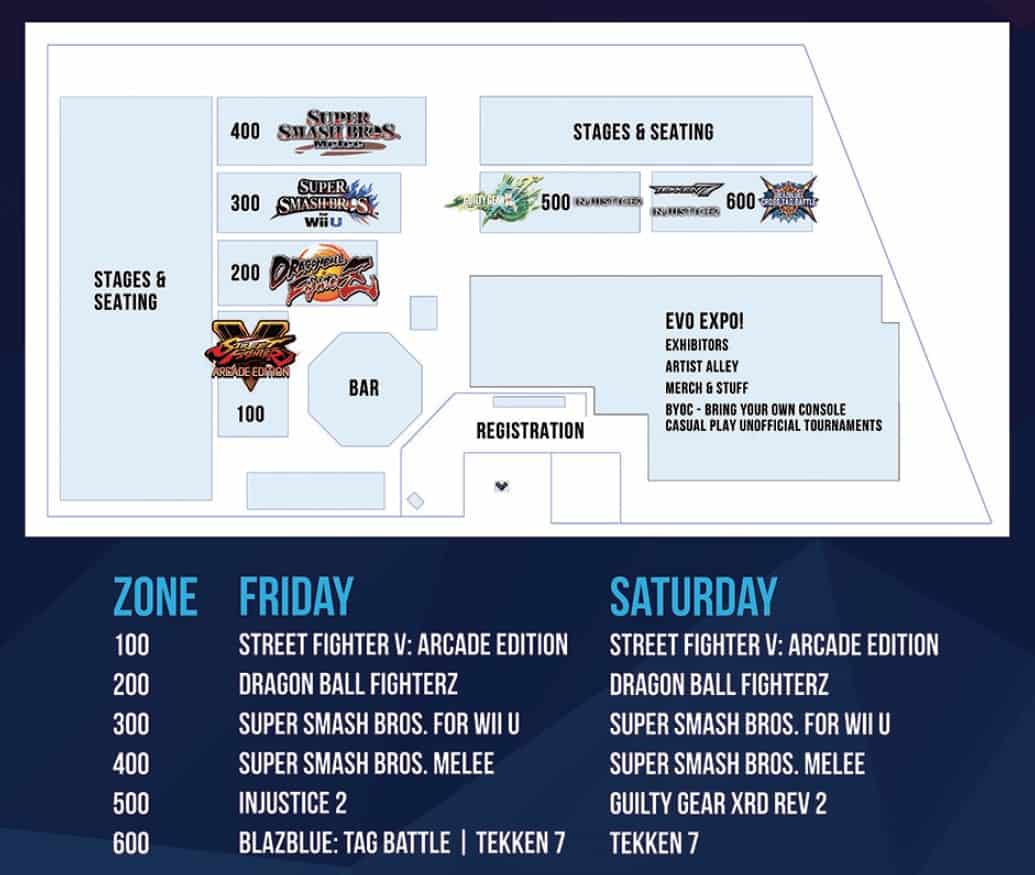 For those of you that would be watching live from home, Street Fighter V aside, each of the games’ entire live coverage can be followed on Evo’s twitch channels (7 in total). For Street Fighter V, you can follow the event on Capcom Fighter’s channel on Twitch or YouTube. Below, you can find out which Evo channel will be responsible for the game’s coverage being shown: 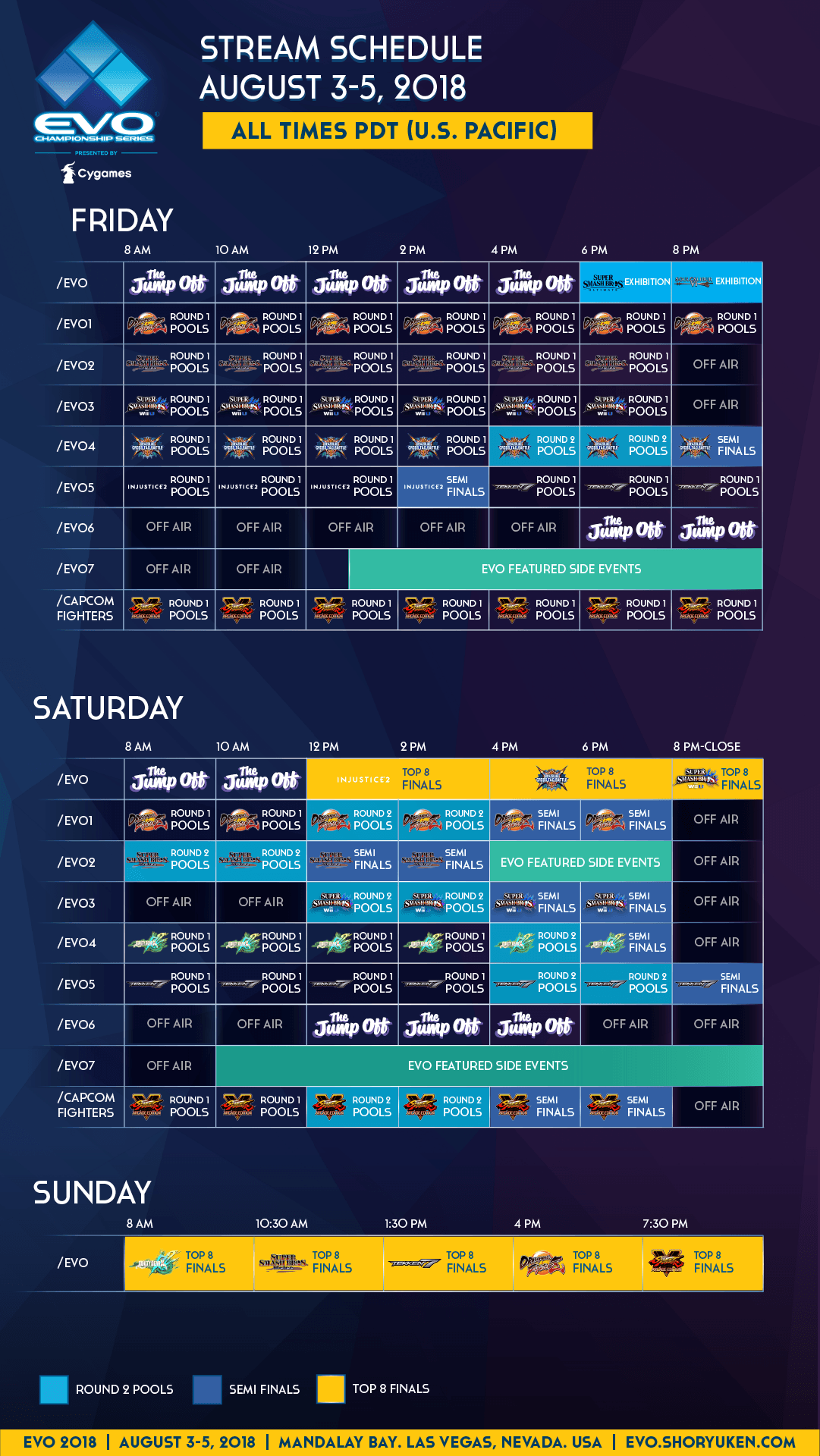 Lastly, if you are super pumped up about the event, you might be wondering which of your favorite commentators will be hosting the event. Thankfully, we’ve got a list for that too: 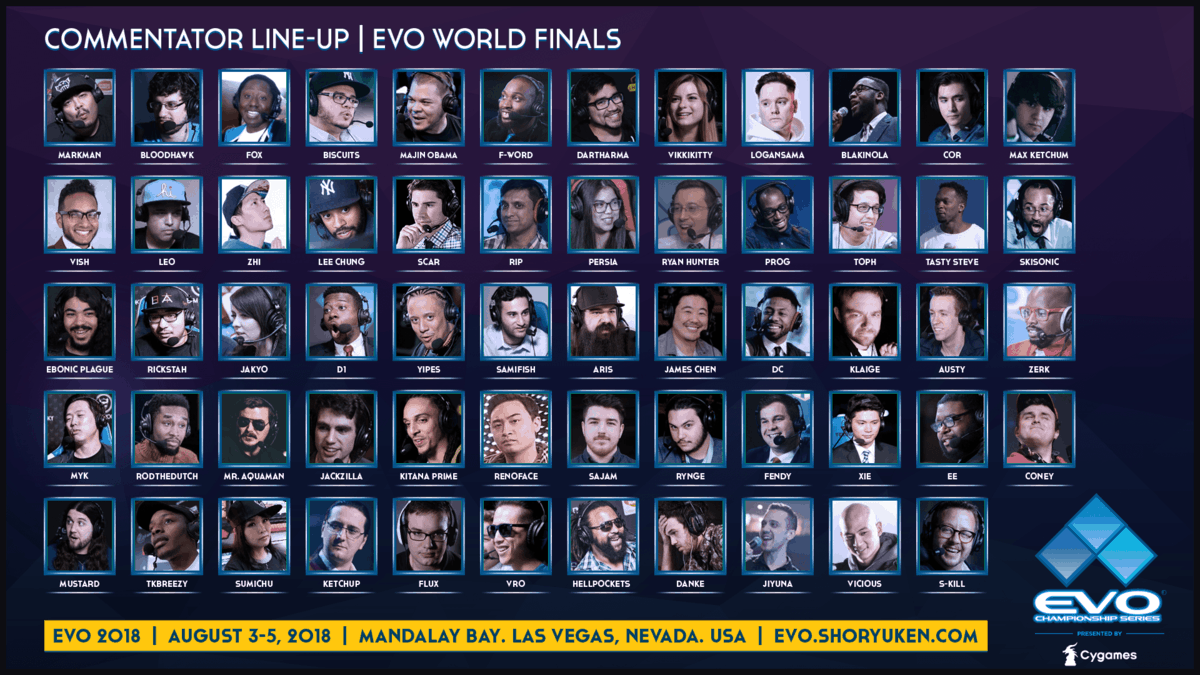 That’s all, be ready for a thrilling weekend following your best fighting games and your favorite players. Also stay tuned for any announcement of new content that might be making way to your favorite fighter.