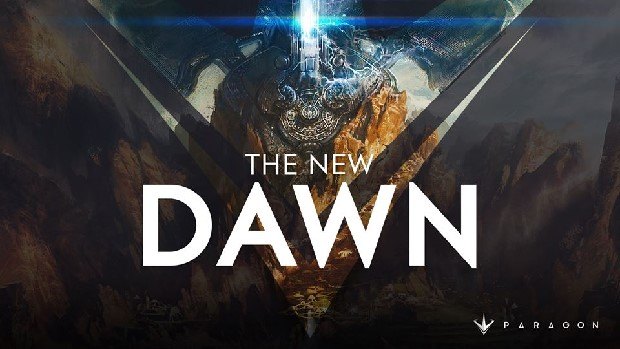 As Epic Games recently talked about more reworks for their third person MOBA, Paragon is set to receive a massive new update today. The Paragon New Dawn update will further build upon the Monolith but also drastically revamp a lot of gameplay mechanics to keep things fresh and fast paced.

According to Epic Games, the Paragon New Dawn will bring new ways to build and customize playable heroes thanks to 100 brand new cards. On top of that, there is also a new Gem system in place which augments Hero stats and unlocks unique effects for abilities.

Some of these new cards include Smokescreen, which as the name suggests puts players in a stealth mode for 3 seconds after they pass a fog wall. Fireball is another new addition that launches a Fireball at an enemy, dealing 250 Ability damage and burning for another 200 Ability damage over the course of 4 seconds. To cancel out enemy player’s ultimate abilities or to prevent them from escaping, the Group Stasis card puts the player and all other nearby Heroes under Stasis for 2.5 seconds which cancels any ability they were channeling.

The Card Deck system is also being revamped with Paragon New Dawn as affinities are now tied to decks instead of Heroes so players can use the same card deck with any Hero. Players can slot up to 6 gems which augment their abilities based on the type of the gem. An Intellect gem will provide Spell Shield that blocks the next enemy ability while Vitality gem provides Ferocity that increases attack speed based on missing health.

The full patch notes can be seen here with details of the new systems coming to the game as well as changes to Iggy & Scorch.

While Paragon may not have been as successful as many had hoped, it still managed to gain more than 7 million players across both PC and PS4. With the New Dawn update and the 33% off Celebration Sale that comes with it, Epic Games hopes to make the game great again and bring more players into the fold.