Endless Space Adds The Search for Auriga For Free 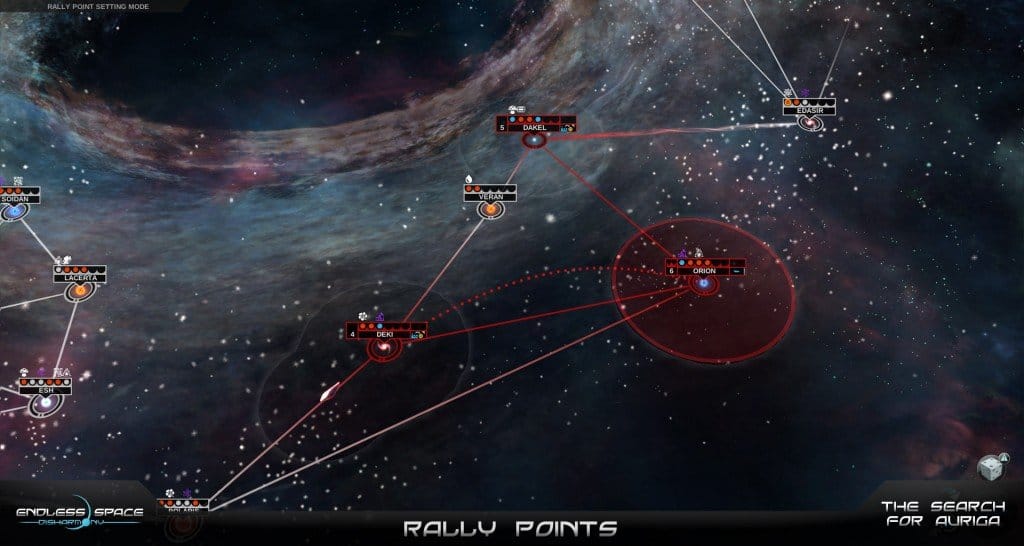 Sleeper hit Endless Space has added The Search of Auriga to its increasing line of support. This fifth add-on is free once more, as were many of its updates before that.

Unlike the other content, however, this freebie is automatic only for those who possess the Endless Space: Disharmony expansion pack, which released earlier this year as one of the only paid additions. You’ll need to buy Disharmony for €9.99, before you can head into more galactic conquest.

The Search for Auriga gets its name from the planet of the same name, which is one of the things included in the DLC. It should grant you a large yet barren planet.

Lore continues with a new Endless Wonder named the Husk of Knowledge. This increases the approval rating of players on that planet, as well as yielding more science per population.

It trades in most attributes for some fairly high wit. The second hero is called Tulela and possesses more moderate stats, averaging out most of its benefits.

On the gameplay side of things, this expansion will improve military and diplomatic decisions from opponents. More importantly, it gives players the choice to set rally points.

Endless Space is but one of many 4X strategy games from publisher Iceberg Interactive, who has signed multiple indie developers in recent years.

This venture is one of their more successful ones, having won both the community vote as well as the grand prize in this year’s Unity Awards.

Developer Amplitude Studios is currently working on the Endless franchise with two other titles. The first project is called Endless Legend and takes the 4X genre from space to the ground, in hex-based combat.

Its other title, Dungeon of the Endless, takes on a different scope altogether in a mix of random dungeons and tower defense elements, presented with pixel graphics.