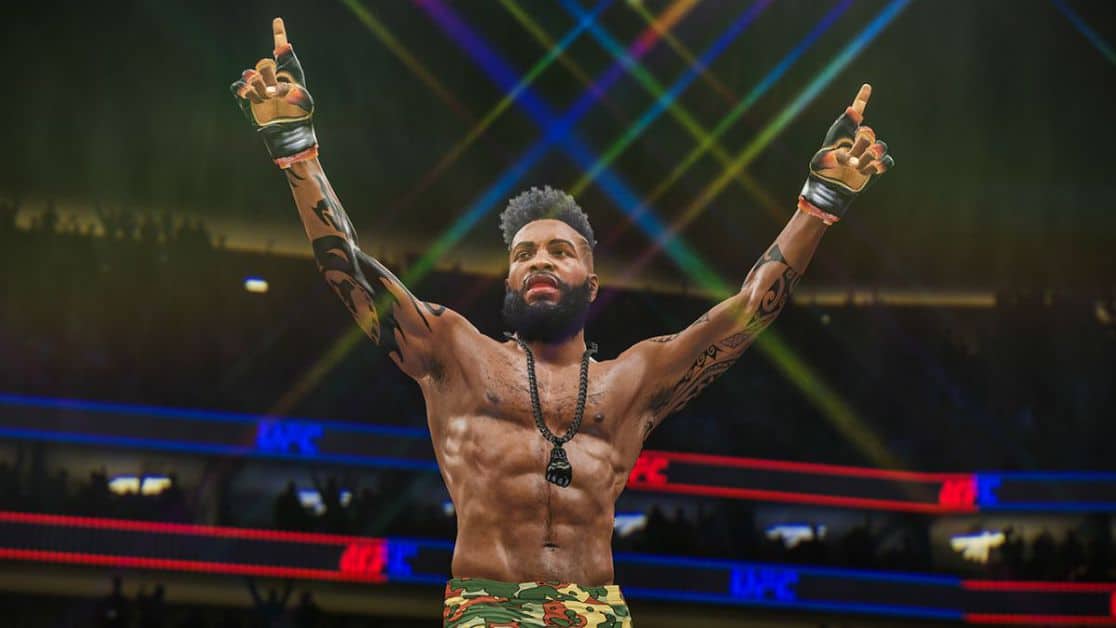 UFC 4 has changed up a few mechanics with its submissions. The game introduces the players to a unique new system that will test your resilience during the heat of the battle.

How to Submit your Opponent
In UFC 4, to submit your opponent you will have to use the LT/L2 and RT/R2 triggers to perform a joint submission. Use the Left-Stick for choke submissions.

As soon as you succeed in applying a joint submission, you will see a circle in the middle of the screen.

The idea is to cover your own red bar over on top of the opponent’s blue bar in order to make them submit.

Your opponent will make sure that you fail by patiently readjusting the position of their fighter’s bar.

Avoiding Failure
Rotating your bar with too much speed, and/or not doing so with a proper rhythm will result in failure.

Rotate your Left-Stick slowly at a constant speed and you should be able to succeed. This tip applies for both offense and defense.

Hit them as soon as they pop up for well-placed strikes. If the defender hits the prompt first, they will block the incoming attack.

Should the attacker happen to hit it first, they will land a successful blow.

Keep an Eye on your Stamina
Having low stamina will cause your bar to fill up much slower. Try to defend or attack for a longer period of time prior to making any significant moves.

Flying Submissions
From the Over Under position use RB/R1 + X/Square to Pull Guard, or RB/R1 + Y/Triangle to perform a Guard Pull followed by a Sweep to Mount.

To perform a Flying Triangle, use the LT/L2 + RB/R1 + Y/Triangle combination.

Furthermore, a Back Rear Naked Choke can be done from the Back Clinch. Use LT/L2 + RB/R1 + X/Square or Y/Triangle.

To do a Standing Guillotine, use LT/L2 + RB/R1 + X/Square from the Muay Thai or Single Under Clinch position.

A Flying Omoplata can be done from Over Under Clinch by using the combination LT/L2 + RB/R1 + X/Square.

Use LT/L2 + RB/R1 + X/Square or Y/Triangle from Collar Tie Clinch to do a Flying Armbar.

Submission Chains, Submission Slams, and Von Flue Choke
Submission can be a double-edged sword. You have a good chance of turning the tables on the enemy by correctly pressing the button prompts.

These prompts will allow you to perform Submission Chains, and/or slam your opponent prior to escaping the choke.

The Von Flue Choke will allow you to become the attacker in the choke. Only available when your opponent is attempting a Guillotine Choke from Full Guard.