Driver: San Francisco On PC Protected By Ubisoft’s DRM and It Sucks 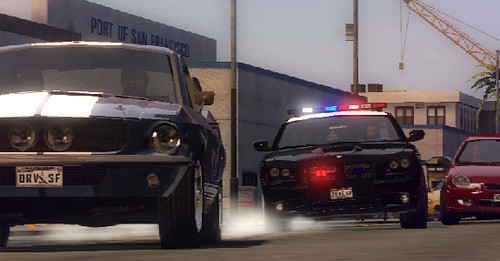 Over the years, PC gaming has been the major victim of piracy, which is also one of the probable reasons that it went through a period of deterioration.

Ubisoft’s DRM protection was a desperate effort against piracy and illegal distribution of games which was first integrated in Assassin’s Creed 2. Instead of protecting the game, it made it unplayable for masses at launch.

You would think a Publisher of Ubisoft’s caliber would learn from its mistake and yes, they did but only for a short period. They have now reconsidered their stance again by requiring a constant internet connection for their upcoming title ‘Driver: San Francisco’.

Ubisoft’s DRM works efficiently but at a great price as even the legitimate owners have found themselves unable to activate their copies of the game in the past. Not to mention that it also affects the online experience a lot.

Despite of huge criticism, Ubisoft still wants to integrate the controversial DRM security system for “Driver: San Fransisco”. Which means that you will need an internet connection to play this game, even the single player.

Is Ubisoft being extravagant here? Since there are many other publishers (like EA, Activision and many more) who don’t create any hassle for their legal buyers just to counteract the piracy.

It’s ironic, Ubisoft instead of countering Piracy may lose few more of its loyal consumers as we have seen in the previous cases. I just hope the new DRM is consumer-friendly else…